While a significant portion of the gaming audience are quick to bemoan such things as remasters, there’s a very specific reason publishers do it: nostalgia. An often overused idea, especially in the world of entertainment, it continually crops up because it works. When you can transport yourself back to a certain time or place through the magic of a game, all of a sudden everything else around you just seems a little bit better. This is The Disney Afternoon Collection through and through.

While someone not familiar with these games may be utterly baffled, anyone who remembers a time where only having two buttons on a controller was okay will be delighted. A stark reminder that 2D platforming really did have something to offer the industry, nearly everything included here is still very playable, especially DuckTales and Chip ’n Dale Rescue Rangers. 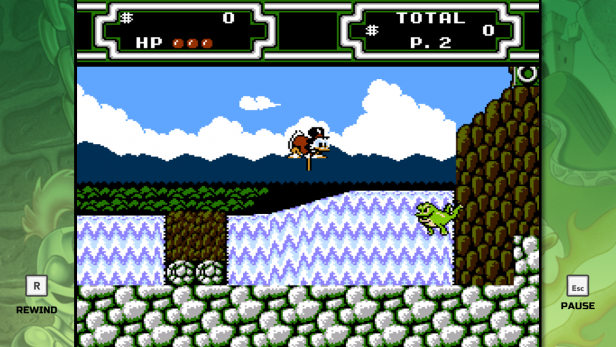 Proving that level design and smart ideas will always trump visual fidelity, the layout and execution of both is excellent. DuckTales in particular still feels very special. Ignoring the idea that progression has to be linear, nearly every stage is utterly free for you to explore, and there’s so many secret areas it’s almost ridiculous. This has more surprises in it than some 2017 releases do, which is saying something given it’s almost 30 years old.

It also contains the pogo jump, a mechanic that not only felt revolutionary back in 1989, but continues to turn up in games today. If that’s not an achievement I don’t know what is, so to be able to return to that here and experience it in its original glory is nothing short of wonderful.

That’s not to say it’s perfect – far from it – and the cheap tricks it often pulls which will lead to your demise are horrible. But Capcom is clearly aware of this, hence why a rewind mechanic has been added to every game. 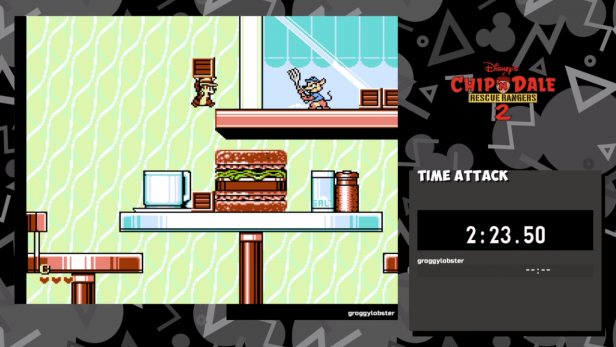 Should you be surprised by a pop-in enemy, or hole in the ground that appears from nowhere, you can simply rewind what just happened and try again. It’s a clear indication that this collection is meant to be played for laughs instead of a true challenge, but there’s still plenty of balance in this regard, too.

Leaderboards and a boss rush mode allow you to completely shift how you approach one of these classics, and the latter especially is a treat if you don’t want to have to faff around with a lot of toing and froing. It almost serves as a gateway into speed-running, giving this an unexpected added appeal. It’s very much appreciated.

The games remain front and centre, mind, and, as mentioned, Chip n’ Dale is a forgotten gem. While hilariously short – you can probably finish it in under an hour if you know what you’re doing – it’s so tightly developed with everything making perfect sense that you can’t help but be taken in by it. It’s nothing more than a platformer you’d expect from the NES-era, but it works, and if you remember it from your childhood you’ll be surprised how well it holds up.

The same can’t be said for TaleSpin, unfortunately. While it’s still nice to revisit, the mechanics themselves feel a bit lost in time. A standard side-scrolling shoot ‘em-up, it’s incredibly slow paced – and boring on occasion – and you never really feel like you have a serious threat to try and stop. You just fly through the skies as Baloo as you try and work out when you’ll finish the thing. 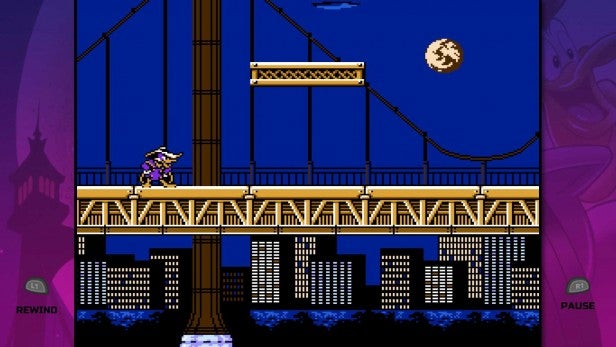 It’s moments like these where the aforementioned boss rush comes into play, though, and takes such problems away, or at least negates them. If you don’t want to plod amongst the clouds you don’t have to. There’s an answer right in your face.

Which brings us to Darkwing Duck. Acting as a catalyst to load up YouTube and relive the cartoon, there are elements which show how advanced these games were back in the day. Climbing sections in 2D platformers still feel novel, so having them here is better still. Throw in some truly great artwork and well thought out bosses, and there’s no reason not to enjoy this on a quiet Sunday afternoon. It’s lovely.

Rounding out the package are the sequels to DuckTales and Chip ‘n Dale which offer mixed results. DuckTales 2 is actually a very smart sequel which, for some reason, often gets lost in the conversation, whereas the follow-up to Rescue Rangers is a decent next step, if not a little worse than its predecessor. Both do a grand job, though. 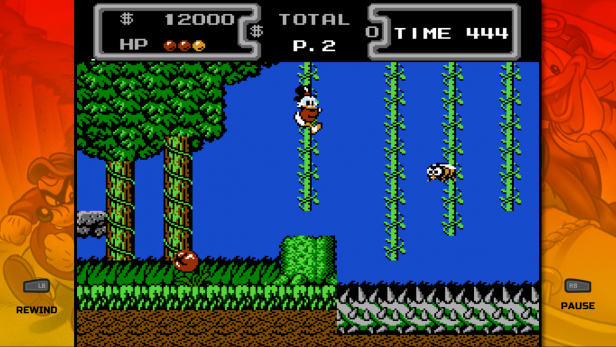 In short, then, if you heard about this concept and your eyes lit up with excitement, you won’t be disappointed, especially as it’s only £15.99. That’s justification enough to come for the nostalgia, the highlight coming in the sense that maybe – just maybe – a simpler time was also a better one…

The Disney Afternoon Collection takes six classic Capcom retro games and offers them to you in a delightful package that will remind you of better days. Lovely.