First launching for PS4 back in 2015, Disgaea 5: Alliance of Vengeance has already proven itself to be a wonderfully addictive strategy role playing game (SRPG) with its assortment of quirky characters and in-depth gameplay. Now, Nippon Ichi’s latest anime-infused epic has made its way to Nintendo Switch in the form of Disgaea 5 Complete.

Compiling dozens of additional scenarios, characters and items missing from the vanilla edition, this is easily the best way to experience an RPG that is bound to absorb dozens upon dozens of hours either in the living room or just before bed.

Much like previous games, you follow a ragtag bunch of misfits in a fictional realm known as the Netherworld. Filled with an unusual array of demons, angels and who knows what else, Disgaea 5’s wacky personality is easily one of its strongest assets. Killia is our main character this time around. Dealing with a troubled past and a mischievous temptress on his tail, the stoic way in which he approaches the madness around him is hilarious at times. 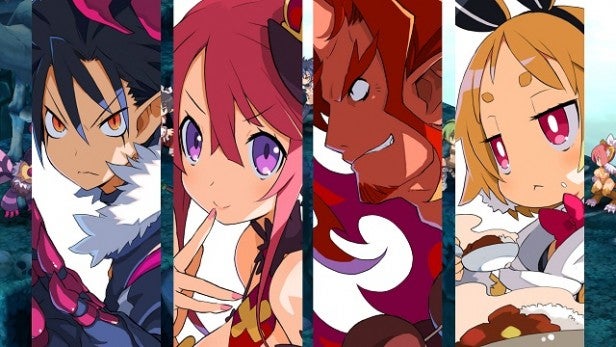 To give you a small idea of how ludicrously wacky Disgaea 5 can get, there’s an entire chapter dedicated to chasing a yellow penguin who’s stolen a freshly cooked curry. Luckily, the silly writing doesn’t detract from what is an exceptionally deep SRPG that demands patience, precision and a huge love for endless stats and numbers. Things start off simple, but you’re quickly thrust into a world that rewards a keen interest in experimentation.

Disgaea 5 Complete’s story mode is dished out across several chapters, all of which tackle unique scenarios while progressing the overarching narrative. You aren’t expected to take the plot seriously, but the writing is sharp enough that it’s easy to get swept up in each new caper and melodramatic development.

The localization is top-notch, with each and every bit of text packed with flavourful character. Your party is equally varied, ensuring things never grow stale even after several hours of play.

In terms of gameplay, Disgaea 5 is very similar to previous games in the series, albeit with a few welcome changes. Taking inspiration from the likes of Advance Wars and Final Fantasy Tactics, moment-to-moment action is a melodic, fast-paced affair that delivers in both satisfying strategy and over-the-top anime spectacle. In order to succeed you’ll need to have a reasonable balance of different classes on the field to keep everyone both powerful and safe in the face of enemies. 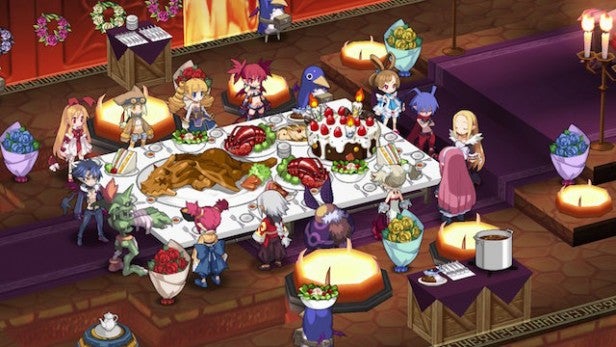 Despite a lack of substantial changes to the series’ formula, it still feels exciting to play. This is largely thanks to how sprawling Disgaea 5 really is. In the opening hours you’ll be dealt several key systems that seamlessly blend together.

The hub world is absolutely packed with NPCs dealing in items, weapons and even the ability to cook up stat-buffing curries. With over 52 unlockable classes, the potential for party creation is almost staggering. All of this stuff is touched upon briefly in the main campaign, but digging deeper in the meantime is certainly recommended.

That’s exactly what I did, letting the dilemma unfolding before me stew into oblivion as I sunk hours into countless sidequests and entertaining side stories. Disgaea 5 Complete comes packed with all past downloadable content released on PS4, meaning it’s possible to recruit iconic characters from past games that pack a hefty punch. So much so that the early hours can feel almost trivial if you recruit them straight away.

Luckily, combat difficulty can be increased through the Strategy Assembly. Depicted as an otherworldly courtroom, you can have NPCs vote on a number of issues that can directly impact how the world behaves.

One such feature that feels almost incomprehensibly daunting is the Item World. Here you can enter the inner workings of any item in your inventory to increase its level. By doing so you gain access to more powerful weapons and armour, which can come in real handy against the hardest of demons. Every item is made up of an endless assortment of procedurally generated levels. This is the perfect battleground for those eager for a cheeky bit of grinding before tackling Disgaea 5’s cavalcade of endgame challenges. 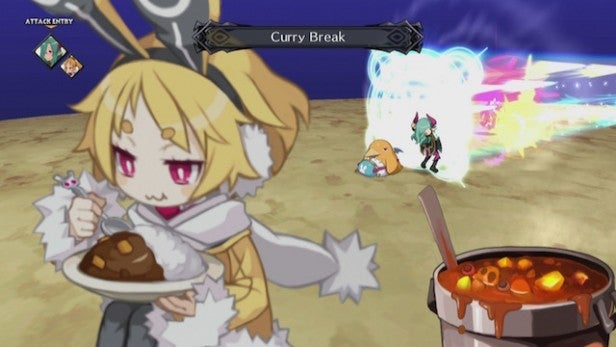 Disgaea 5 is all well and good, but how does it fare on Nintendo Switch? The answer is incredibly well. Nippon Ichi has transported its predominantly PlayStation franchise to the handheld with relative ease. It runs flawlessly and looks gorgeous thanks to its fluorescently colourful art style.

Some of the environments can appear a bit dated, with the focus clearly being placed on sprites and attack animations. I would have loved to have seen Nippon Ichi give the Switch iteration a more impactful visual makeover, but it’s certainly not a deal breaker.

Disgaea 5 Complete is a great role-playing game for the Nintendo Switch. JRPG fans have hundreds of potential hours of content to dig into here, all of which is brilliantly presented with imaginative, zany characters that seldom disappoint. And you can make your very own curry, who wouldn’t love that?