Dirt 5 isn’t the next-gen technical showcase you were probably hoping for, but its excellent off-road tracks are an absolute delight to race on while superb modes such as Arcade, Playgrounds and Online/Offline multiplayer provide enough gas in the tank for numerous revisits.

Dirt 5 has found itself to be the sole racer in the next-gen lineup for the PS5 and Xbox Series X, with the genre renowned for showcasing the graphical horsepower of new consoles.

From Ridge Racer on the PS1 to Forza Motorsport 5 on Xbox One, racers have historically taken advantage of new hardware by introduce jaw-dropping features such as 3D graphics and photorealistic visuals.

In a similar vein, Dirt 5 has become the first racer to introduce variable refresh rates to consoles, allowing you to whack the frame rate up to a dizzying 120fps if you own the compatible hardware. This means visuals appear significantly smoother when speeding around a tight bend or racing with several other vehicles on one screen.

However, with Codemasters opting for a cartoonish visual aesthetic over the realistic graphics typically found with racers, it may not be the spectacular showcase that prospective PS5, Xbox Series X and Xbox Series S fans were hoping for. 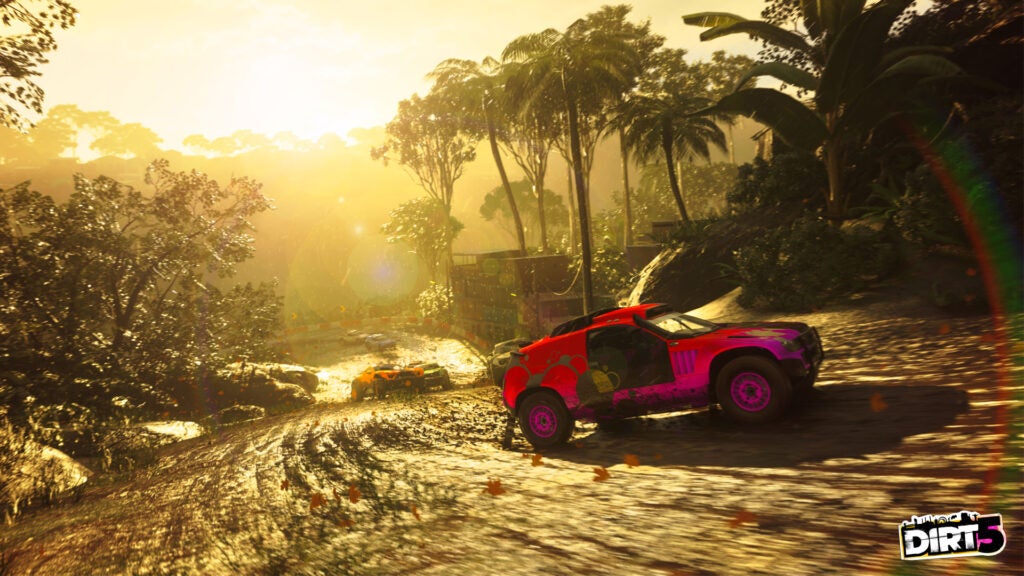 I was able to play through Dirt 5 in its entirety on Xbox Series S, using the Xbox One S as a comparison for the generational leap. I can confirm there’s a substantial improvement between the two consoles, with the Series S seeing brightly coloured environments afforded more vibrancy and the muddy roads displaying finer detail. But do these improvements boast the wow factor as Forza Motorsport 5 did when debuting on the Xbox One? Not really.

That’s not to say that Dirt 5 looks bad. In fact, on both consoles I was impressed by the finer details. Mud will flick up off the road as you spin your wheels through the jungle tracks, while the neon lights are reflected back into the glassy white ice road of the New York track, both resulting in stunning visual effects.

Codemasters has also done some stunning work on the background scenery, with Nepal giving you the towering Himalayas to ogle, while driving through the Norway tracks at night can see the gorgeous Aurora Borealis illuminate the road. Such sights are such good eye candy that I’ve often been distracted for a second too long and ended up crashing into the back of rivals. 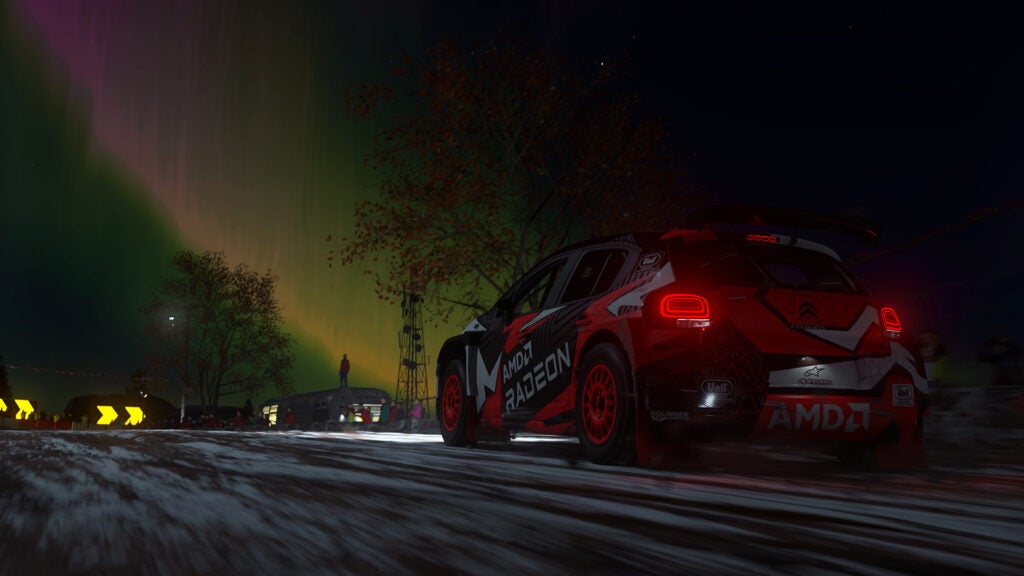 But it’s the unnaturally colourful style of Dirt 5 that makes such sights stand out rather than the realistic graphical fidelity. Nobody will be walking into the living room and mistaking Dirt 5 as a real-life Motorsport Rally. This arguably emphasises the game’s playful nature, as Codemasters focuses on providing accessible fun rather than simulating a realistic rally experience.

The one area that next-gen hardware has done wonders for Dirt 5 is the performance. On Xbox One S, the majority of races began with jittery visuals as the console struggled to maintain a stable frame rate. The performance soon evens out, but taking a corner too quickly or filling the screen with one too many cars will quickly see jarring performance issues rear their head.

Codemasters fortunately offers an optional ‘Performance Mode’ which resolves this issue, but consequently reduces the graphical quality and removes the likes of crowds for a less immersive experience.

On the Xbox Series S, I was able to maintain a stable 60fps performance, while retaining all of the lovely visual features that immersed me in the action. What’s more, Dirt 5 offers a 120hz mode on next-gen consoles that pushes the frame rate performance even higher, provided you have a compatible display. I personally didn’t notice much of a difference from the standard modes, and so preferred to prioritise visuals over performance, but it’s still a very welcome feature for racing purists who simply refuse to compete at 60Hz. 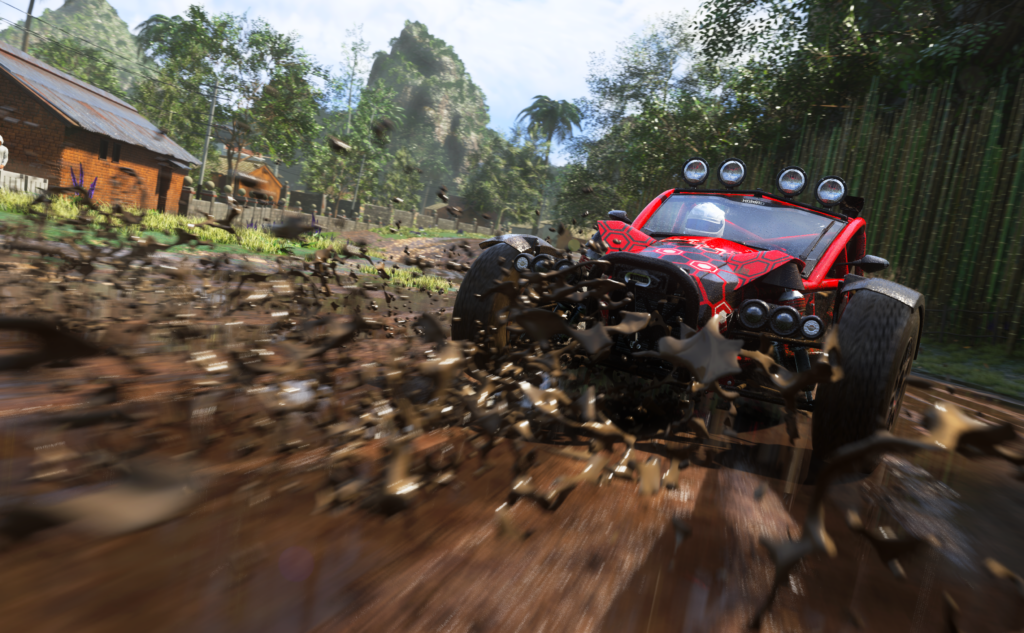 Focus solely on the next-gen upgrades though, and you’ll likely come away disappointed by Dirt 5 – this isn’t the graphics showcase you were hoping for. It can’t be faulted for its exhilarating off-road racing though.

While hardcore racing simulators focus ardently on perfecting corners and memorising race courses, Dirt 5 is all about tackling off-road terrains. Mud will reduce the traction of your wheels, ice will cause you to skid wayward and snow will slow you down significantly. Learning how to deal with each terrain is a fun challenge in itself, and helps each track to feel memorably unique.

Codemasters has even been able to tweak the Xbox controller’s vibration so each terrain type feels recognisably different, with rocky roads causing a continuous rumble and muddy slopes triggering a low-key judder. The fantastic sound effects contribute even further to this immersion, from the loud roar of engines to the high-pitched whoops from the crowd.

And then we have the dynamic weather effects, which not only look impressive but also act as their own obstacles. The sandstorms in Morocco will reduce visibility drastically, while a sudden rainstorm can turn dirt tracks to muddy streams, forcing you to adapt between laps. Some courses also feature a day and night cycle, making it gradually darker until you’re engulfed in darkness with only infrequent lightning flashes providing a good look at the upcoming bends.

Starter courses will generally only test you with one type of terrain, but as you progress you’ll soon face a mixture of sand, mud and gravel on a single stretch of road, with dynamic weather adding an additional spin. Dirt 5 does an excellent job of easing newcomers into the world of rally racing, with the Career mode seeing a very gentle difficulty curve. 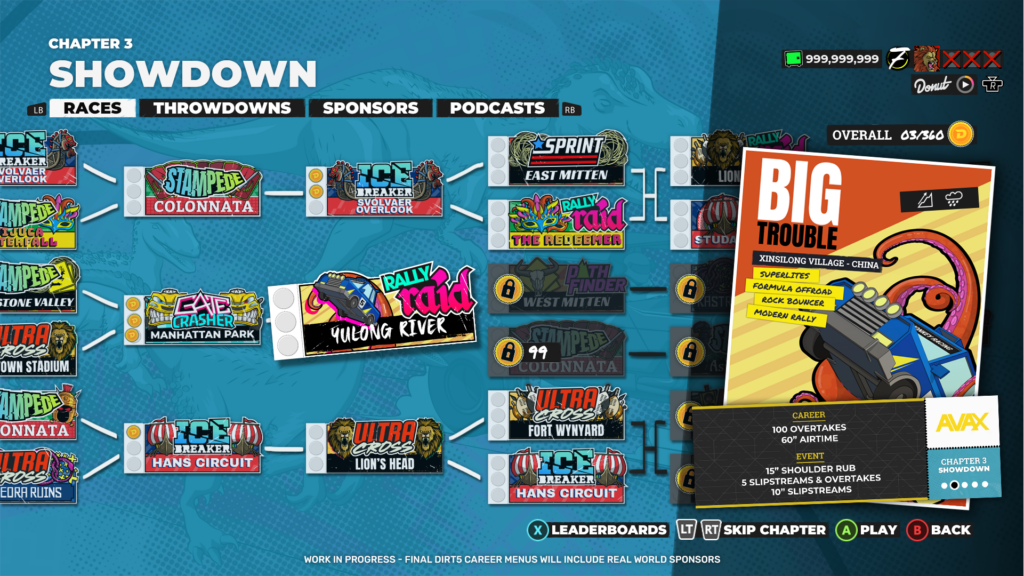 I do however feel the career mode does a lacklustre job of giving you an incentive to win, as you only need to cross the finishing line in order to unlock the next course. You do at least need to earn stamps in order to progress past certain roadblocks – with a first-place finish earning you three stamps, and second-place finishes rewarding you with two etc – but I managed to see the credits roll after acquiring just 133 stamps out of a possible 375. This makes completing the game a fairly easy task on forgiving difficulties, although it still provides a suitable challenge for completionists.

Dirt 5 also features an overarching story that’s supposed to act as the driving force of the Career mode, with voice actor Nolan North taking on the role as rival driver Bruno Durand. Unfortunately, I encountered an audio glitch early on that muted all of the voice overs and music in the main menu, and so I was limited to pop-up subtitles for the entirety of the narrative. I didn’t miss much judging by these subtitles, as the dialogue was riddled with even more clichés and cringey taunts than what you’d find in a Fast & Furious movie.

The technical hiccup is still a major concern, as the only way I could remedy it was to start a new game, with console restarts doing nothing to resolve the issue. The actual races themselves usually loaded the audio and sound effects without a hitch, and so didn’t adversely impact the interactive segments, but the absence of music meant navigating the menus in silence was a rather awkward experience. 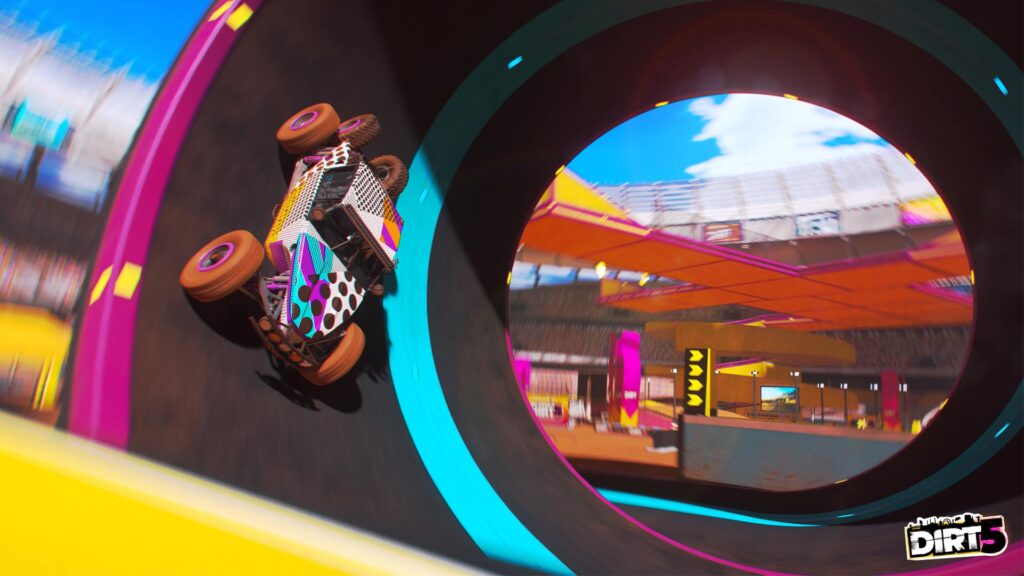 Dirt 5 features many other modes outside of Career, including Arcade where you get to pick out any of the preset tracks for your own custom races, and a Time Travel mode where you can compete with your own records. Split-screen multiplayer also allows you to play all of these single-player offerings with a friend, including the career mode. There’s so much replayability here that I really doubt anymore will grow bored of Dirt 5 quickly.

You can also race against players online if you want to really test your skills, but my favourite online feature was Playgrounds, which allows you to build new race courses from scratch, or play courses designed from other players around the world. So far I’ve been able to race through a variety of wacky courses, including one that’s essentially the Rally Driver equivalent to Alton Towers. If enough players are willing to show off their creativity, I believe it’s here where Dirt 5 will offer the best long-term value.