It takes a while to adapt to, but there are aspects to like about the effect the Dirac Mobile app has, whether it's the wider, fuller soundstage, the projection of vocals and the sense of space it produces. This is one to keep an eye on once price, support and launch date are announced

Announced at CES 2020, Swedish audio company Dirac has a new mobile app that uses its algorithms to boost music playback.

Dirac has plenty of experience in the audio-correction market, both in the home and professionally, and the company has drawn on that expertise for a new app to boost your music library.

We’ve heard similar claims before, but the past year has seen an increased focus to extract better audio experiences from mobile devices without the need to splash out on expensive new software or hardware.

So, does the Dirac Audio solution meet its goals – or is this a case of marketing hyperbole? 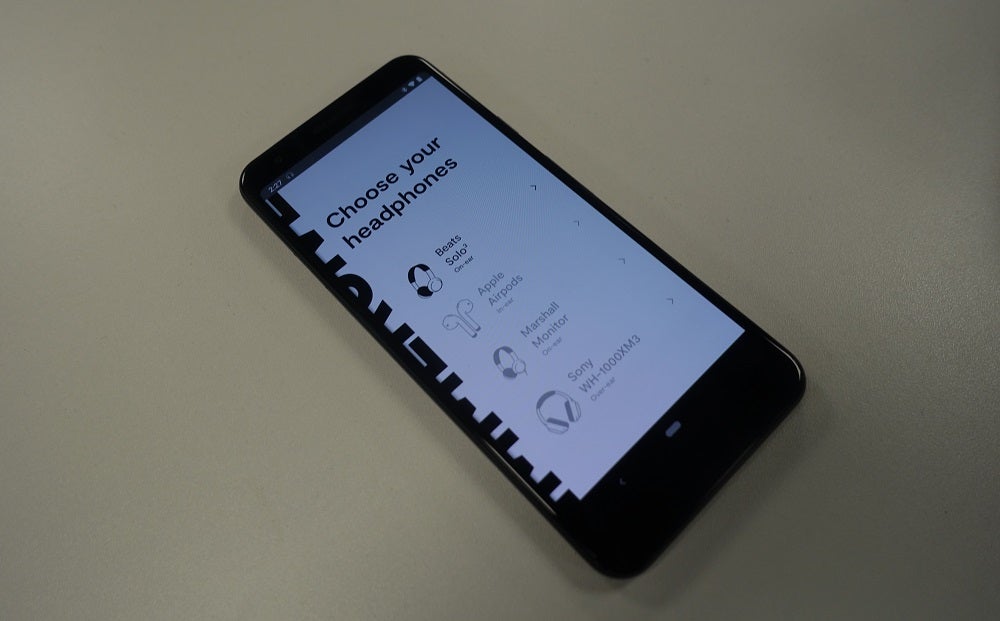 Open the app and there’s a choice of headphones the Beats Solo 3, Apple AirPods Marshall Monitor and Sony WH-1000XM3 to choose from, but there are plenty more in-ear, on-ear and over-ear models from the likes of Audio-Technica, Bang & Olufsen, JBL and Sennheiser that are supported. The idea is that using Dirac can make your headphones better, irrespective of the model you may be using. 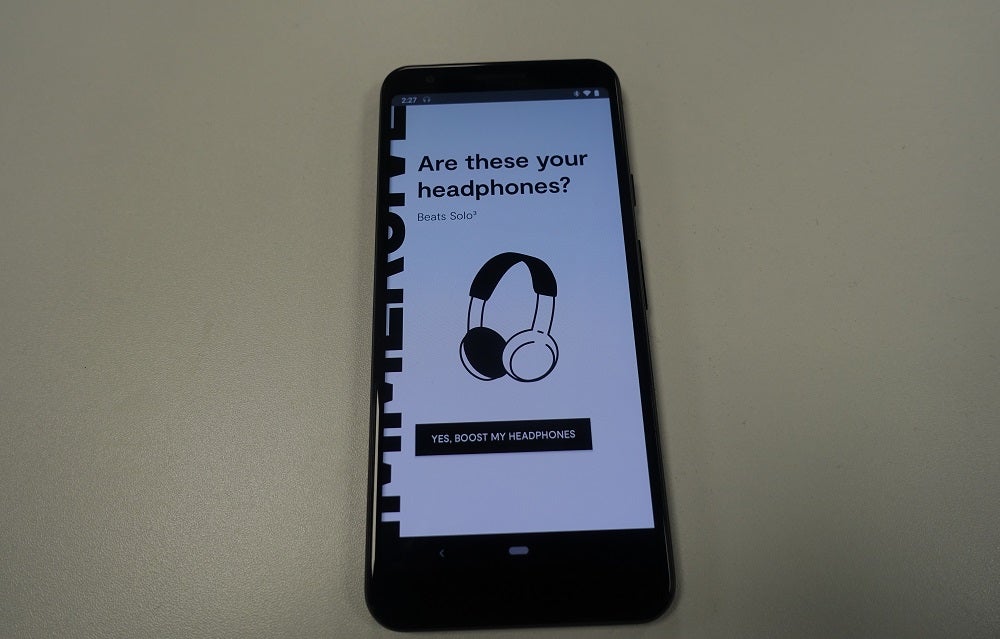 With our Beats Solo 3 connected, the app asks to boost your headphones, tailoring its correction filter to adjust the balance between high, mid and low frequencies, alongside adding its spatialisation algorithms.

Once done, it will take to your media player of choice – in this case Spotify. Dirac has said it’s in talks to bring its technology to other streaming platforms, too. To toggle Dirac on and off, just swipe down to bring up the notification screen.

The benefits of using the app are instant. Immediately, you can hear that it’s a more glued together and spacious soundstage, as well as a fuller sound.

Vocals are projected with a better sense of clarity and greater proximity, making them sound closer and more enveloping. Toggle it off and vocals sounded further away, with the sound more constrained and smaller by comparison. The effect the Dirac mobile app has is one of bringing instruments and vocals forward and spreading out the soundstage – and it works impressively well. 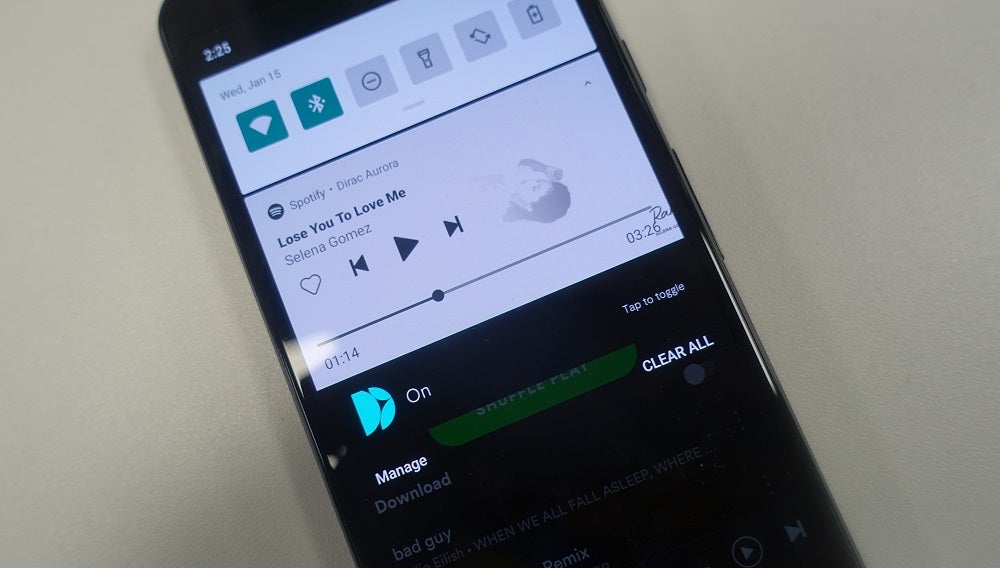 However, there are some aspects that aren’t handled as deftly. That sense of depth you get from a stereo presentation is affected. With a track such as Danzon No.2 by the Singapore Symphony Orchestra, where previously the string instruments would stand apart from the woodwinds, they now appear as if on the same level. This creates a broader soundstage, but results in the diminishing of that sense of depth. 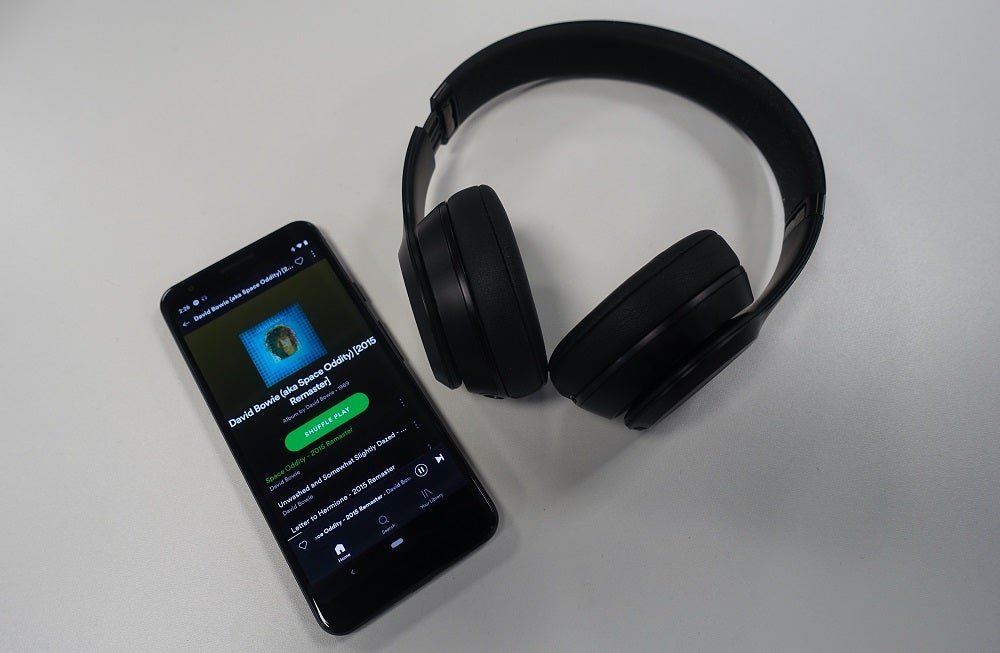 Next up is David Bowie’s Space Oddity, where bass is more pronounced, in what is a more emphatic presentation. It does take a while to get used to the differences between tracks played with Dirac on and  without. For instance, the acoustic guitar moves from its placement in the left earcup towards the middle. Perhaps the best compliment I can make is that the Dirac version feels better and less constricted than the ‘normal’ version.

Bad guy by Billie Eilish gets a tighter, more expressive bass performance that doesn’t come at the expense of the clarity of her vocals. It also becomes far more energetic, with a warmer sound as Dirac is applied, and that doesn’t make for the most relaxing of listens.

The Dirac app is an interesting approach to beefing up mobile sound. It will take some time to adapt to the differences, of which there’s plenty to like, including the wider, fuller soundstage, the projection of vocals and the resulting sense of space. However, I do feel there’s a slight diminishing in terms of depth, and the level of bass, accurate or not, may prove distracting to those more used to the “standard” versions.

Perhaps the characteristics will favour some music genres better than others, much like Dolby Atmos Music works less well at taking rap/hip-hop and turning it into 3D audio.

Others are likely to find Dirac’s rendering of music more accurate and the results more enjoyable. I, myself, am rather intrigued by it. With price, further support and release date yet to be confirmed, this is one to keep an eye out for when it launches.