The Dimplex MaxAir is an incredibly powerful and effective fan, combined with a similarly effective heater. It isn’t beautiful, but it’s smart enough to stay out all year, making it a good choice if you just want a single device for use in both hot and cold weather.

What is the Dimplex MaxAir?

While most fan heaters have a fan-only mode, few are up to circulating air on the hottest summer days. Dimplex’s MaxAir is different, combining a genuinely powerful fan with mighty 2.5kW heating. It comes with a remote control, but also links to Dimplex’s smartphone app via Bluetooth. While it’s expensive, it’s less than half the price of my favourite smart hot and cold appliance: Dyson’s Pure Hot+Cool. Could it be a more keenly priced alternative? I put it to the test.

Dimplex MaxAir – What you need to know

Dimplex MaxAir design – Big, but not quite beautiful

Dimplex’s MaxAir aims to combine two products in one: a powerful fan for summer, and a heater for the winter months. Unlike single-season fans or heaters, you’d expect a combined device to remain on display year-round, so in an ideal world it needs to be a bit of a looker.

Dimplex has almost pulled it off, creating a modern-looking tower sat on a heavy glass base. The control panel is colourful, and the output grille and its feature LED lighting look like they mean business. However, the overall effect is slightly cluttered, with too many features and mis-matched finishes. It isn’t ugly, but neither does it have the slick look of the best rivals.

Among these sits Dyson’s Pure Hot+Cool, which combines heating and ventilation with air purification and monitoring. The MaxAir does without the latter two features, and its smartphone app makes do with a Bluetooth rather than Wi-Fi link. Consequently, it doesn’t support smart control from services such as Amazon Alexa, but then it is less than half the price of the Dyson Pure Hot+Cool.

The MaxAir arrives without its base, but it’s quickly secured by hand with the supplied nut, after which five rubber feet keep it planted securely. The front mostly consists of a large black grille, bracketed by LED light strips that glow blue in fan mode, and red when heating; you can turn them off if they’re not to your taste. At the top is a colourful control panel with touch buttons. There are three heating modes: constant low or high power, or an intelligent mode that steps down the effort as the target temperature is reached.

At the rear you’ll find a slot to store the supplied infrared remote control, and a large intake grille that unclips to provide access to a washable air filter. At the base you’ll see what is one of the thickest mains electricity cables I’ve seen. I discovered the reason for this during my tests – with peak power consumption very briefly exceeding my meter’s 15A rating, equivalent to more than 3.6kW. This initial high peak is typical of positive temperature coefficient (PTC) ceramic heaters at startup; it quickly falls back to more reasonable values.

The MaxAir’s control panel is responsive and quite logical, with a power button, one to cycle through the three available fan speeds, another for the heating modes, and others for the 12-hour timer and for selecting the desired room temperature. A final button controls oscillation, although the range is narrower than ideal: slightly less than 90 degrees. The touch controls are easy to use

The infrared remote control is home to the same buttons. While the control panel has a two-key shortcut to toggle the feature lighting, there doesn’t seem to be one for the annoyingly loud key beeps. 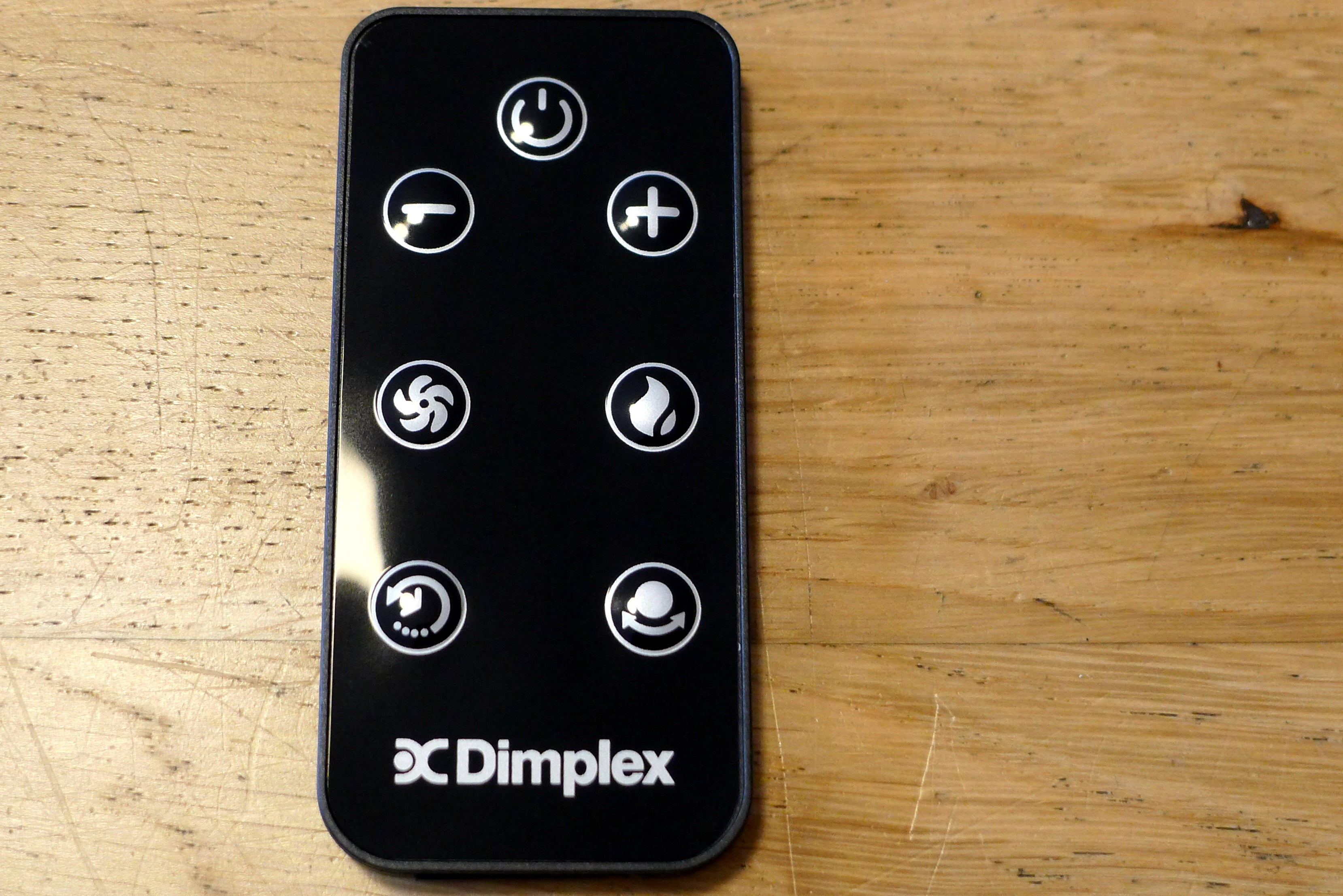 We had some issues getting the MaxAir to work with Dimplex’s Remo app on a phone running Android 8.1.0. During pairing, the phone asked for a PIN code, which isn’t provided in the heater’s documentation. I had no such problem on an iPhone 7 running iOS 11.2.1, which magicked up the PIN code – I noted it down and used it to connect the Android app.

For the most part, Remo duplicates the features found on the device itself, but it also lets you switch between Celsius and Fahrenheit, toggle a useful keylock, and – mercifully – silence the key beep. 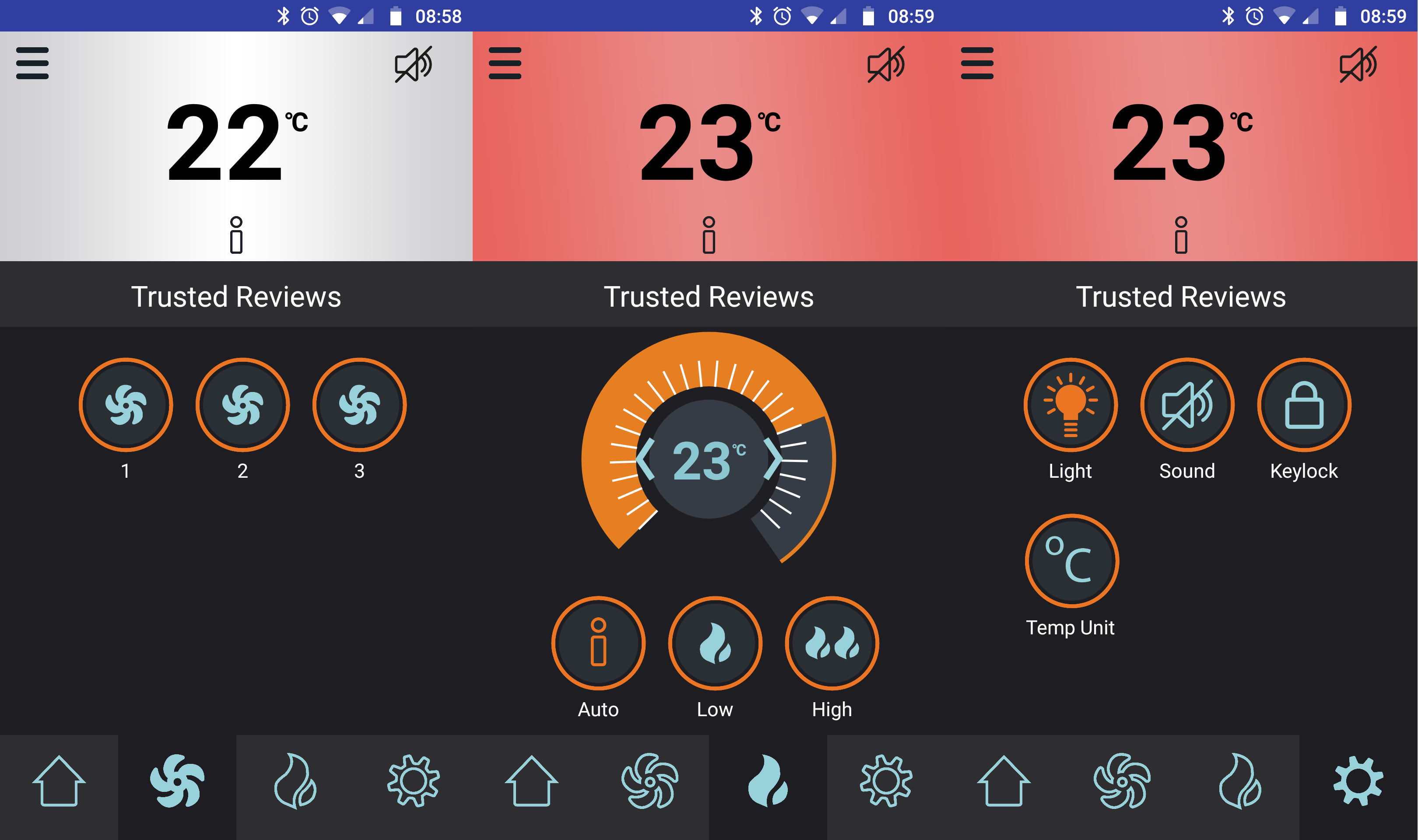 We had a bit of trouble setting it up, but the app is a neat way to remote control the fan heater

This is a powerful heater and, as I’ve already mentioned, its peak consumption was literally off the chart. According to my socket meter, power consumption quickly stabilised to just under 2.6kW on the high heat setting, and 1.5kW on low. In fan-only mode, consumption ranged from 36 to 47W, depending on the fan speed. With the fan and heat off, consumption was 4W, dropping to just 1W with the LED feature lights switched off.

While the MaxAir is power-hungry, it produces stunning results. Its fan is among the most powerful I’ve measured, ejecting air at up to 5.7m/s when measured from 15cm. Measured 1m away, maximum wind speed was a still-impressive 3.6m/s; even at 2m I recorded 2.1m/s. This backs up what your senses tell you: that the MaxAir is a great way to circulate air, even in quite a large room.

Heating performance was equally impressive. Tested at full power over 30 minutes in a 48 cubic-metre bedroom, and measured with two thermometers on opposite sides of the room, it raised the average temperature from 20.5℃ to 23.7℃ – the biggest increase I’ve recorded. During this time it consumed 1.33kWh of electricity. That’s about a third more than a typical 2kW fan heater, but after half an hour the room had become almost unbearably warm. At a normal temperature setting, the MaxAir would have stepped down the heat and used less electricity. 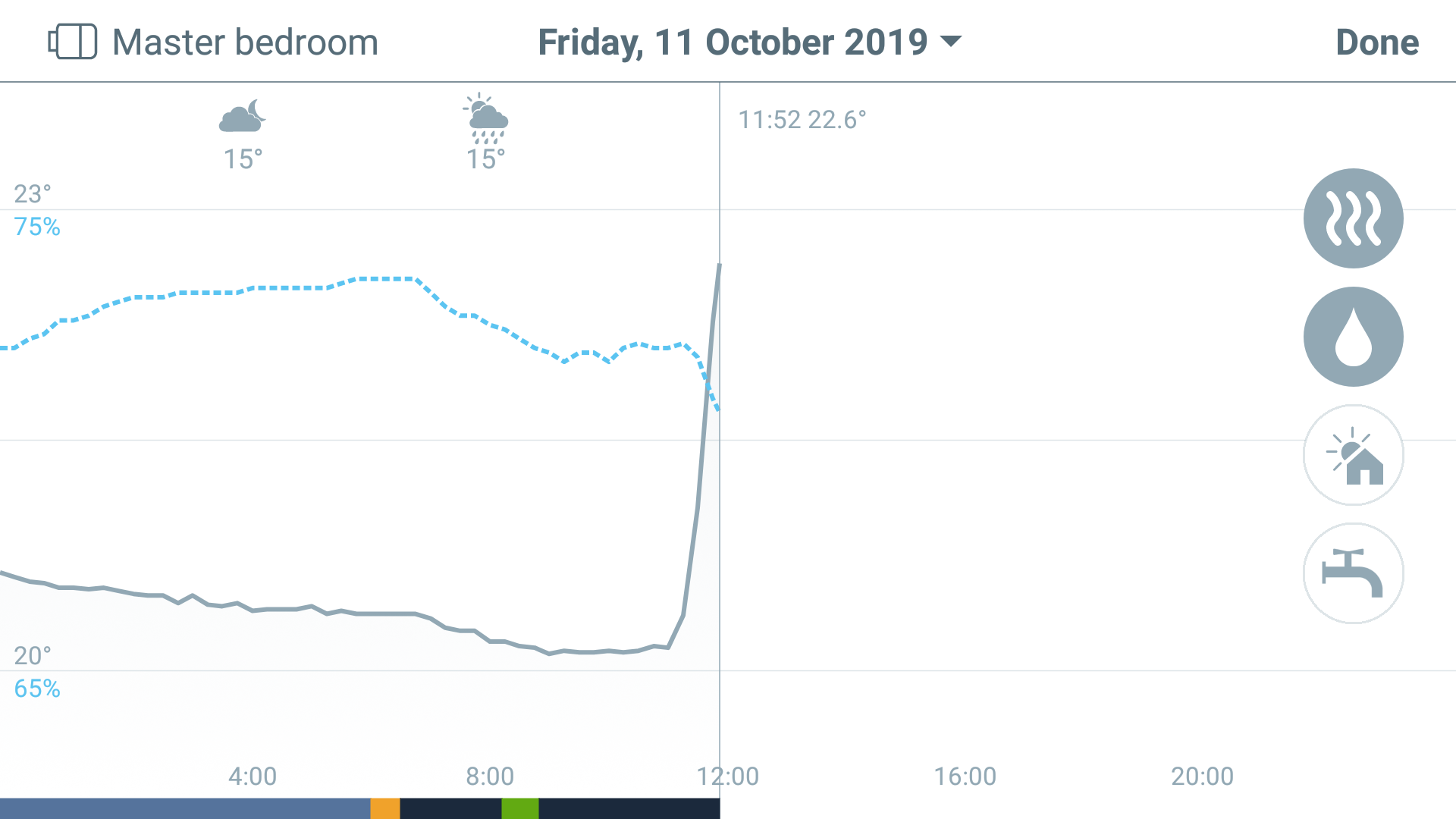 The one major problem is noise. Even on its lowest setting, with my sensor out of the airflow, I measured sound from the MaxAir’s fan at 43.6dB over 15cm, and 38.2dB at 1m. At full chat, these figures rose to 52.3dB and 44.9dB respectively. While neither is deafening, that’s enough that you might need to raise your voice slightly. This isn’t ideal if you’re watching TV or trying to sleep.

Ideally, the MaxAir could do with a slower, quieter fan speed. However, one advantage of the powerful breeze is that, despite its strong heater, I measured a maximum air temperature of 45.2℃ just 15cm in front of the grille. While that’s hot, it shouldn’t be enough to risk burns during brief exposure.

The MaxAir as a whole has protection against overheating or tipping over, making it safer in a house with pets or kids. Be warned, however, that the latter may be fascinated by its colourful lights.

Should I buy the Dimplex MaxAir

The Dimplex MaxAir is an incredibly powerful and effective fan, combined with a similarly effective heater. It may not be beautiful, but it’s smart enough to keep out all year, making it a good choice if you’re after a single device for warming and cooling. I found it capable of creating a genuine breeze or quickly warming up a medium or large room. While comparatively expensive, it seems well made, offers plenty of features, and is backed by a three-year warranty.

This is an easy-to-use heater, and Dimplex’s Remo app provides a welcome extra method of control. However, with no Wi-Fi support integration with Google Home or Amazon Alexa isn’t possible. This, along with the lack of air monitoring and purifying, are the key differences between it and the Dyson’s superb Pure Hot+Cool. If smart control and air quality are important, it’s still worth saving up for the Dyson. If you just want lots of heat or breeze, the MaxAir is an excellent year-round device.