Noise cancelling earphones face several difficulties. Not everyone realises the difference between them and noise isolating earphones, a misunderstanding that’s compounded by the premium the technology incurs. Digital Silence is here to try and bring this noise-busting tech to a whole new budget audience with these DS-101A earphones.

Digital Silence is a relatively new brand, conjured up by audio stalwarts Wolfson Micro to show off their noise cancellation in the mainstream market. The Digital Silence DS101-A sell for around £39, a fraction of what some better-known solutions retail for. 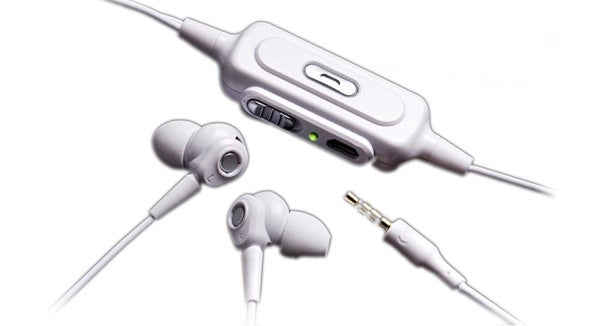 Their design invites confusion, because they look just like a standard IEM pair – which use noise isolation to keep out external sound. Noise isolation in earphones involves using either silicone or foam tips to turn your earphones into earplugs, physically blocking out noise. Although the Digital Silence DS-101A also use rubber tips, they’re not the most active part of this isolation equation.

On the back of each earbud are sound holes, which naturally let sound in and out. Without having noise cancellation enabled on the remote housing, noise isolation isn’t too good here. Switch it on and things improve though.

The Digital Silence DS-101A earphones have microphones on each earpiece that monitor ambient sound. Sound waves the inverse of this ambient noise are then pumped through the speakers – along with any music you might be playing – to cancel out this unwanted noise.

This entry-level model uses an analogue circuit to create the noise-nullifying signal, within the chunky housing that sits roughly 1m up from the jack plug. There are no settings to pick from on this front – just an on and off switch.

A rechargeable lithium battery powers the noise cancellation, and offers up to 30 hours off a charge – stamina comparable with the best sets available. The battery is charged over microUSB, which is mighty convenient when most new smartphones use this connector. Also on this housing is a call accept button, although the microphone itself is further up the earphone cable – around 10cm or so from the right earbud.

As handy as this control box is though, it does weigh down the cable in a way that other earphone hands-free units don’t. The Digital Silence DS-101A earphones offer up a strong belt clip, but having to consider somewhere to put it is a pain. If you’re wearing a jacket it’s no biggie, but during those (admittedly short-lived) T-shirt-wearing summer months it’s sure to irritate. It’s a little bit too heavy to comfortably leave dangling, and the weight could lead to wear on the connection between the bud and cable before too long. There’s not enough cable between the earpieces and housing to let you clip it on a trouser pocket either.

This difficulty is one reason why many noise cancelling units use an on-ear design rather than an in-ear design – it allows all the tech gubbins to be stashed away in the headphone itself.  Here there’s just not room.

If you’re a veteran earphone wearer, there’s a good chance you’ve used a noise isolating pair before, but the Digital Silence DS-101A’s noise cancellation is altogether different.  It robs ambient noise of its strength, like an intense form of sonic liposuction that sucks-out all its fat and muscle, leaving only some reed-thin bones.

It’s very successful at removing drones and dins common to modern city life. The rumble of passing cars’ engines, the roar of the tube and – less common for most – the huge humming sound a jet engine from within a pressurised airplane cabin. Noise cancellation is more successful at getting rid of these distractions than noise isolation, but in other senses it’s slightly less effective. A rubber bung in your ear muffles sound reasonably well across the frequency spectrum, but noise cancellation is less effective at dealing with intermittent, mid-range and treble noise.

The Digital Silence DS-101A’s IEM-style design helps a little on this front, even with the sound ports on the back of each earpiece. However, they won’t completely block out some potentially-annoying noise, such as nearby conversations, the clattering cutlery of people eating and other such sonic treats. Most importantly though, they wipe out the need to turn up your player’s volume to combat the noise of the city. It tends to be the bassy burble of engines of one sort or another that hijack your listening experience around town – something that can still a problem with less-isolating IEM earphones.

The DS-101A are less aggressive in their noise cancellation than the market’s “reference” system, Bose’s. They don’t zap quite as much noise as the Bose QC3, for example, but this extra power isn’t an unmitigated benefit. The Digital Silence method puts lets pressure on your inner-ear, something that you can actually feel.

With a Bose set, the initial feeling you get is similar to many experience in an airplane when changing altitude, which can lead to classic ear-popping awfulness. The less intense noise cancellation of the DS101-A leads to a less intrusive sensation – although admittedly we got used to the Bose QC3’s more aggressive style pretty quickly. 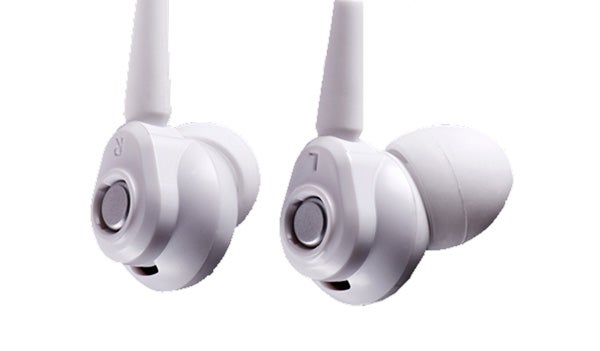 The sonic effect can also end up sounding more natural too, though. We took a Bose set and the Digital Silence DS-101A out in London’s Underground system for a test drive, and while we found the Bose more effective, it sometimes resulted in some odd effects. While Waterloo Station’s bassy hubbub evaporated, the remaining higher-end ambient noise sounded like the cheers of a far-off crowd. Very odd indeed. The Digital Silence earphones’ cancellation was less complete, but came up with no such side effects.

With noise cancellation engaged, there’s a slight hiss at all times. It’s not particularly noticeable when playing music, and is far preferable to outside noise in all but the quietest environments, but is there nevertheless.

A common criticism of noise cancelling earphones and headphones is that their prices are pushed up too far by the inclusion of additional tech. Consequently they cannot compete in sound quality with similarly-priced standard sets. The Digital Silence DS-101A mostly revert this trend thanks to their very keen pricing. Digital Silence knows it cannot rely on branding to sell its products, and we’re the beneficiaries, friends.

The DS-101A earphones have a warm and fairly punchy sound that has a cohesion we might compare to Sennheiser’s lower-end (but still darn good) CX-series models. Bass is powerful without expanding too far beyond its boundaries to muddy the rest of the frequency range. These aren’t high-end earphones, and the treble fidelity and insight in particular are limited, but when you consider the functionality included in this package, you can only conclude that the DS-101A represent excellent value.

Unlike many noise cancelling sets of headphones, the sound of the DS-101A isn’t hugely affected when cancellation is switched off. It isn’t difficult to keep the 30-hour, microUSB-chargeable battery charged-up in most situations, but being able to listen happily without power-guzzling cancellation is handy for long trips away from your AC adapter. The stamina of the battery means it’ll outlast many media players’ batteries anyway.

For all its positive points, the Digital Silence DS-101A aren’t earphones we’d recommend to all and sundry though. The noise cancellation unit irritates at times, they leak sound more than a standard IEM set and in some situations noise isolation is more effective than the cancellation on offer here. If you want to block out the conversations of co-workers in an office, you’d be better off with passive noise isolation. If you want an exercise set, this isn’t it either – even though it’ll mask passing traffic during a run very well.

To diminish the din of tube trains or aircraft engines while travelling though, they’ll do as good a job or better than a noise-isolating pair. That they let in higher-pitch intermittent noise too, which means you won’t miss the train announcer telling you that you’ve arrived at your stop.

The Digital Silence DS101-A offer a lot for the money – fairly effective active noise cancellation, a handsfree kit, good sound quality and a rechargeable battery pack. However, there are downsides to this deal. Thanks to a semi-open design, they leak sound more than a noise isolating earphone and the battery/control housing becomes an annoyance unless you always wear a jacket to attach it to. If you really need noise cancellation rather than isolation though, they’re stonking value.