Given the GigaGate’s particular skill set, I tested the device a little differently to a normal router, extender or mesh router system. With those systems it’s important to get a sense of how they perform up close and at a variety of ranges and locations. However, the GigaGate is all about bridging a somewhat sizeable gap, so testing at close range is pointless.

As such, I tested in two configurations. Both began with the GigaGate base plugged into a router on the ground-floor front room of a house. In the first test, the satellite was plugged in on the first floor, towards the back of the house. The resulting distance was approximately 6m, with the signal having to pass through two brick walls and one floor.

This test simulates a scenario where perhaps your router is a little weak, so the signal strength has dropped quite a bit by this point and your power cabling is set up in such a way that Powerline networking won’t work.

As such, you may want an alternative means by which to get a much faster connection to that side of the house. Most routers will still offer a reliable connection, but it will be relatively slow.

For the second test the satellite was taken to the bottom of the garden, resulting in a total distance of around 15m, with the addition of another brick wall to get in the way of the signal. At this range, the Wi-Fi signal from most routers tends to be slow and unreliable.

So how did the GigaGate do? Very well indeed. 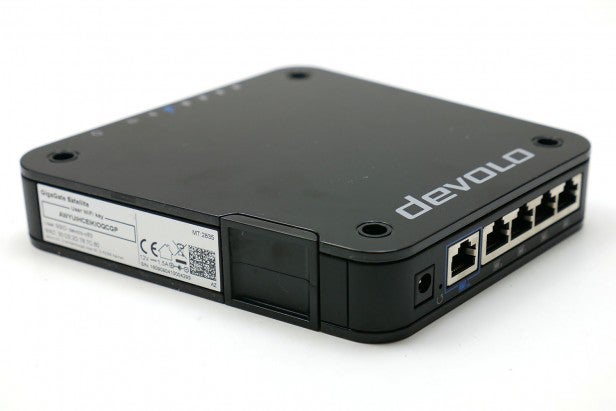 In the first test, it consistently delivered a connection speed via its Gigabit Ethernet port of close to 500Mbps, with an average of 463Mbps upload and 460Mbps download (the median result for downloads was higher at 525Mbps, but the mean was skewed by four of the 12 test runs being in the 300Mbps range).

Those results are as fast as many high-end routers achieve when stood right next to them. What’s more, while the connection speed did waver, it never once dropped below 306Mbps. In comparison, the fastest connection to that location via any conventional router we’ve tested is 375Mbps, and many struggle to exceed 200Mbps.

As for the second location, the GigaGate still managed 97Mbps upload and 179Mbps download, which compares to a very intermittent connection straight from the router that was so unreliable, we couldn’t get a single set of reliable test results; it would’ve been in single digits anyway.

The final test was to place the GigaGate satellite back into its location for the first test (upstairs) then connect to its extended Wi-Fi signal from the same location as the second test (the garden). From here it managed 38Mbps upload and 70Mbps download from a connection that was rock-solid and reliable. All in all, it’s quite the showing. 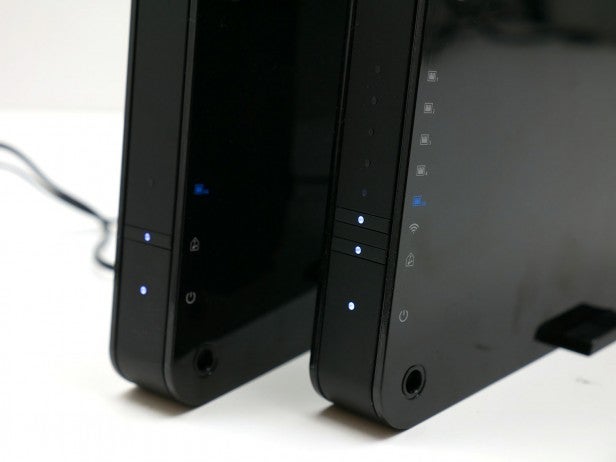 Should I buy the Devolo GigaGate?

I must confess to having been a little sceptical of the GigaGate at first. Its possible applications seemed too niche; its likely performance advantage too modest; and its price too high.

I’ve definitely been proved wrong on at least one count. The GigaGate really does provide an astonishingly fast and long-reaching Wi-Fi signal that outpaces even the most capable of single routers.

However, it does still appear to be a solution to a rather rare problem. There are very few scenarios I can envisage where it wouldn’t be easier, faster or more reliable to use a mesh router system, Powerline networking or just a big, long network cable. The Netgear Orbi, in particular, essentially offers the same dedicated high-speed wireless link but it’s also a full router system with a unified Wi-Fi signal. For the extra £130, it would be my recommendation for the majority of scenarios.

But if you don’t mind the slightly less convenient arrangement with the GigaGate then it offers a nice cash saving without the loss of any performance.

The Devolo GigaGate is a technically impressive solution to stretching your network connection, but if you can stretch to a more expensive solution, you should.