What is the Devolo GigaGate?

Of all the ways there are to improve and extend your home or office’s Wi-Fi network, the Devolo GigaGate isn’t one we’ve seen before.

It’s a dedicated wireless bridge made up of two parts. The base, which plugs into your router, fires off a high-speed Wi-Fi signal to a satellite that’s located at a point to where you want to extend the network. The satellite then sends that signal on to your devices, either via its several Ethernet ports or via its own second Wi-Fi access point.

The idea is that it saves you the hassle of trailing a wire to your remote location, while still providing a fast connection for both wired and wireless devices.

In a sense it can be seen as an alternative to the new wave of mesh router or whole-home Wi-Fi systems, such as the BT Whole Home, Linksys Velop and Netgear Orbi. Priced at £220, it comfortably undercuts all those systems.

However, it’s a far more limited system, which means its appeal is likely to be far more niche.

The two parts of which the GigaGate comprises are identically shaped black, shiny boxes. Each has slide-out feet that allow you to either stand them upright or lay them flat. However you decide to place them, they look reasonably fetching.

The base features just one Ethernet port and it plugs directly into your router. The satellite, however, has five Ethernet ports: four are 100Mbps and one is 1Gbps – a hint at just how fast the GigaGate’s Wi-Fi link can get. 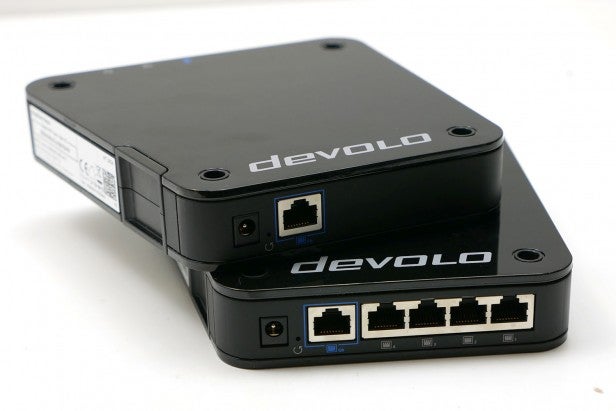 You place the satellite wherever you need your network to reach and, once powered up, the two units will automatically sync using their dedicated 4 x 4 5GHz 802.11ac Wi-Fi connection. Theoretically, this connection can communicate at up to 2Gbps.

The satellite also includes a second Wi-Fi connection, which functions as a typical access point. However, unlike the mesh router systems mentioned above, the GigaGate’s connection doesn’t link in with your existing Wi-Fi. As a result, you’ll have to manually switch between the two when you move from one location to another.

Otherwise, that’s all there is to the GigaGate. There’s no app to download, service to sign up to or web interface to configure. You plug it in and away you go.

Alternatives to the Gigagate would include conventional Wi-Fi extenders, Powerline network adapters, mesh router systems or just running a cable to your remote location.

The latter is by far the cheapest and easiest choice, but in many situations it simply isn’t an option. Running a cable down your garden or slinging one between two buildings might not be practical, making a wireless solution far more convenient. 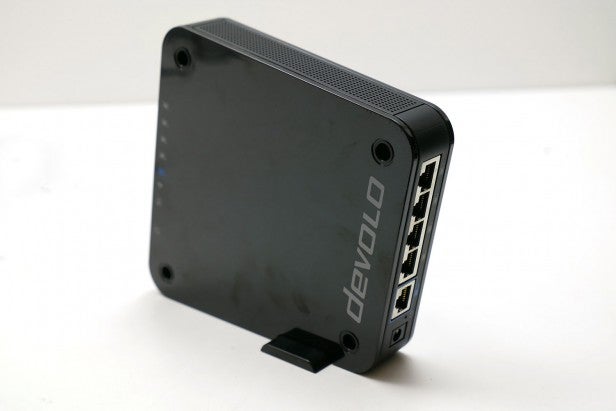 As for Wi-Fi extenders, they don’t tend to offer the claimed range of the GigaGate, and are likely to be slow. As such, the GigaGate should offer a much faster and more reliable overall connection speed.

Powerline systems use your existing mains power cabling to extend your network; they can be very fast and reliable. However, they require you to already have the cabling in place, so if you don’t have that then it’s no more convenient than laying some proper network cable instead.

In addition, Powerline networks can be disrupted by breaks in the cabling – if you use separate circuits from the mains breaker for different floors in your house, for example, or for remote locations such as a garage.

Mesh router systems, meanwhile, use router nodes that all work in unison to deliver great Wi-Fi coverage. Their key advantage is that although you may have many nodes, they all use the same Wi-Fi name (SSID). This means you don’t need to worry about swapping from one to another as you move from location to location.

They can also be pretty fast, depending on the setup. However, they’re more expensive, and by the time the network is extended to the sort of distance you may need, they may not offer the same speed as the GigaGate.