The best innovations are those so obvious that you wonder how we managed to go so long without someone formulating them. Powerline Ethernet was one such inspired discovery, and the format taken by the Devolo dLan 200 AV Wireless N kit is another. Why not take a powerline Ethernet adaptor and embed a Wi-Fi adaptor within it? 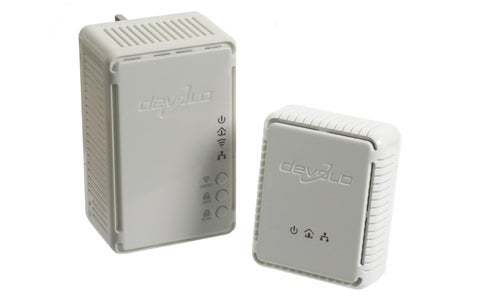 The result is that you have the both convenience of Wi-Fi in whatever room of your house that you need it, but the stability of connection afforded by Ethernet in between your router and wherever your computer is. You might just want a good signal in your bedroom, but you could equally extend your house’s existing Wi-Fi network out to an office or summer house at the bottom of your garden – it really is a brilliant idea.


Despite the additional connectivity options, the dLan 200 AV adaptors don’t look much different from your common or garden variety powerline Ethernet adaptors. The Ethernet-only plug is small enough that it doesn’t intrude into the space next to it – a flaw some of these devices do have – and has a single Ethernet port, for connecting to your router. The adaptor that handles Wi-Fi as well is larger, offering three Ethernet ports in addition to Wireless N, but it’s not too intrusive. 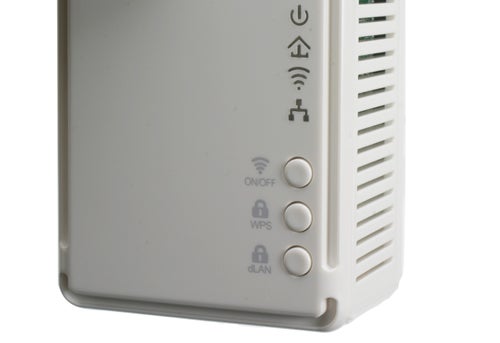 The Wi-Fi adaptor has a dedicated switch on it for turning this connection on and off as required. While of limited utility for most, we won’t complain that the option is there. If a simple on/off ability isn’t sufficient control over whether your Wi-Fi network is being broadcast or not, you might welcome the option to set up a timed schedule for its enabling and disabling.


This setup is managed through a combination of some desktop software and a web interface (launched via the software, so you don’t have to remember IP addresses unlike, say, most routers’ interfaces). Helpfully the desktop application uses Adobe AIR so it works across any platform which that runs on, not just Windows

The obvious configuration options include whether the Ethernet part of the connection is encrypted (excluding additional devices from being added to the network), and the name, password and encryption applied to the Wi-Fi connection. There aren’t any of the more advanced options, such as MAC address filtering, that you would find on a dedicated router, but for an all-in one solution it’s comprehensive enough. 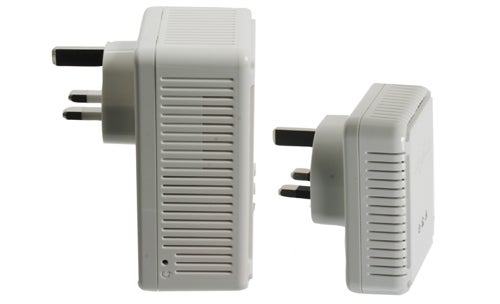 90 per cent of users will find that this configuration menu will be visited once and never again – which is a good thing. In our testing we found that the Devolo AV 200 Wireless N adaptors ‘just worked’ after their initial setup. Our laptops, iPhones and, in fact, ever device we cared to connect, latched onto the Wi-Fi network without a hitch, and plugging devices in using an Ethernet cable was similarly hassle free.


What’s particularly good about the combination is that if you somehow decide the few milliseconds of latency added by using Wi-Fi instead of Ethernet are too much for you, you can plug your system in and use a wired connection while it’s necessary. We can’t see this happening very often, as the major benefit of the Devolo dLan 200 AV Wireless N kit is that it gives you a strong, stable Wi-Fi connection away fro your router. Nonetheless, the option is there. 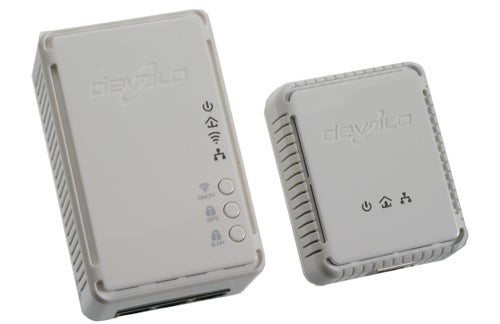 Alas, you will be paying for the privilege. At almost £100 for the pair of adaptors this Devolo kit isn’t cheap. You can pick up a set of non Wi-Fi powerline Ethernet devices for under £30 and add a four-port Wireless N router for under £20. The dLan 200 AV Wireless N adaptors may have the advantage that they take up less space (and fewer socket) but they’re still twice the price you’re pay if you can sacrifice integration. We’re all for elegant solutions, but perhaps not at this price.


The Devolo dLan 200 AV Wireless N adaptor set does work very well, striking a great compromise between the convenience Wi-Fi, and the stability of an Ethernet network. However, you can replicate the system’s ability with separate components for something lie half the price, so you’re paying a lot for the convenience of the functionality being built in.