Available on Xbox One, PlayStation 4, PC

Capcom’s year of upscaling its formidable back catalogue continues apace, this time with Devil May Cry 4: Special Edition.

It was originally released in 2008, and was the last of the so-called “white haired” Devil May Cry games before British developer Ninja Theory’s 2013 reboot. DmC received a mixed reaction at the time – somewhat harshly, in our view.

Fans of the franchise will be glad to hear that, as with Capcom’s current-gen revisits to various Resident Evil games of yore, it breathes new life into a game that’s as reassuringly familiar as a comfy jumper or a family pet.

Apart from the much higher-resolution visuals, the chief attraction of the remastered Special Edition is the addition of a plethora of new characters. These include Trish and Lady, who had cameos in the original game, and Vergil, Dante’s twin brother who also featured in Devil May Cry and the rebooted DmC. You can play as each, slightly disappointingly, through the original collection of missions – although they do all feature different beginning and ending cut-scenes for each campaign.

Their differing play-styles add new depth and subtley to what would otherwise be uncomfortably repetitive proceedings. As does the cleverly conceived upgrade system that brings the in-game currency you earned playing as one character to all the others.

You also get the fearsome Legendary Dark Knight game mode – pitting the hardcore against a veritable maelstrom of demons – and switchable costumes for each character, which gratifyingly persist into the cut-scenes. 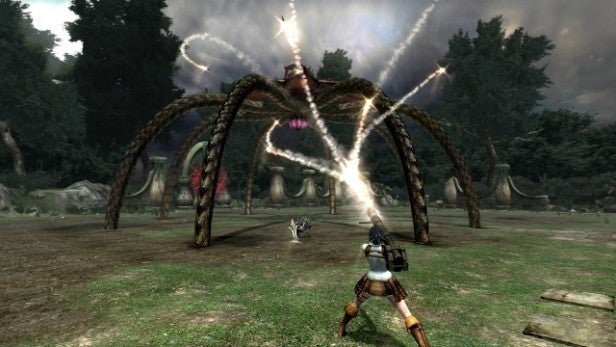 For the uninitiated, Devil May Cry is an agreeably typical Japanese action-adventure, which concentrates primarily on spectacular fighting with swords, guns and, in the case of Nero, an extending demon arm. It throws in a hint of platforming, some rather variable puzzle-solving, and a few of the most ridiculous, overblown and satisfying boss-battles you’ll ever encounter.

As is often the case with games of its ilk, it also sports some of the most risible dialogue imaginable – even Terry-Thomas would have baulked at voicing the sentences uttered by the cartoonish baddies. 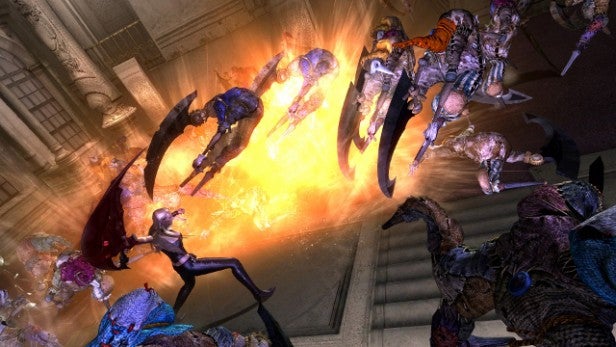 Visually it’s pure Gothic, with a mainly incomprehensible plot that revolves around angels and demons. In other words, its aim is to entertain at the highest level, rather than carve out a historical niche as a piece of serious art.

And entertain it most emphatically does. In the original game you start off as Nero, whose demon arm can grab and pummel enemies, and who also has a gun and a sword, which can powered up in various ways.

Devil May Cry 4: Special Edition rewards you handsomely for stringing together stylish combos of different moves, and you can cash in those rewards for increasingly arcane new moves. The points you earn for upgrading each character are carried over, so if you’re trying out a new character, you can instantly upgrade them considerably.

This is an exciting prospect for big fans of the franchise and novices alike, and although it takes a while to get to grips with upgrading, you’ll soon discover how important it is in the general context of the game. 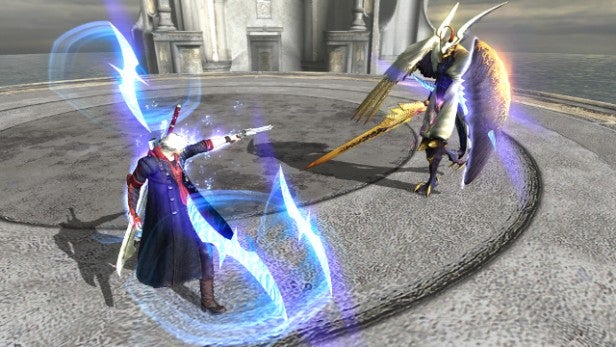 One feature of the original was its extensive and imaginative re-use of assets: you essentially play a campaign as Nero, followed by the reverse as Dante. It ought to be a major issue when you’re invited to play through the same campaign-of-two-halves with two different characters. Luckily, the variation in the style of play adds freshness to proceedings.

Nero is a good all-rounder, whose demon-arm “grips” are particularly handy. Dante is slower and more powerful, with better guns and a selection of swords. Trish and Lady are agile, gymnastic and more sword-centric. And Vergil benefits from an interesting Concentration mechanic that, if mastered, can lead to some really spectacular demon-demolishing. You do end up slightly jaded going over the same levels repeatedly, though.

The upscaled graphics help, though. We always thought that the original’s graphical ambitions outweighed the capabilities of previous-generation consoles. This proves to be true: the hike in resolution renders several busy sequences – previously incomprehensible – more clearly. And we never experienced any issues with frame rates.

Verdict
Devil May Cry 4: Special Edition is something of a guilty pleasure – it’s an archetypal mix of the sublime and ridiculous. It’s great fun and offers plenty for those who played the original. And if you’ve never played a Devil May Cry game before? You, too, will find its considerable charms difficult to resist.