From the studio that brought us Heavy Rain and Beyond: Two Souls, Detroit: Become Human is a sci-fi narrative adventure where player decisions are at the forefront of every moment. Choices you make will impact the fate of characters and the troubled society they inhabit.

The idea that technology will eventually come to surpass us is nothing new. After all, we live in a society where artificial intelligence is advancing all the time. Mainstream media loves to hone in on the premise that AI will suddenly gain sentience and put the human race to bed. In reality, it’s a little more complicated than that. But envisioning such a future is fascinating, as the works of Philip K Dick, Isaac Asimov and countless others demonstrate.

And now, Quantic Dream wants to tackle the ideas of robotic sentience and trans-humanism with Detroit: Become Human. It fails in some aspects, tackling mature themes with juvenile detail and a distinct lack of nuance. But, this doesn’t stop it from being an exceptional narrative adventure that had me hooked throughout. 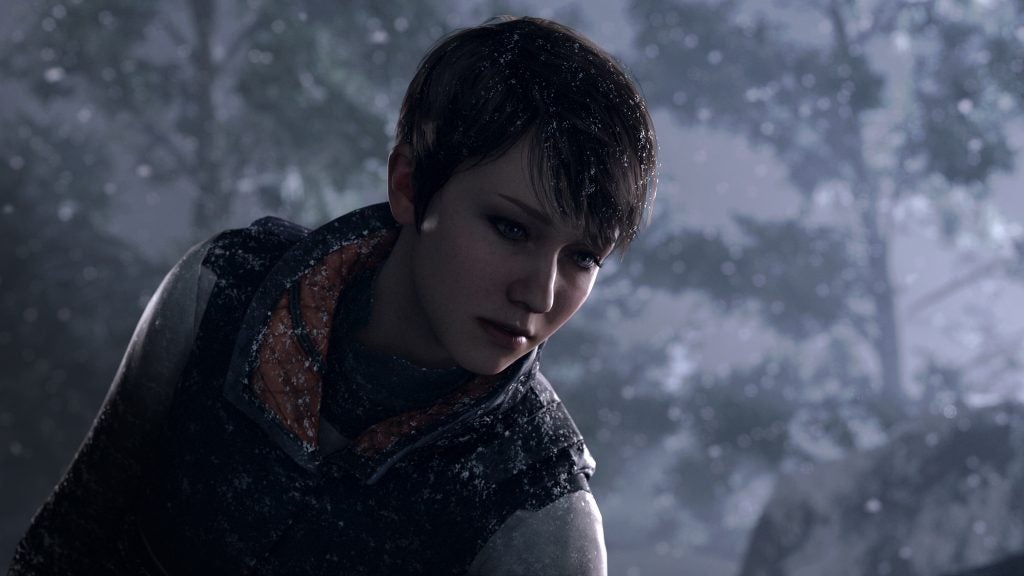 Detroit: Become Human has you playing as three main protagonists across an overarching narrative. Connor is a highly advanced android detective, tasked with investigating other androids known as deviants. Next up is Kara – a young female android who finds herself caring for a young girl amidst a city slowly falling to ruin. Finally, we have Markus. He is a deviant himself, who slowly comes to lead a revolution for his kind all over the world.

Connor is the undeniable highlight here, partly because his narrative avoids venturing into themes Quantic Dream simply doesn’t have the talent to tackle properly. Instead, it’s a sci-fi buddy cop experience, where you work alongside grumpy police lieutenant, Hank, who’s hiding a dark past you’ll soon uncover.

Their relationship is formulaic yet engrossing, presenting a growing dynamic that felt genuine. Watching as Hank goes from despising Connor to treating him as not only a partner but a friend was touching, even if the conclusion lacked resolution.

The quality of Connor’s story also transitions into how the game plays, as his sections are the most inventive, action-packed and emotionally resonant to control. For example, the opening scene is a fantastically thrilling race against time as you scan evidence scattered across a crime scene, while a hostage situation unfolds only a few feet away. One mistake and it’s all over.

Scouring for clues as the situation unfolds is thrilling, and it can end in so many ways. After multiple playthroughs I saw Connor talk the suspect down and sacrifice himself. The outcome can have a major impact on the unfolding narrative, and knowing that playable characters might not see the end is an incentive to stay on your toes.

Sadly, it becomes clear the plot can’t veer off the tracks too much or the core message of androids and their position in society is lost.

The outcome of significant events can be changed depending on the choices you make, but this doesn’t alter the quality of writing or themes being addressed in Detroit: Become Human. 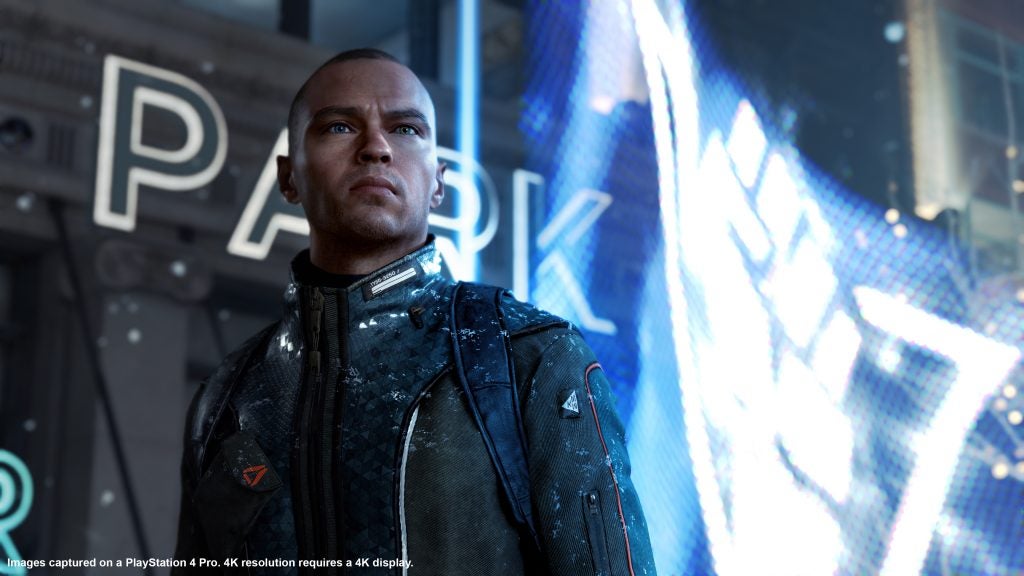 Kara’s story is a one of parenthood, as she tries to guide a young girl to safety. She’s a fugitive, struggling with her own emergent humanity and whether she has a right to be a mother at all. It’s moving at times, but plot twists I won’t spoil here demolish what could have been a touching conclusion. A series of stellar moments can’t save a character who stumbles through cliche after cliche, without giving the player a real sense of closure.

Unlike Connor, Kara’s inconsistencies can’t be saved through a thrilling mixture of investigations and fight scenes. Her vulnerable nature makes such things a bigger obstacle, and thus she finds herself on the sidelines through sequences suffering from inconsistent pacing and some seriously eye-rolling storytelling.

One chapter follows Kara and company as they seek shelter in an abandoned theme park amidst a snowstorm. It could be pulled straight from an episode of Scooby Doo, undermining all dramatic importance.

Detroit: Become Human is filled with such jarring scenes. The most ridiculous of which has Connor chasing a suspect through a strip club before being jumped on by a pair of rogue android lesbians. Yes, I’m being serious.

This is a shame, because the subject matter of Become Human is perfect for addressing the themes of love and sexuality, particularly in how intimate matters would apply to robotic beings that strive for a meaningful existence.

Instead, Quantic Dream thrusts meaningless one-off instances with a recklessness that feels pointless. The aforementioned couple never make another appearance, acting as a stepping stone for Connor and nothing more. 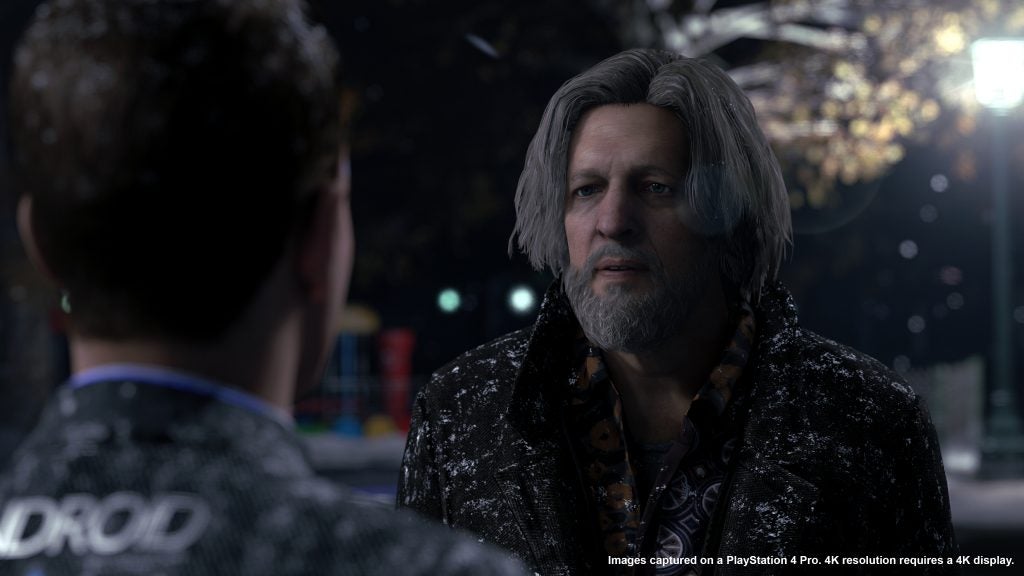 Markus’ story suffers the most from this hamfisted approach to characterisation. It’s the weakest of the trio, but also the most ambitious in the way it aims to tackle android equivalents of civil rights, slavery and parallels to racism.

Once again, the player is hit over the head with these messages so directly it becomes almost laughable. Moments of poignancy are reduced to predictable story revelations that offer no worthwhile conclusion.

If you’re willing to overlook an occasionally clumsy, predictable narrative then you’ll find a worthwhile sci-fi tale in Detroit: Become Human. Well, you’ll certainly be captivated by its excellent presentation. It’s gorgeous, showcasing jaw-dropping scenes across the futuristic cityscape as it’s drenched in rain, snow and fog across the surprisingly long journey. Character models are just as breathtaking, providing a sense of impressive photorealistic emotion.

Action sequences are equally stunning, with ace choreography that player decisions have a real hand in executing. Much like Heavy Rain and Beyond: Two Souls before it, Detroit is played with rudimentary movement controls and quick-time events for all commands. It’s simple and easy for anyone to pick up and play, although in certain instances it felt unresponsive. Having to repeat the same sections because Kara or Connor started derping about made major mistakes feel like no fault of my own.

Fortunately, all chapters can be replayed through a selection screen, each of which hosts a generous number of checkpoints if you suddenly change your mind regarding a big event. It’s greatly implemented with the option to overwrite past decisions, influencing the narrative without another full playthrough. 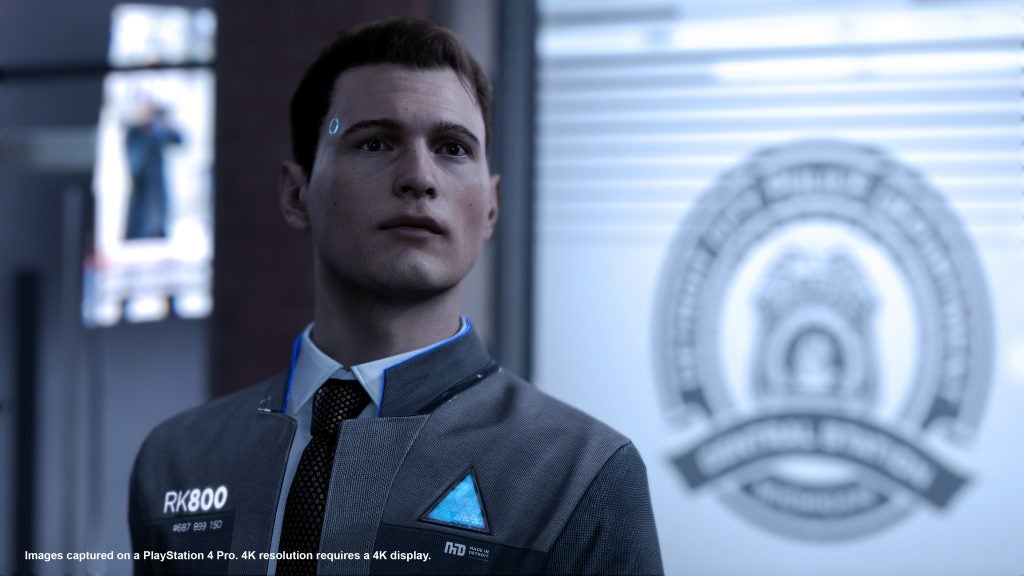 Detroit: Become Human is complicated. It’s a technological marvel with great performances and an entertaining narrative at its core. Kara, Connor and Markus are all given enough room to breathe as characters that you feel connected to all of them. I cared about where their stories would end.

Unfortunately, Quantic Dream oversteps its boundaries and muddles the water with thematic elements that feel awkwardly handled. The player isn’t expected to interpret anything on their own as hamfisted messages are thrust upon them again and again.

It’s hard not to feel that with a little more focus and maturity that this could have been something special.