Déraciné's is an engaging game that's a little ahead of its time,

In a letter sent to reviewers, FromSoftware maestro Hidetaka Miyazaki says “Déraciné is a title rife with experimentation and novel ideas”.

As you might expect for the first virtual reality title from the man behind Dark Souls and Bloodborne, that’s no understatement. You play as an invisible faerie – or so you’re lead to believe, though as with much of Miyazaki’s works, that’s open to interpretation – exploring an orphanage and boarding school. Listening to its inhabitants you use your unseen powers to manipulate events around them. That’s not just moving objects, but also using two mystic rings to move life forces around or manipulate time itself.

It’s an interesting hook no matter how you look at it, and the experience of being an outsider looking in on the residents’ lives, learning their personalities, foibles, and needs is strangely captivating. The line between right and wrong is appropriately ethereal too. What may seem like harmless ghost pranks at the behest of an ardent believer can lead to some pretty bleak outcomes.

There’s a sinister air throughout, both over the question of what you are and what you’re doing. This is heightened by the quasi-Gothic Victorian setting, which gives the game an air of ‘Miyazaki meets Dickens’. It’s is a pairing I never realised would work so well before playing Déraciné. 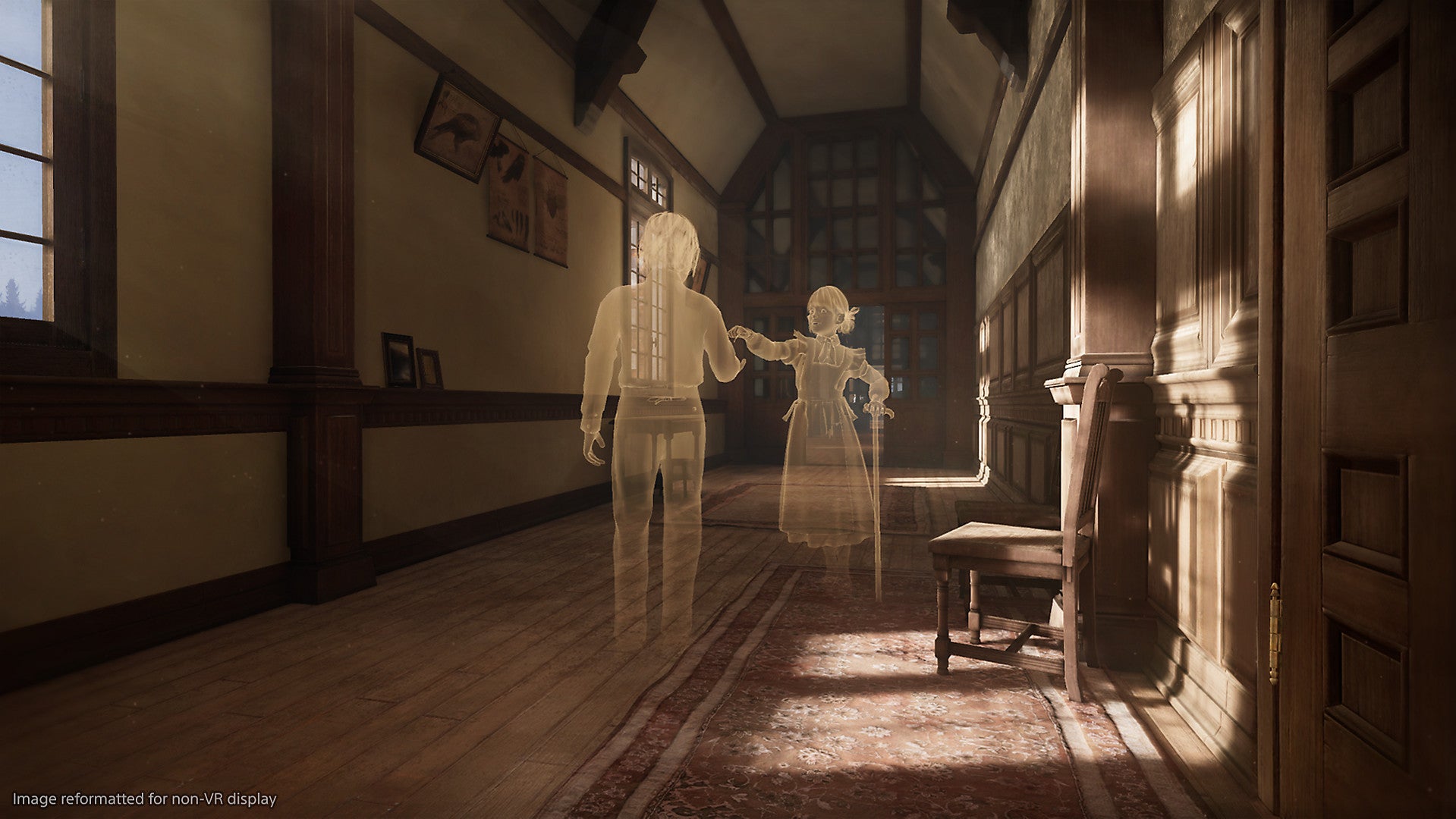 Between the setting and skills, Déraciné also does more tricks with the VR format, and does them more interestingly, than almost any title yet released on PSVR. But it also struggles with accessibility, often feeling caught up more in its lore – which tends to be slowly, subtly revealed through piecemeal artefacts scattered around – than it is in making the work fully approachable.

First, there’s the hardware hurdle. This is a full-kit PSVR release, requiring not just the headset but two PlayStation wands to play. That’s a lot of outlay, and makes it that much trickier to just jump into the game – everything needs calibrating and tracking first.

Then there’s the complexity of the controls. The right-hand wand governs movement, with a tap of the central button teleporting you to highlighted hotspots, or a long-press zooming you in on certain areas of interest. The X and Circle buttons on the right wand will rotate you left or right, either on the spot or around the object you’re looking at.

The central button on the left-hand wand lets you crouch or stand, while the action buttons bring up your item menu, where you store important objects you’ve collected. The triggers underneath each wand let you pick items. If you’re not holding anything, you can use the triggers to activate the life-draining powers of your magic rings. The end result is a control system that’s borderline exhausting to remember. While the level of physical immersion granted by picking up and investigating objects in the world is a laudable achievement, the rest is so finicky it becomes a chore. The limited movement, all glance-and-hop, also frustrates –  PSVR needs a thumb stick on the wands to allow full locomotion in games. 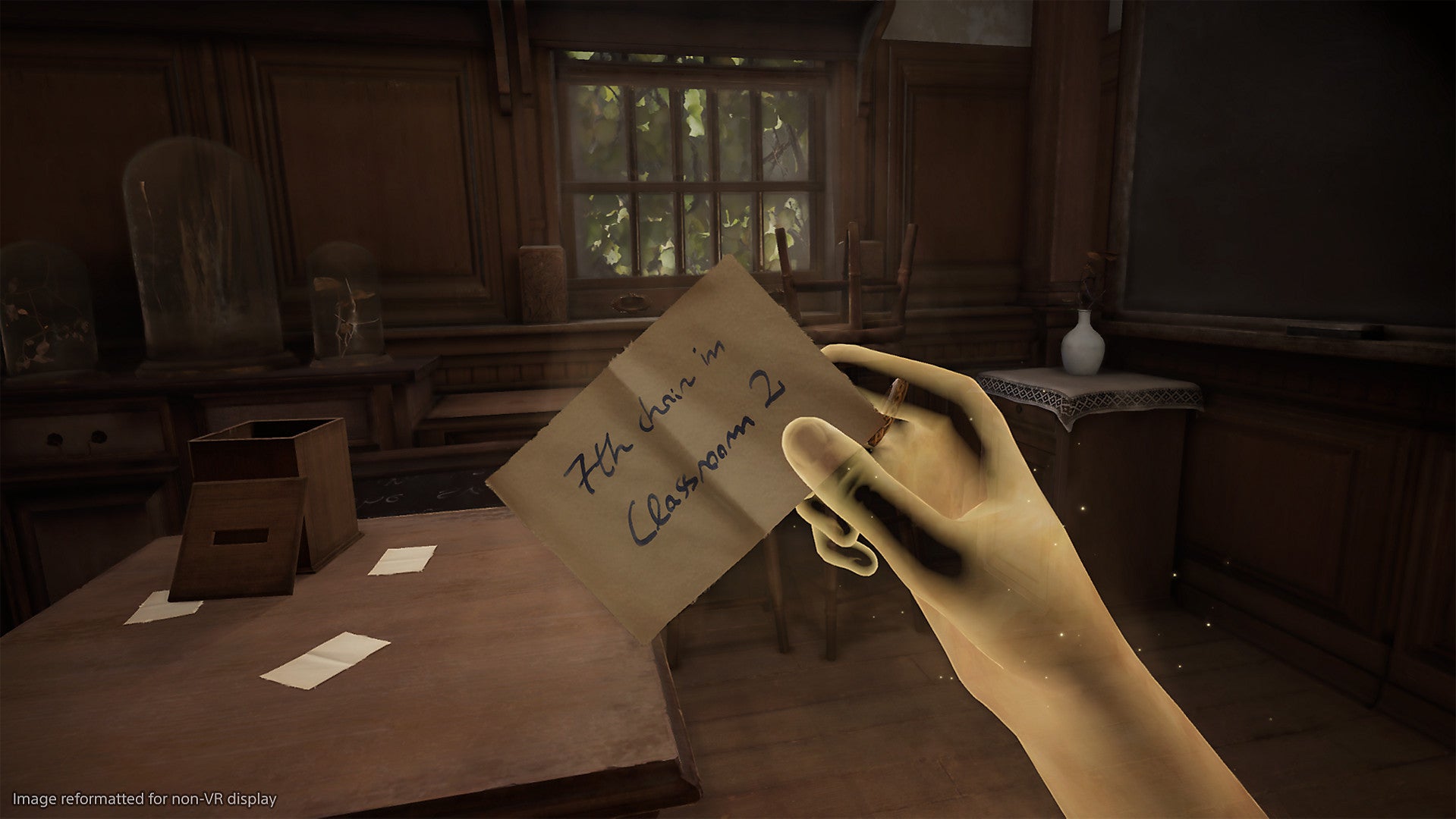 The positive trade off of the staccato motion and pre-set viewing points  is that it lets you get in close to almost every facet of the orphanage and its grounds. Early on, I was peering under beds looking for a hidden wand, then crawling under some decking to find a snoozing dog with a key item attached to its collar, all while having a full 360° view. I can scarcely remember a VR environment I’ve felt more embedded in.

The sense of immersion is helped by Déraciné being hauntingly beautiful. FromSoftware has delivered what is easily one of the best looking games on PSVR, with wonderful attention to detail in its design, colour palette, and mood. Characters are charming and distinctive too, both in the flesh and as the translucent apparitions of memories you can view, giving hints to the puzzles that make up the bulk of the gameplay.

Those puzzles are fragmentary, each one taking place in a specific period of time, and you’ll jump to the next “epoch” – sometimes hours later, sometimes days – once its specific task is completed. There’s rarely much challenge to them, many being adventure game style quests to find certain items, but they all feed into the gently revealed story.

Others involve moving life force around, and while some are painless – withering a bunch of fresh grapes to rejuvenate a flower, for instance – others have a more profoundly emotional sting to them. 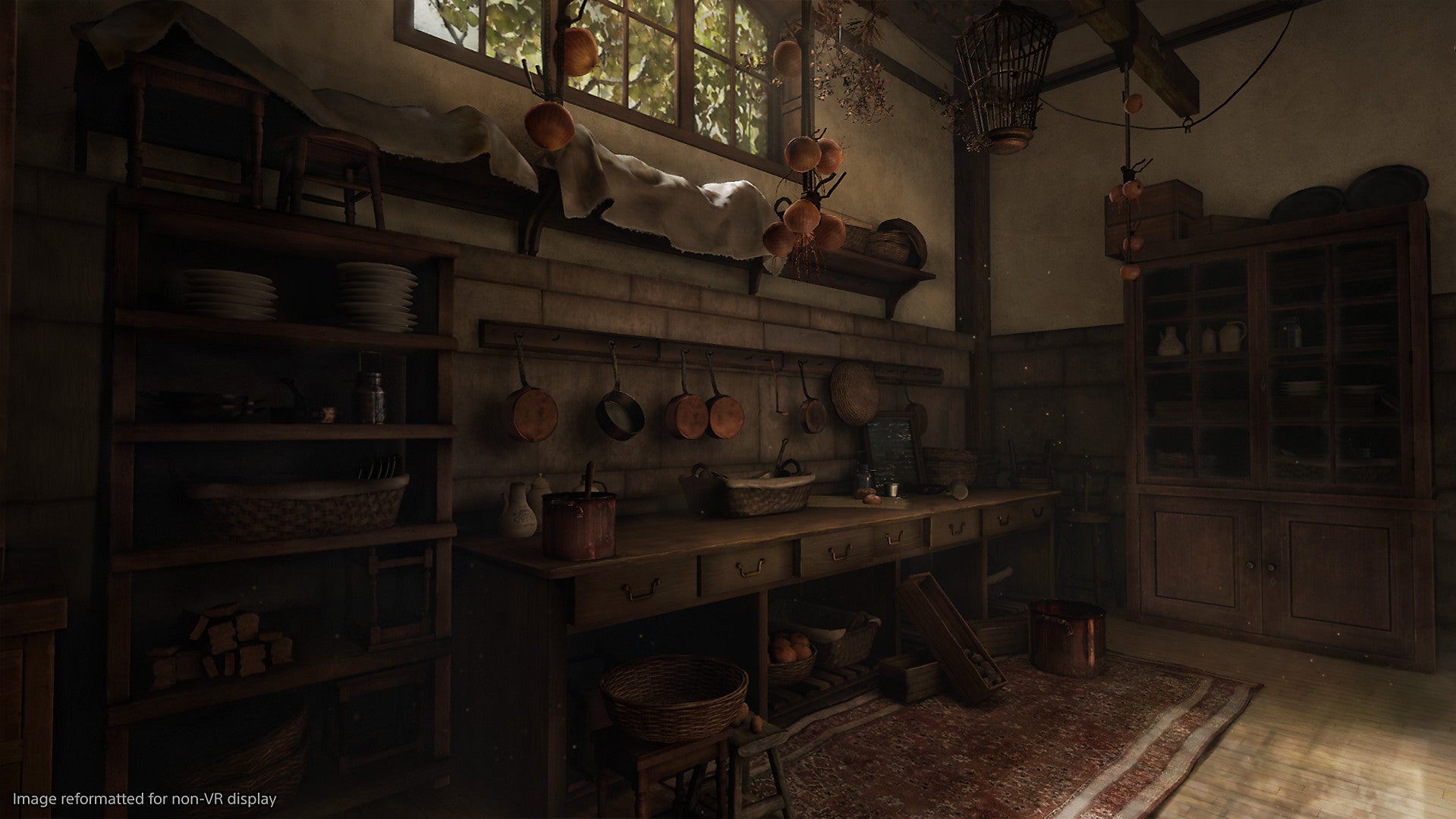 New areas of the orphanage open up as you progress too, and you’ll learn more about its occupants and their histories as you explore, finding documents or overhearing bits of dialogue. The real mystery is the nature and purpose of the home, and it’s one well worth investigating.

Déraciné’s greatest crime is arguably over-ambition, with Miyazaki clearly wanting to do more with the game world than the hardware really allows for. That the end result is so engaging despite the one-two punch of limited movement and fiddly controls is testament to its overall quality.

Miyazaki also describes his latest work as “a quiet game for VR”, and again it’s an appropriate view. There are none of the scares or action you’d find in a Souls game. Instead it’s a game about sedate exploration and creeping chills. Not all of the experiments or ideas pay off, but the ones that do make for an absorbing ghost story with just the right amount of weirdness for fans of the creator. Despite being marred by clunky controls this is one of the best games available for PSVR owners.