The Denon DCD-50 is a CD player, but one whose design hopes to convince traditional hi-fi fans that it isn’t quite time to abandon separates and switch over to a one-box system just yet.

It doesn’t have an amp, plus the Denon DCD-50 tends to be sold online for £250 without speakers. Aside from the striking look, this is a solid entry-level CD player – and a perfect add-on for the Denon PMA-50 and Denon DRA-100. 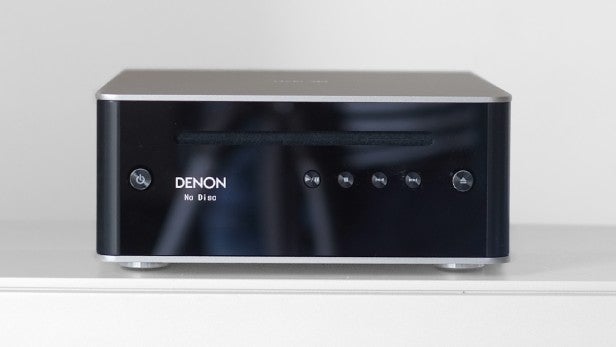 The Denon DCD-50 is designed to match the PMA-50 amp we reviewed recently. It’s a petite CD player offering a particular sense of style.

This entails minimal buttons on the glossy black front and a classy-looking screen that’s invisible when the player isn’t in use. It’s meant for living rooms that don’t want their sense of style downgraded by the hi-fi system. 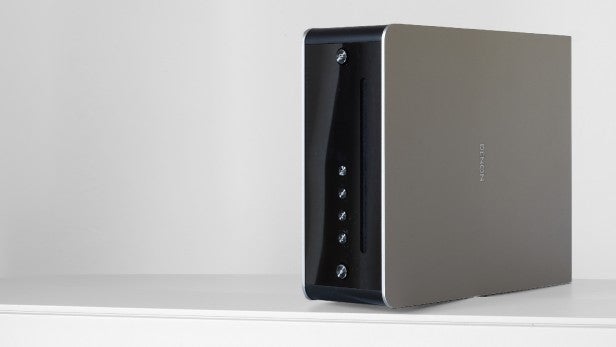 Perhaps the most recognisable trait of the Denon DCD-50 is the anodised gold-tinted aluminium that sits on the very top and bottom of the box. This curves around the rear, giving the amp some of the flair of today’s aluminium-obsessed phones and tablets.

Except for its buttons, the Denon DCD-50 is made mostly of plastic, but it’s used to good effect. Its sides have a roughened texture and the front looks and feels like glass. This is far from a cheap-looking plastic box.

It’s the screen I appreciate most. It’s a white OLED display with a pretty low resolution, but since it doesn’t use a backlight there’s no annoying glow to make its border obvious. You only see the displayed text. It’s pure class. 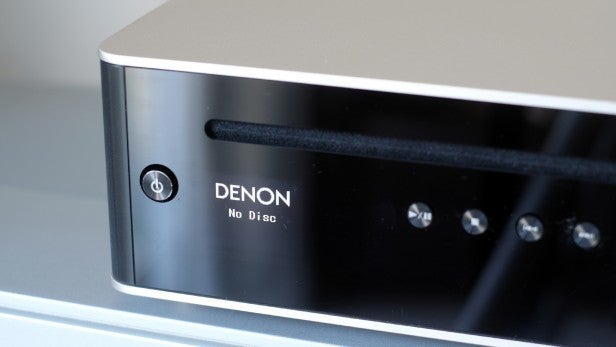 The Denon DCD-50 can sit either flat or on its side. When placed on a surface horizontally, it sits on some chunky feet. These can be unscrewed and removed if you’d rather use the amp on its side.

The display automatically rotates to suit the orientation, too. This is a device that’s lounge-ready.

If you’re attracted by the Denon DCD-50’s looks and don’t have a history of buying hi-fi gear then it’s important to be aware of what it can and can’t do. This is a CD player, and that’s it. It doesn’t have an amp, there aren’t any speakers in the box, and nor does it benefit from any modern extras such as the ability to wirelessly stream from a phone. You can’t even plug in a set of headphones. On its own the Denon DCD-50 is useless – unless you’re into the sound of a disc spinning around.

The Denon DCD-50 uses a slot-based mechanism rather than a tray, which fits the minimal look perfectly. It’s a reminder that such units haven’t really progressed much, though: it does make that typical clunky whirring noise as it sucks in the disc. 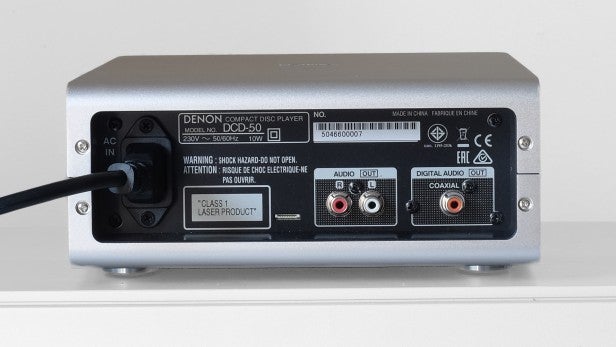 There are two outputs on the rear of the device, a phono pair and a digital coaxial socket to let your amplifier do the digital-to-analogue conversion. This effectively turns the DCD-50 into a basic CD transport, which is a CD player without a DAC section. This is a good option if you already have an impressive hi-fi that you can hide away somewhere, but want a pretty module into which you insert your CDs.

The Denon DCD-50’s own DAC is actually overqualified for CD conversion: it’s a 32-bit 192kHz Burr Brown PCM5102. Normal CDs are only 16-bit, 44.1KHz, but the box will also play discs burnt with WAV and MP3 files. Doing so seems even more dated than playing normal CDs at this point, but the option exists nevertheless. 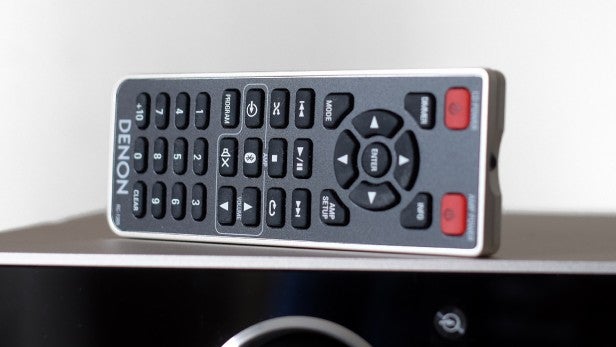 Use the Denon DCD-50’s phono output and its sound will largely be determined by the Burr Brown DAC. While not terrifically expensive, it’s the same component used in the Arcam rPAC, which we praised in a review a few years back. 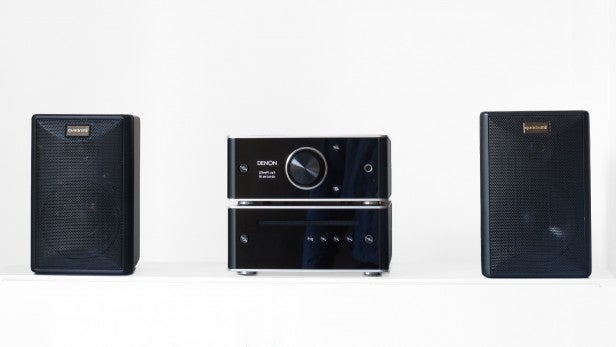 I’ve mostly been listening to the DCD-50 paired with the Denon PMA-50 amp and the player provides plenty of detail and a clean sound. In most setups, the DAC – and this CD player – is unlikely to be the bottleneck for sound quality.

If you’re thinking of buying the Denon DCD-50 with the PMA-50 amp, most important will be to match it with a pair of suitable speakers. You can read a little more about this in our Denon PMA-50 review. 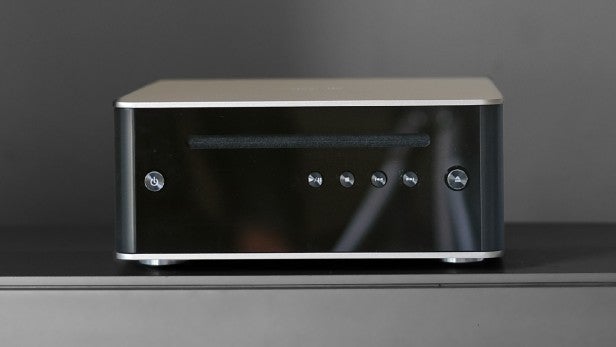 Should you buy the Denon DCD-50?

The Denon DCD-50 is a CD player for those who have a preference for physical media, but don’t want the look of a chunky traditional-looking system.

It’s part of a new “design” range that sees you pay more for a minimalist look, however. For example, the Denon Ceol RCD-N9 now sells at the same price, but comprises an amplifier, CD player, Wi-Fi and Bluetooth.

It doesn’t look quite as slick, but it means you can get a true one-box central unit, which may be preferable to two (more expensive) more stylish units.

A solid CD player suited to those for whom style matters.