What is the Denon CEOL RCD-N9?

The CEOL N9 is pretty much as connected a slice of hi-fi as you could hope for. It’s a micro system that marries the traditional functions of CD playing and radio receiving with new-fangled streaming tech. It has Wi-Fi, Bluetooth, AirPlay support, Spotify Connect, NFC, USB, Ethernet… The whole nine yards. You can even control it via an app, if you so wish.

What it doesn’t have is speakers, with Denon’s optional matching pair adding £100 to a price that isn’t exactly super-cheap to start with. 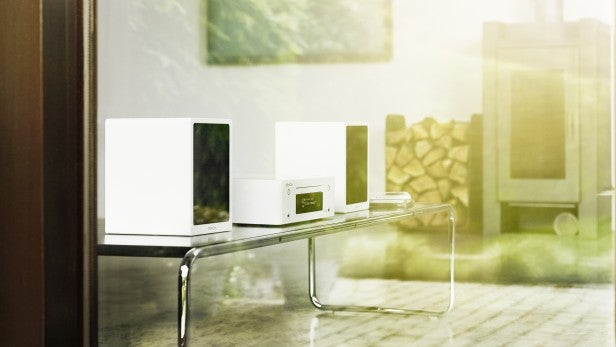 The CEOL N9 I tested was a gorgeous gloss black, but it’s also available in similarly shiny white. It shares a lot of design traits with its predecessor, the Denon CEOL RCD-N8 – a little smaller than a shoebox, with gently curved side corners.

There have been plenty of changes, though, not least of which is that the N8’s top-mounted iPhone/iPod dock has gone. Meh, who docks an iThingy these days, eh?

The top plate isn’t totally bare, however, with many of the controls moved up there to create an altogether more modern-looking unit. Volume up/down, a source selection button, the menu D-pad and the play/pause controls are all up top, while the front panel features the power button, CD open/close control, a USB socket, a 3.5mm headphones socket, the CD drawer and a three-line OLED display. All the essentials and nothing more. It’s neat. 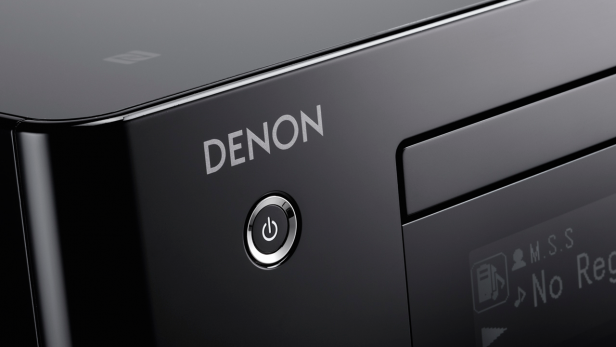 It’s surprising how light the CEOL N9 is. To be honest, it feels a little plasticky. But we’re not talking top-end hi-fi prices here, so perhaps I’m expecting too much. It just doesn’t feel as luxurious as it looks.

Around the back are the speaker terminals – a variation of the plastic spring-clip type – as well as one stereo RCA input, a subwoofer output, two S/PDIF optical inputs, FM and AM antenna sockets, and an Ethernet connection. There are also buttons for simple WPS Wi-Fi network connection and AirPlay pairing.

Those optical inputs will be especially interesting for anyone looking to upgrade their TV’s sound. Most modern TVs have an optical output that you can hook up to the CEOL N9, so you can use the N9 as an alternative to a soundbar or soundbase.

The CEOL’s remote control isn’t exactly inspiring, but it’s armed with everything you could need. The most important buttons are also coloured white to distinguish them, which is a nice touch.

Getting the N9 set up and connected to my Wi-Fi network was incredibly simple, as was pairing a phone. The OLED display is bright and easy to read. I did have to sit through a firmware update at one point, but that’s just part of tech life these days, and it didn’t take more than a few minutes. 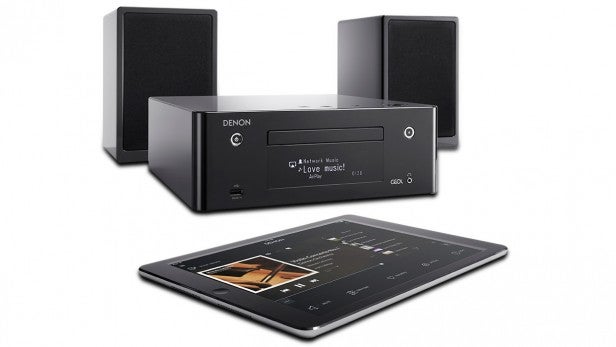 I didn’t have Denon’s matching SC-N9 speakers to hand, but I did try it out with a few appropriate pairs I had lying around – mostly some old B&W DM601 S3s, and also some funky Scandyna Minipods. There are plenty of bookshelf speakers around the £100-300 mark that would partner the N9 nicely, without putting too much strain on its 2 x 65W output.

Denon micro systems have always punched above their weight for sound quality, and the CEOL N9 is no exception. Like the N8 before it, the N9 puts in a stellar performance for this price level. Treble is sparkling and the mid-range isn’t too thick. It doesn’t suck all the life out of the music like many micros do.

It’s very comfortable with all types of music, too, thanks to striking an enviable sonic balance and neutrality. 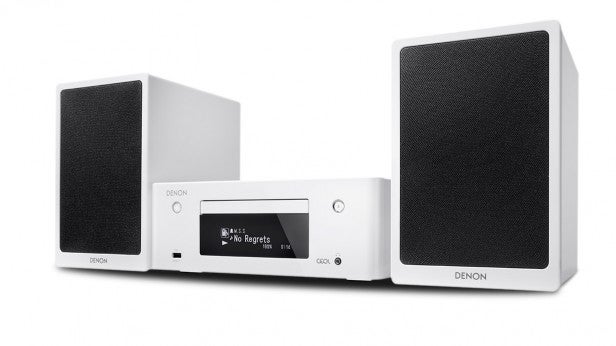 Should I buy the Denon CEOL RCD-N9?

There are some incredibly cheap micro systems out there which are packing Bluetooth for easy streaming from phones. There are also so many Bluetooth speakers to choose from that we couldn’t get them all tested if we had a century to do it.

What there isn’t is any audio system so comprehensively equipped as the CEOL N9. For versatility it just can’t be beaten, and the sound quality is impressive at this price. Shop around and you’ll even find it well under the RRP.

There’s life in the micro system yet. Just about the most versatile hi-fi you’ll find – once you’ve added suitable speakers, of course.