The Denon AVR-X3000 is a home cinema receiver for the enthusiast. It packs in many features that the entry-level buyer simply doesn’t need. However, if you’re serious about your surround sound this £800 amp has some pretty serious spec credibility. 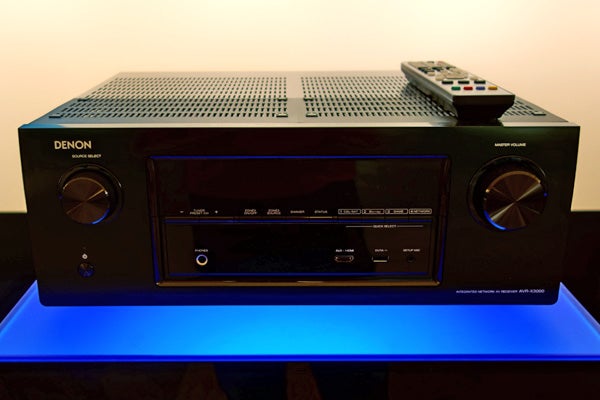 Home cinema receivers are always in danger of being seen merely as giant faceless boxes that make your lounge look that bit worse. The imposing and largely symmetrical Denon AVR-X3000 will look great to certain eyes, but to find out what it’s really about we need to look at its features.

What does the AVR-X3000 offer that the £500 Denon AVR-X2000 – and the lower-cost rivals from Onkyo – do not? For most a £500 receiver will suffice, offering 7-channel amplification, 3D pass through and future-proofing in the form of 4K upscaling.

In the spirit of doubling-up, the Denon AVR-X3000 also has two HDMI outputs instead of one, letting you route video output to your ‘Zone 2’ setup, rather than just audio. This is a huge step up from what you get with lower-end receivers, effectively letting you run two complete entertainment hubs from the one receiver.

A more advanced approach to multi-zone also means you can let the two zones run off different sources as well. 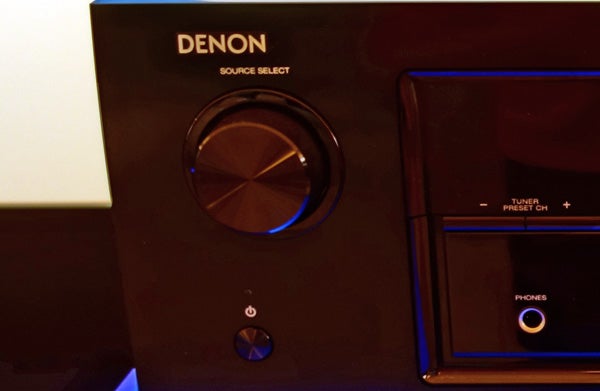 Of course, using two zones strips out to of the seven channels. So you could only have a five-channel setup with a stereo Zone 2 setup – not seven-channel in both.

Being able to supply two TVs with one receiver isn’t something everyone will need, but is one of the most notable features of the Denon AVR-X3000.

It also has more HDMI inputs than most, with seven in total – six on the rear and one up front. However, this is standard for receivers at this level. 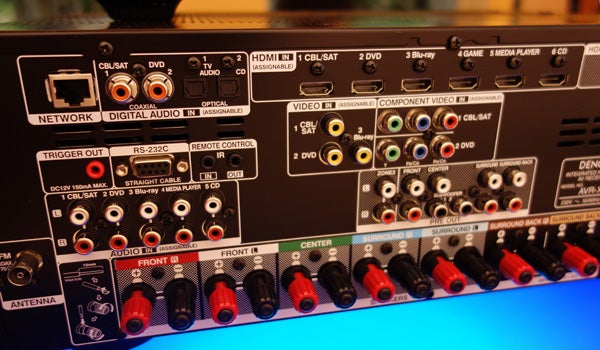 One other extra is Audyssey DSX processing, which ‘upscales’ stereo sound to surround sound, as well as creating virtual channels in surround audio. You won’t find this in the AVR-X2000.

These are the key features that the Denon AVR-X3000 brings over its lower-end brothers. And, for many, these won’t be necessary.
As you’d expect, the X3000 gains all the other features from the lower-end models too, including 4K upscaling, internet connectivity (although Wi-Fi is not integrated) and Audyssey MultiEQ XT speaker setup.

Get online, with either an Ethernet cable or dongle, and the Denon AVR-X3000 can access Spotify and Last.fm, stream your media using DLNA/AirPlay, listen to internet radio and control the receiver with a phone. Denon has produced a Remote Control app for iOS and Android that lets you ditch the remote in favour of a tablet or mobile. 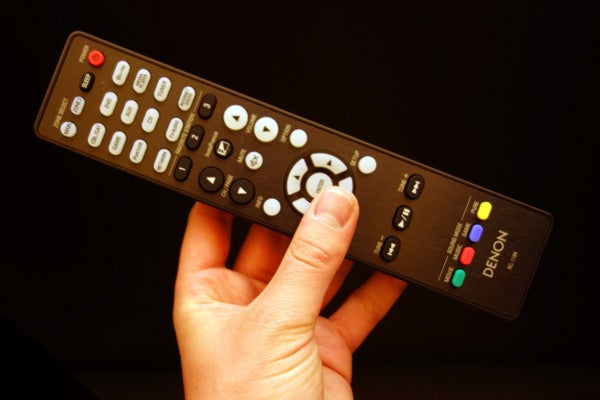 The Denon AVR-X3000 is working its way into niche territory. It has some pretty serious features that mark it out as a slightly less accessible receiver than the lower-end models, but its approach to multi-zone audio and video will be just what some people are after.