Denon’s home cinema line-up for 2013 is dubbed the X-range. And the Denon AVR-X2000 is where it gets serious. This £500 receiver offers superior upgradability to the lower models in the range.

This is the first receiver in the 2013 line-up to offer more than 5.1. The Denon AVR-X2000 is a 7.1 receiver, with 150W of power per channel. If you think you’ll consider upgrading your system with an additional pair of satellites for better surround positioning, this is the lowest-end model in the range you should consider. 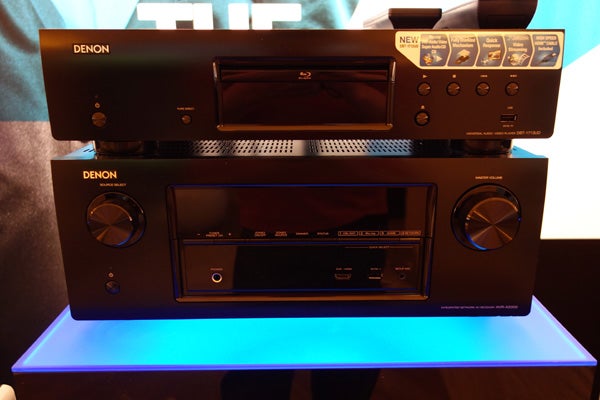 It’s also the cheapest receiver in the range to offer Zone 2 audio, which lets you set the ‘additional’ two channels to power a different set of speakers, in another room perhaps.

The Denon AVR-X2000 has seven HDMI ports – six on its rear and one easy-access socket on the front. As you would assume, these support 3D pass-through as well as advanced audio codecs including DolbyTruHD, dts-HD and Dolby IIz. 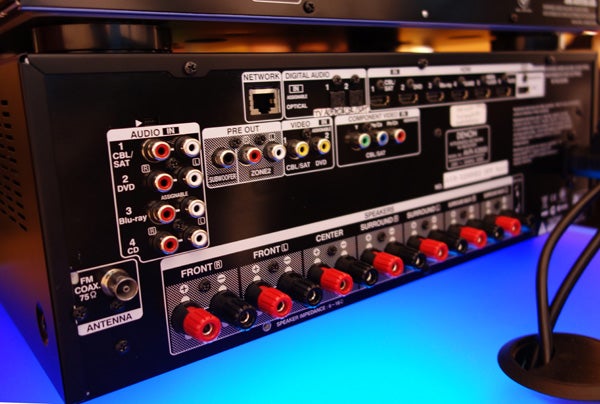 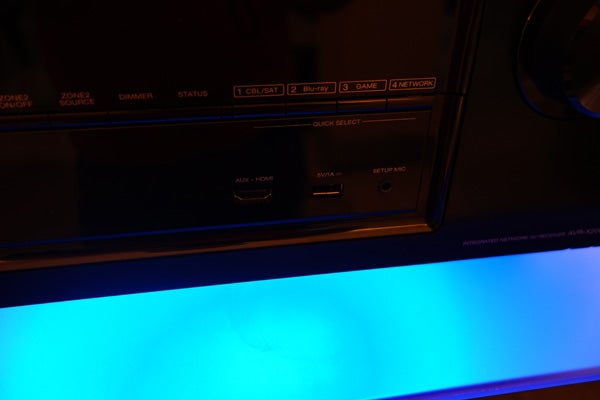 As is standard for mid-range Denon receivers, the AVR-X2000 uses Audyssey MultiEQ XT to calibrate your speakers. This uses a setup mic and a series of tones passed through each speaker to judge the correct speaker level for each channel.

You’ll find this in the lower-end Denon AVR-X1000, though, which is £150 less. Aside from offering 7.1 audio instead of 5.1, another important upgrade in this model over that one is 4K upscaling. This is of limited use given the lack of 4K TVs on shop shelves, but is a crucial bit of future-proofing for home cinema enthusiasts. 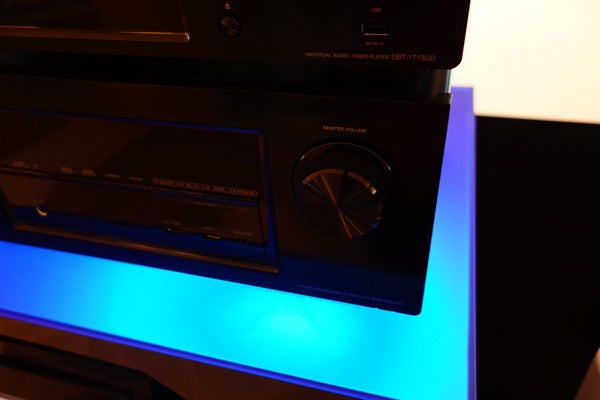 Another set of features that has only come to receivers in recent years is internet connectivity. The Denon AVR-X2000 does not have Wi-Fi built-in, but hook it up over Ethernet or buy a compatible Wi-Fi dongle and you’ll have access to AirPlay/DLNA streaming, Spotify, Last.fm and control using an Android phone or iPhone.

Denon has produced a Remote Control app that lets these mobiles communicate with the AVR-X2000 over your home internet. Naturally, though, a classic-style remote control is included too. 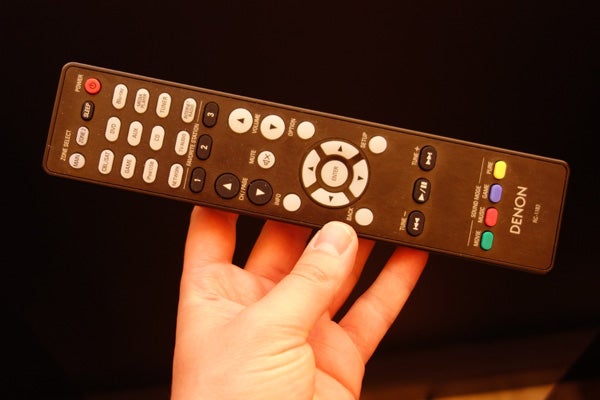 What the Denon AVR-X2000 offers over the AVR-X1000 is future-proofing. Its support for 4K and 7.1 audio should see it happily battle through your next few home cinema upgrades.