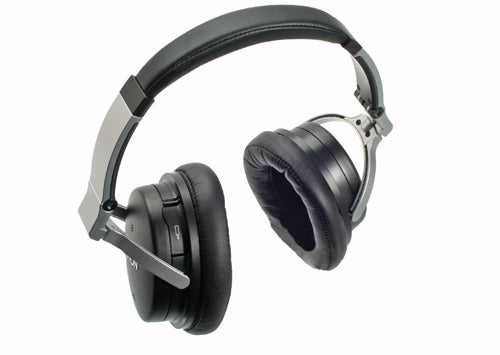 With noise-cancelling headphones generally being used out and about, it’s unsurprising that the AH-NC800s are pretty solidly built, if a little utilitarian feeling as a result. The thin, flimsy cable is the likeliest break-point, so it’s nice to see that Denon has made this replaceable, as it connects to a 3.5mm jack socket on the left earcup. We wouldn’t expect the AH-NC800s to break in what you could consider normal use, but they won’t take a beating, and the only less-than-solid parts are the articulated joints which make the AH-NC800s foldable, and thus particularly portable, so it’s a fair trade-off. 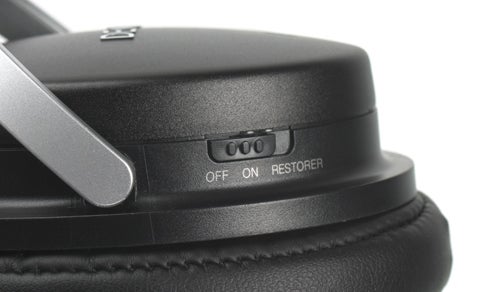 Fortunately for those worried about the structural integrity of the AH-NC800s, Denon supplies a semi-rigid case with them, so there’s no reason to worry about placing these headphones in a bag. This case is also home to the AH-NC800’s accessories, which comprise two cables of different lengths and an aeroplane adaptor. We’d have liked a volume attenuator as well, having been nearly deafened by inconsistent volume by more that one airline, but it’s not the worst omission Denon could have made.


One addition we’re slightly curious about is the three-position power switch on the right earcup. Off and On we had no problem with, but the Restorer option left us a little confused. Denon says that this: “improves the fidelity from your portable audio player,” but leaves it to the user to figure out quite how. We have our theories, but aren’t sure because, at least with the music we use to test (ranging from The Beta Band to Wagner), we couldn’t discern any improvement from using this Restorer setting. 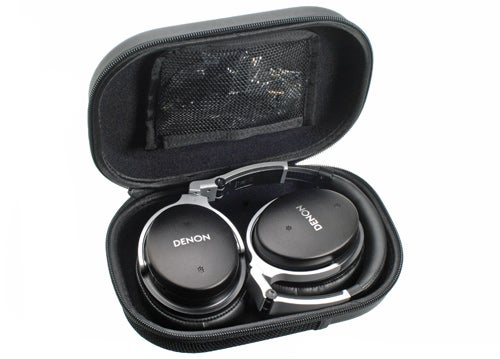 We chalk that up to two things: first, that we always use as high bit-rate encodes as we possibly can so any supposed enhancements have little room for improvement and, second, that the AH-NC800s sound good enough so adding an ‘audio restorer’ into the mix is completely unnecessary. The one caveat to that is the need to have the AH-NC800s turned on for them to sound any good – un-powered they need a lot of volume from the player to get any volume from the earpiece. However, this is hardly a criticism – anyone who buys active noise-cancelling headphones and is then surprised at needing to power them clearly has a screw or two loose.

Those who like their bass to thump through their skulls won’t find the AH-NC800s to their tastes, but we don’t consider that a bad thing. Rather the sound produced by these headphones is clear and balanced, which is how we prefer to absorb our music. Tracks such as Band of Horses’ No One’s Gonna Love You were reproduced delicately and faithfully, with plenty of detail eked out of the files we fed the AH-NC800s. 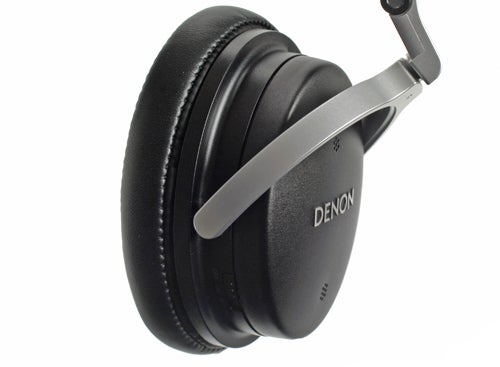 That ‘lack’ of bass doesn’t mean that the AH-NC800s can’t do big, complex renditions; Mozart’s Requiem was a pleasure to listen to. On a similar note, we found ourselves barely able to resist jiving away at our desks to the self-titled Foxy Shazam album, which was rendered with plenty of punch and energy. We’re often given to thinking noise-cancelling headphones don’t compete with true hi-fidelity headphones but we think the AH-NC800s compare favourably to headphones in the sub-£200 region; the premium presumably justified by those very noise-cancelling abilities. 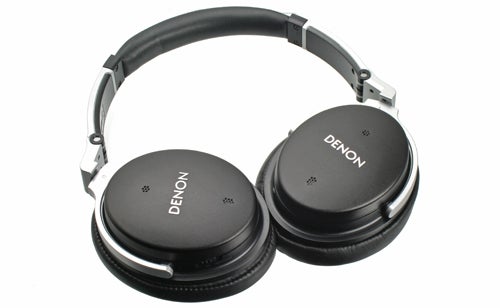 Alas, where the AH-NC800 headphones let themselves down, like their predecessors, ”is” their noise isolation, making that premium a little hard to swallow. The circumaural design looks and feels like it should offer a decent amount of passive isolation. In actuality, although exceedingly comfortable, the earcups don’t seem to filter out much noise at all. Plugging in a triple-A battery and turning on the active noise cancelation does a good job of filtering out low-pitched droning sounds, such as the whir of a fan in a server rack or presumably the hum of a jet engine, but a lot of ‘normal’ noise still filters through – you can relatively easily have a conversation with them on. 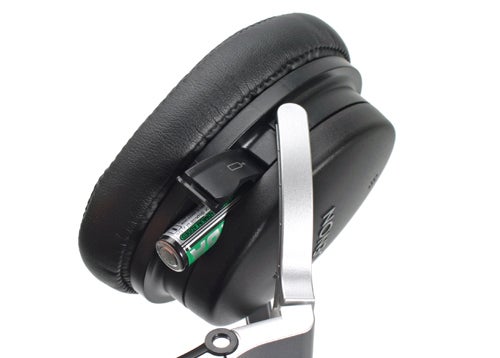 As much as this is a bit disappointing, it isn’t necessarily a problem; if you’ll be using the AH-NC800s in an environment where the noise is the type of intrusive drone they excel at blocking, then they’ll serve your purposes well. If you’re thinking of blocking out the sound of jackhammers, or the chatter of neighbouring passengers on a train you might want to look elsewhere – especially given the price tag on the AH-NC800s.


Denon might have had a better time pushing the concept of high-end, noise-cancelling headphones if the latter aspect of the AH-NC800s were more successful. Given the price, though, we hoped for better isolation, especially with the quality reproduction on offer from these headphones.