What are the Denon AH-GC20?

The Denon AH-GC20s are active noise cancellation headphones with Bluetooth wireless. Where normal headphones block out sound by putting a barrier between the din and your ears, these ones actively attack noise with sound waves.

This technology works superbly to eliminate the sound of the engines or planes, trains and cars, but the Denon AH-GC20s aren’t anywhere near as effective as the best. There are a few grating sound issues, too. Retailing at £249, the Denon AH-GC20s can currently be picked up for a much more attractive £179.

The Denon AH-GC20s are full-size, grown-up looking headphones. They’re a little larger than the Bose QC25, but are sleek and stylish enough that you’ll have no issue donning a pair out on the street.

Like most headphones at this price point, the Denon AH-GC20s use metal sparingly for a high-end feel, while plastic remains the material of choice for the parts that are out of sight. This helps keep their weight down.

Often headphone-makers use metal-backed cups, but here they are plastic. They have a soft-touch finish and feel nice to the touch, but the cups do show up greasy marks clearly. The Denon AH-GC20s’ stems are metal, but have an almost laminated finish. 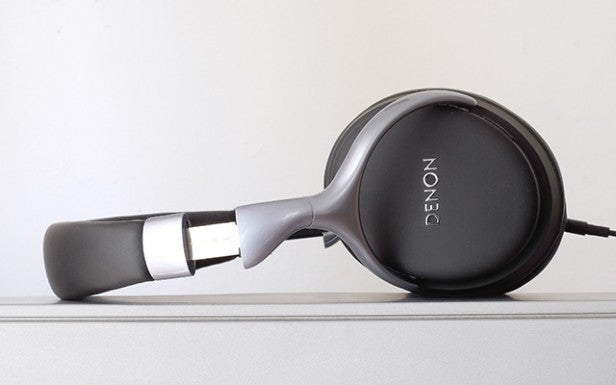 The design, too, is great for comfort. Large cups offer plenty of room for people with bigger ears, and while I find the headband does put a little pressure on the top of your head, the padding is soft and generous throughout. You can wear these headphones for hours at a time without discomfort. They also fold up neatly for extra portability. 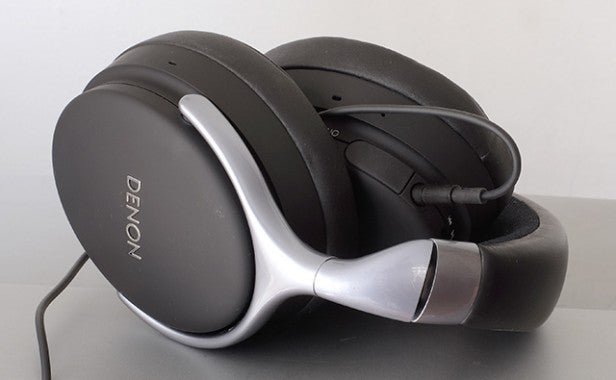 While the ear pads are topped with synthetic leather, the inner part of the headband is made of a more breathable fabric mesh, which is good news for hot days.

Even though the Denon AH-GC20s appear to offer modern tech formats, they use a standard cable for wired use. A 3.5m jack plugs into the right cup, allowing you to replace it easily should you damage it.

The Denon AH-GC20s feature active noise cancellation, which uses mics to monitor noise, pumping extra sound waves through the drivers to cancel out the frequencies of ambient noise. In particular, it’s a great way to reduce the sounds of the city.

However, the tech isn’t as effective as it is in most of the ANC headphones I’ve used over the past year. The Bose QC25 and Sony MDR-100ABN are far better with its implementation. 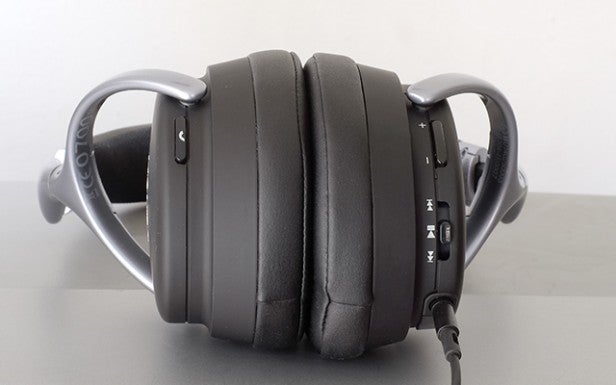 Here, a good amount of  lower-frequency noise is eradicated, but higher frequencies are hardly touched and, in some conditions, the ANC leaves the Denon AH-GC20s with a mid-range “whooshing” drone that’s a little like listening to waves crashing against a beach. That may sound relaxing, but it isn’t what you want when you’re trying to listen to some Randy Newman.

On the London Tube, I found that outside noise was still a significant distraction. Although the AH-GC20s are much better than most passive isolating headphones, other ANC units are simply better.

Wireless performance is also problematic. The Denon AH-GC20s use Bluetooth wireless, letting you hook up to any smartphone. However, I found that there were frequent digital glitches, which led me to use the wireless features only when needed.

Also part of the wireless feature set is NFC (although I couldn’t get it to work) and aptX, which provides higher-quality streaming. 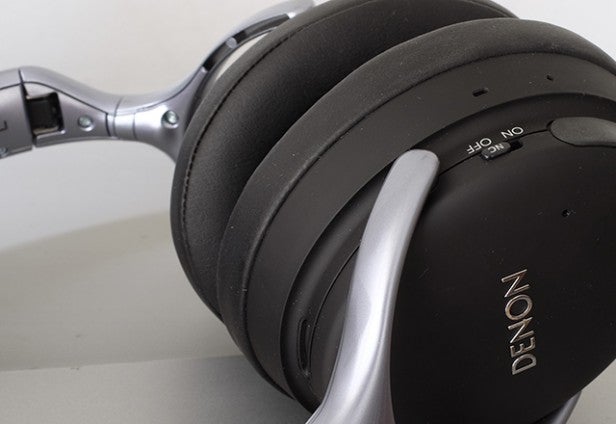 Bluetooth also gets you comprehensive control over media playback right from the ear cups. There are volume controls and a little flicker that enables you to change tracks, play/pause and re-sync the headphones with a paired phone.

Active noise cancellation has a separate on/off flicker, letting you use the two features independently. The Denon AH-GC20s have an integrated battery that’s charged via a micro-USB port hidden under a little rubber flap in proximity of these controls.

You’ll get up to 20 hours’ use off a single charge, which is a pretty decent level of stamina.

The Denon AH-GC20s’ sound quality varies hugely depending on how they’re used. If you turn off the noise cancellation and use a cable, the sound is poor. It’s vague and clouded, as if the drivers are half asleep.

These headphones can be used without power, but you won’t want to do so unless you have to. This may be a little surprising given this is the “purest” way to use the Denon AH-GC20s.

Sound quality improves significantly if you use noise cancellation or wireless. The treble earns more bite and the bass stops being entirely laggy; the haze rises.

It’s a dramatic improvement, but is it enough? There are some positive elements, but the Denon AH-GC20s are among the worse-sounding headphones at the price. 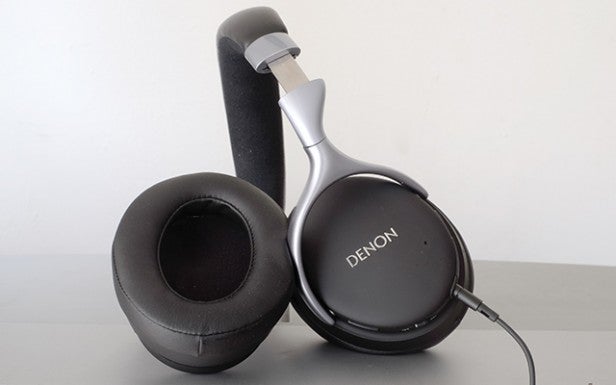 The positives are that the sound isn’t harsh, and it offers good breadth. That last part is evidence that Denon hasn’t used opted to use cheap drivers. However, there are more problems than highlights.

At times, the Denon AH-GC20s’ bass control and separation are poor. When noise cancellation is used, the bass is somewhat boomy, and extra mid-bass here simply acts as a clogging agent in both cases.

This becomes particularly evident in arrangements of “real instruments”. Even something as well produced as a Toto album can sound a mess through the Denon AH-GC20s. The results aren’t grating on the ear, but are far removed from the high-end style you might expect from a hi-fi name such as Denon.

I also find that while using noise cancellation firms up the mid-range a little, it comes with a compressed-sounding edge that makes vocals appear less natural.

I should stress that these observations come from quite close listening, however. From more casual listening the AH-GC20 come across quite full, and fairly large sounding. It’s an enjoyable sound, if an imperfect one. However, tit was only using wireless, with ANC off, that I found the sound satisfying. Overall, performance just isn’t consistent enough. 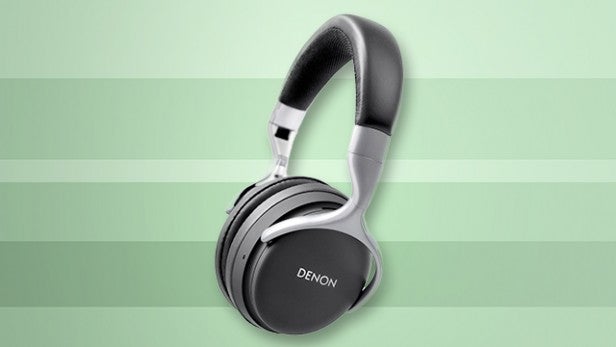 Should you buy the Denon AH-GC20?

The Denon AH-GC20s look and feel the part, but don’t excel in either sound or active noise cancellation. They’re difficult to recommend, although recent reductions in price have seen these headphones drop from the original price of £250 to a more appealing £180.

Is that price drop a result of the AH-GC20s struggling to compete at their “real” price, however? I recently reviewed the Sony MDR-100ABN, and while you might pay a little more for these (around £220), their sound consistency, noise cancellation and wireless performance are all significantly better.

If you’re after the best active noise cancellation, then you should also try out the Bose QC25 or wireless Bose QC35.