For those who prefer a cable to Bluetooth, the Denon AH-1200 are a solid pair of headphones

The Denon AH-D1200 are an increasingly rare kind of headphone. They’re lacking both wireless and active noise cancellation. Instead, they use a cable, which feels retro.

The Denon AH-D1200 sport ultra-comfortable pads and a neutral street-ready look. Sound-wise, they’re solid – but rival models are strong. Headphones such as the Audio-Technica ATH-M50X and the Sennheiser Momentum 2.0 are available for the same price or less, and in some respects are better. 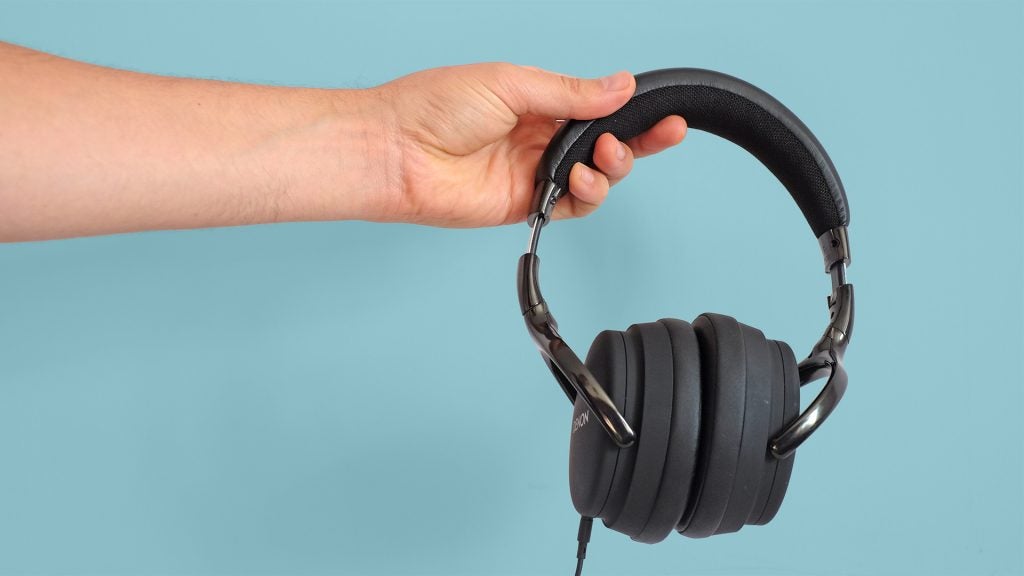 The Denon AH-D1200 are full-size headphones. While clearly made for portable use, these headphones aren’t wireless.

As a result, they’ll be discounted immediately by many. But they cost less too.

The Denon AH-D1200 sport soft-touch matte-black plastic cups, and the stems are a moody-looking, smoky dark grey – and they’re metal. Unlike some wireless pairs at the price, all the sections of these headphones that look metallic are actually metal, rather than plastic. 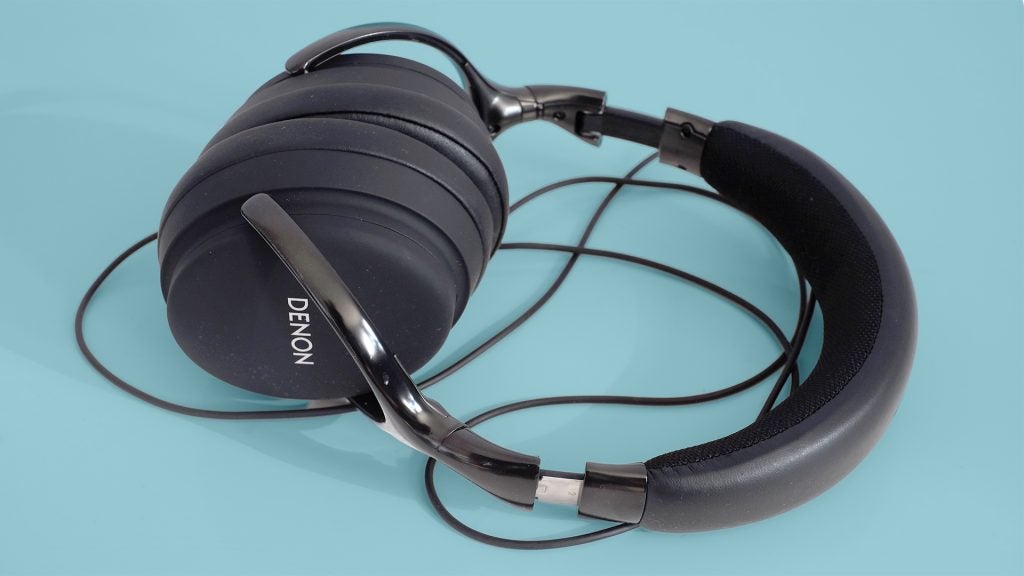 The padding on the cups is unbeatable. The Denon AH-D1200 use memory foam, which has a slow spring-back action, therefore conforming to your head better. This padding is slick and soft.

I’m not a huge fan of the headband, however. The textured fabric that runs along the inside messes up your hair more than synthetic leather would. More importantly, it lacks the grip offered by the rubbery headbands of Beats headphones, for example.

The headband also sits unusually forward on your head, and is also quite “tall”. It sticks a good way up from your head, which isn’t a great look. Denon has never really nailed portable street headphone design in the way of Beats and Sennheiser; although the Denon AH-D1200 are still comfortable enough to wear all day. 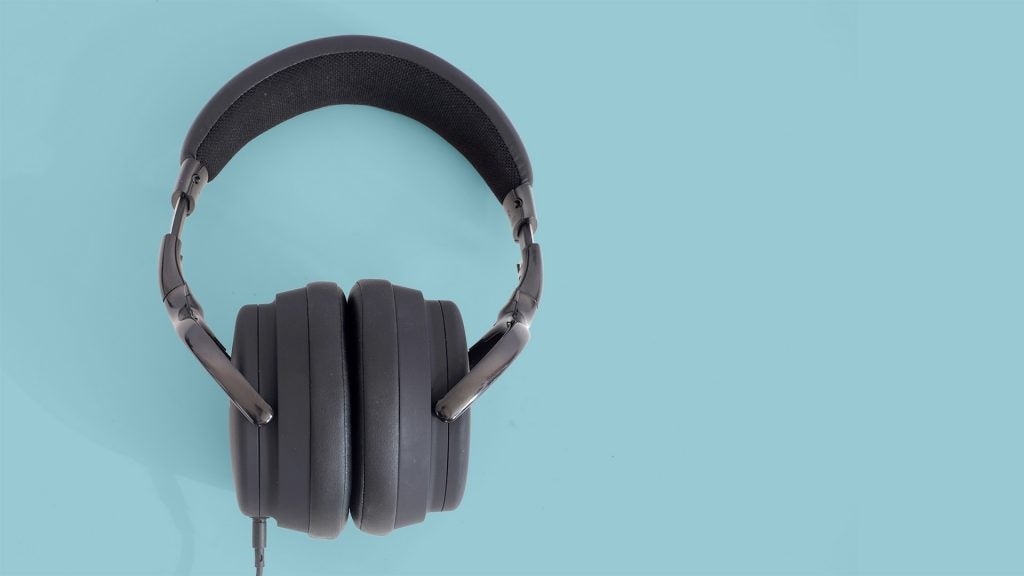 There are no extra features to the Denon AH-D1200. There’s no wireless or active noise cancellation.

The cable is removable, but there’s no twist-to-lock mechanism to keep it in place should it become snagged on something.

I’ve accidentally pulled out the cable from the cup more than a half-dozen times already. It’s a little annoying, but is less likely to cause damage than a design that keeps the cable stuck in, no matter what. 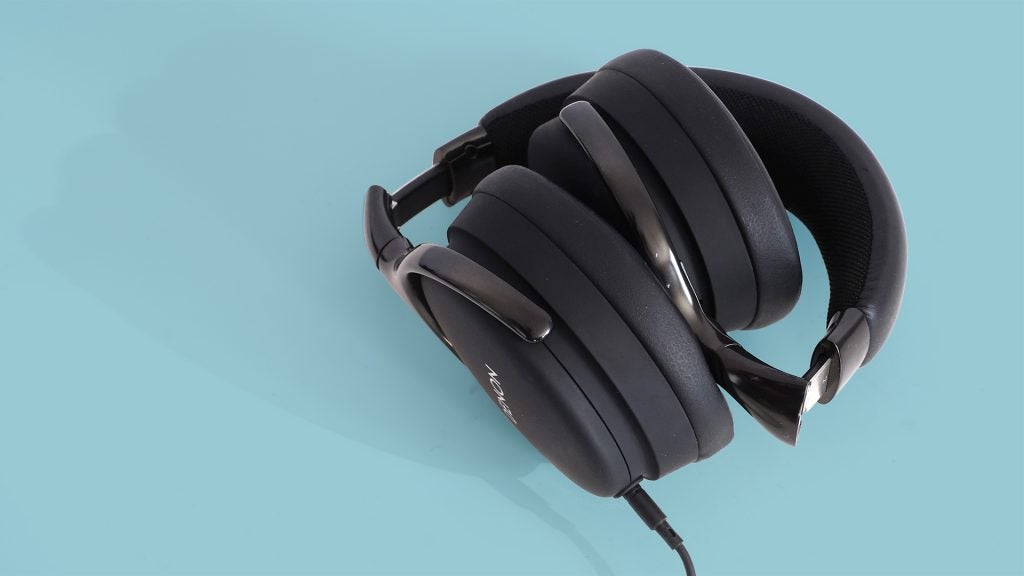 In the box are two cables, one with a 3-button remote. There’s also a soft fabric carry case, which is handy for keeping those metal stems from scratches. The fold-up headband earns the Denon AH-D1200 a few extra portability points, too. 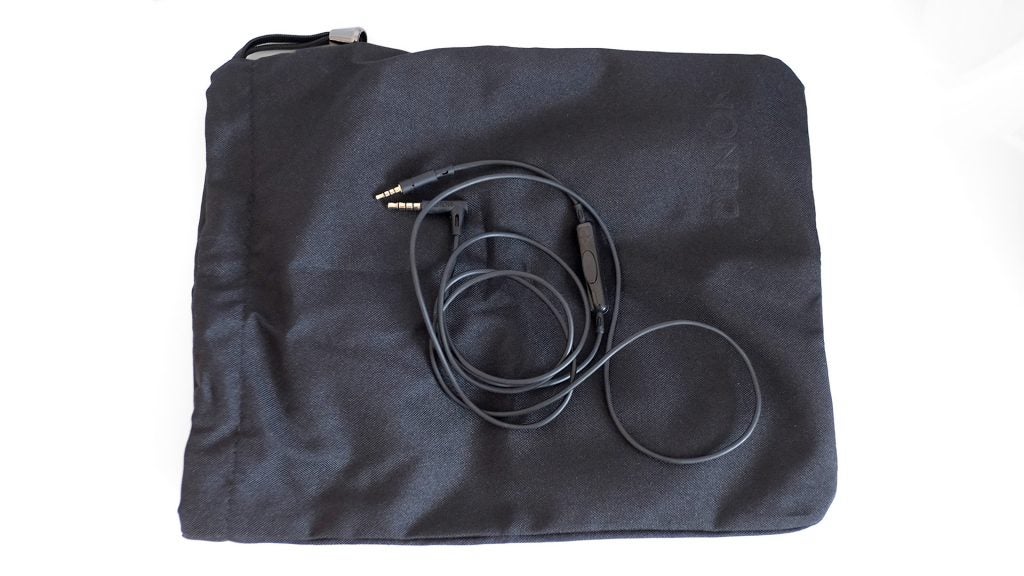 Finding direct comparisons for the Denon AH-D1200, headphones that aren’t wireless, requires some digging back into models we reviewed a while ago. Two of our old favourites are the Sennheiser Momentum 2.0 and the Audio-Technica ATH-M50X.

Denon’s tonal style sits somewhere between that of Sennheiser and Audio-Technica in this case. The Denon AH-D1200 are brighter than the Sennheisers, but far less bright-sounding than the AT pair. 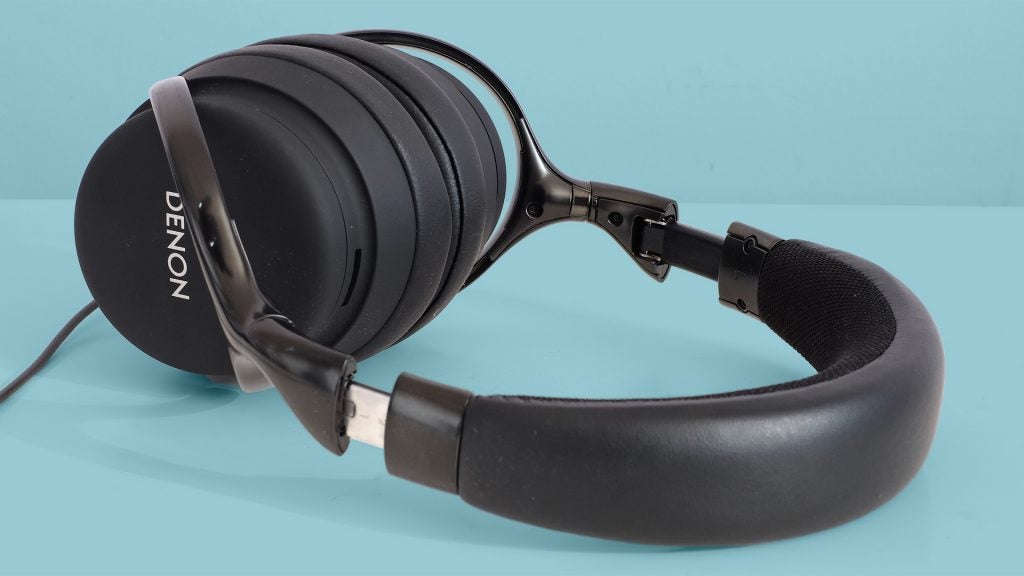 But to many ears, this is unlikely to be an issue. I find the Audio-Technica ATH-M50X one of the most engaging and vital-sounding pairs you can buy for under £150, but some find their sharp treble causes them to wince.

The AH-D1200 have a less emphasised bass than the Sennheiser Momentum 2.0. They’re more an easy-going moderate pair that’s unlikely to offend.

However, their soundstage is less wide and dynamic than the Audio-Technica ATH-M50X’s, and close listening reveals they actually sit a rung below the Sennheiser Momentum 2.0.

It took a while to identify the reasons that the Denon AH-D1200 aren’t quite top-tier, especially considering there’s nothing too obvious to complain about. But their mid-coherence and the all-round integrity of the soundstage and its separation aren’t as good as that displayed by the Sennheiser headphones.

This is a result of the somewhat gummy quality to the upper bass and low mids. This bridging area becomes more important as you spend more money; without coherent and well-textured lower mids, it’s difficult to deliver lower-register vocals realistically.

The Denon AH-D1200’s lower mids aren’t poor, but they lack a little precision and control. Sennheiser’s handling is better. It leads to greater central-channel integrity in the Momentum 2.0, and it stops driving bass lines from becoming a clouding influence.

Denon’s take in this area makes the AH-D1200 appear rich and thick. It’s enjoyable, but doesn’t lead to the most high-fidelity results compared to the best sub-£200 headphones. 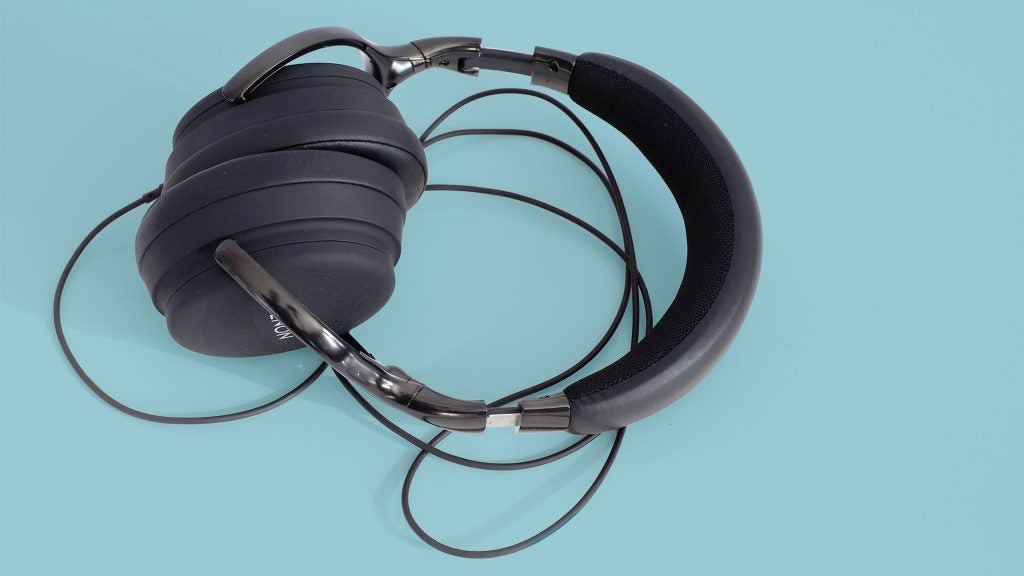 The Denon AH-D1200 are a refreshing change of pace. They offer neither wireless or active noise cancellation, and there is no battery to recharge.

Demand for simple portable pairs is on the wane, but we’re glad new options are still continuing to come to market. The Denon AH-D1200 look the part, and are comfortable – as long as you can get on board with their odd, angled headband.

Sound quality is fine, with a rich, thick tone that’s forgiving on your music and your ears. However, shop around and you can get better dynamics and separation, particularly now wireless pairs have eroded the prices of some classic sets.

For those who prefer a cable to Bluetooth, the Denon AH-1200 are a solid pair of headphones.