I often wonder why so many audio products that focus on sound quality end up sacrificing good looks and build quality. The Graham Slee Voyager portable amplifier I reviewed recently was wonderful, but looked like something you could knock up in your shed with a box from Maplin, a bit of wire and a soldering iron.


My own reference headphones – a pair of Grado SR325is – knock spots off any pair of headphones I’ve ever listened to, but you wouldn’t want to be seen out in public with them clamped to your head. Not that you’d want to subject them to the abuse of everyday commuting as they feel very fragile to boot. A friend’s obscenely expensive hi-fi has a price tag approaching ten grand, but the styling of the CD and amplifiers wouldn’t look out of place in an episode of Seventies Sci-Fi TV show, Buck Rogers. It seems so unfair: even audio geeks appreciate good design. 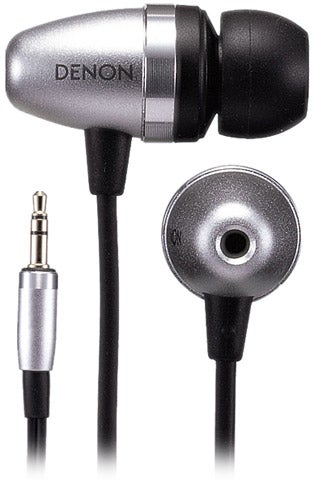 So when I first clapped eyes on Denon’s AH-C751s I was encouraged. Here was a pair of headphones that looked every bit their high £140 price tag. The bullet-shaped earpieces are both hewn from aluminium with an attractive two-tone matte silver finish. Each is trimmed with a slightly-ridged, slightly shinier ring of metal, and each is topped off with equally serious-looking black plastic ear inserts.


The build quality is just as good as the in-box looks – in fact everything about the AH-C751’s feels heavy duty. All too often expensive earphones sound good, but come with thin, insubstantial cabling. Those Grado SR325is come to mind, as do Ultimate Ears’ Super.fi Pros: both have cables that don’t feel like they’d last a year of the daily commute. Not so here: the cables on these Denons are thick and feel like they’d cope fine with being caught in your jacket zip a few times; the junctions where cable meets plug are sturdy too, and whatever Denon did to them to make them ‘tangle-resistant’ works brilliantly. Just like the Ultimate Ears Super.fi 4’s I reviewed recently, you can stick these in your pocket, pull them out a day later and you won’t need to spend a minute or so unravelling them.

Alas, as soon as you plug them into your ears you’re back in audio geek territory: those bullet-shaped bodies stick sideways out of your ear instead of sitting flush making it look as if you’ve got some sort of bizarre piercing in – it’s not an elegant look. And I’d like to have seen a more expansive set of accessories for £140, too. Though you do get a two piece, modular cable (the main cable is 50cm long and there’s an 80cm extension), plus a carry case, the fitting options are limited. 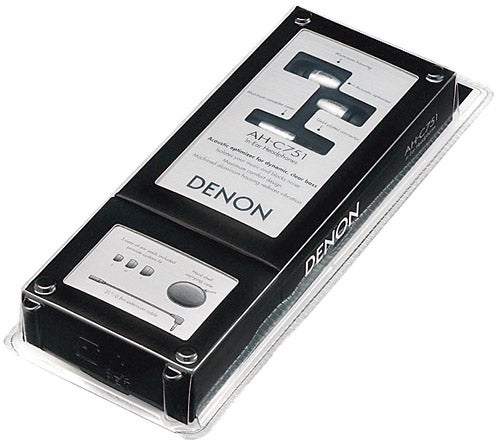 As with the AH-C751’s predecessors, the AH-C700s, you get just three pairs of silicone rubber flanges; and as Riyad found then, I found that none of the supplied fittings created a fit tight enough to experience the headphones at their best. That’s not to say that they won’t fit your ears – everyone is different, after all – but it does mean that they’re less likely to fit you than, for instance, a pair of Shure SE310s, which cost a little less than these and come with a total of seven fitting sleeves: three foam, three rubber and one triple flange rubber fitting.


Once you do achieve a tight fit, however (I had to transplant a pair of medium Sennheiser fittings for the purposes of this review) they do sound rather special. I started my listening tests with Cerys Matthews’ album Till The Sun Turns Back and compared the Denons back to back with my current favourite ear canal phones – the Sennheiser CX 95s. Open Roads is a track that’s particularly difficult for headphones to reproduce: strong, strident vocals are coupled with a complex backing track that includes guitars, pianos and violins. The AH-C751s reproduced each part with impressive clarity and separation. The CX 95s do well but have a little more sibilance on Matthews’ voice and I couldn’t quite hear the separate parts as clearly. 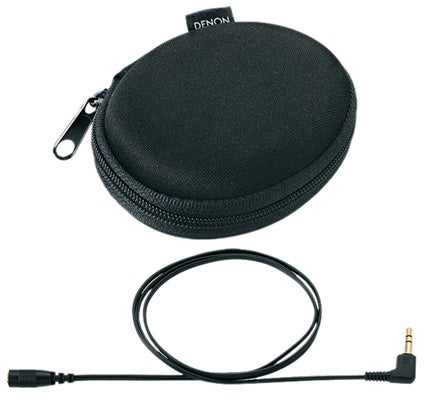 Moving onto something a little simpler, but equally challenging, I loaded up the opening track of Joe Henderson’s peerless Lush Life disc – Isfahan. Its simple saxophone solo and double bass soundtrack is an excellent gauge of how naturally a pair of headphones is able to reproduce music. Again, I was impressed with the Denons. Every nuance of the sax was reproduced faithfully and the soft twang of the accompanying double bass was far more convincing and real-sounding on these phones than it was with the CX 95s.

But the AH-C751’s are not perfect and initially this manifests itself in a sound that’s a touch on the dry side. They lack the Sennheisers’ warmth, excitement and punch, and neither do they have the thumping bass of those headphones. They’re not as at home with all types of music, either. One track I always like to throw in, to really challenge an audio product, is Mozart’s Requiem – a choral work of astonishing drama and complexity. Lachrimosa, in particular, really tests a product’s ability to reproduce complex high frequencies, and here the Denons failed badly. As the choir reached its crescendo, the headphones simply failed to cope; they didn’t exactly break up, but the resulting noise was bad enough that you wouldn’t want to listen to it for long.


Muse’s Black Holes and Revelations exposed this weakness too, albeit not as cruelly, with a sound that wasn’t quite full enough to allow me to properly enjoy the music. Starlight’s powerful, driving electric guitars could have done with a touch more body, and Knights Of Cydonia’s screeching opening vocals suffered from a similar muddle and incoherence as Mozart’s Requiem’s choir at full blast. 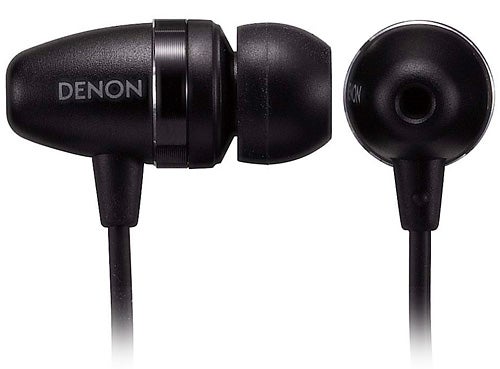 
I really liked these Denon’s, but the trouble was I didn’t like them all of the time, with all types of music. Though they boast an impressive level of balance, warmth and realism, and are especially strong with acoustic music, there are weaknesses. Some tracks expose a deficiency at the top end and they have a slightly dry overall balance that won’t be to everyone’s taste.


The AH-C751s are, however, clearly very capable headphones – the problems detailed above will only surface occasionally. But they’re just not quite capable enough to convince me they’re worth spending £140 on. And, call me picky, but if I’m going to be spending this much on a pair of headphones I’d also expect them to come with a more complete range of fittings out of the box.