The alluringly named Denon AH-C621R are a set of in-ear wired headphones targeting the same sub-£100 price point as the 1More Capsule and Onkyo e700M.

Like their competition these earphones promise to offer solid sound quality at a price that won’t break the bank.

Though they’re not the prettiest set you’ll see, the Denons manage to separate themselves from their impressive competition by getting all the basics right, earning a place as one of the best affordable sets currently available.

The Denon AH-C621R don’t try to hide the fact that they’re sub-£100 headphones. Unlike many competitors, Denon’s opted not to use a textured cable and has kept the design fairly subtle.

Outside of a couple of dabs of silver plastic and a remote, the AH-C621R look like a bog-standard set of earphones and could easily be mistaken for any other set, such as the Sennheiser CX 5.00. In my mind this is no bad thing, as the basic design ticks most of the right boxes when it comes to functionality.

Thanks to four silicone tip options, plus a single pair of Comply TX400 ear-tips, most people will be able to find a size and fit that suits them. The bud’s shape, plus the set’s light weight, also made the AH-C621R more comfortable than the 1More Capsule and Onkyo e700M, which both have atypical designs.

The lack of wingtips mean these are firmly casual headphones, not well suited for running or gym use, but that’s not what they’ve been designed for.

My only issue is that the silver plastic parts all feel a little cheap and flimsy. The remote in particular doesn’t feel like it’d survive an accidental bash, and the volume and play/pause controls had already began to feel a little bit squidgy after two weeks testing. On the upside, the remote’s very light. 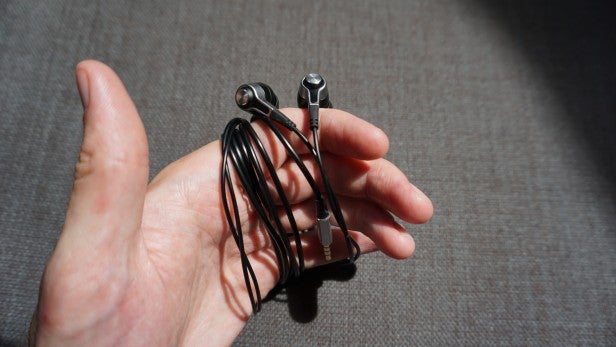 Sound quality is never going to be awe-inspiring on a sub-£100 pair of headphones, but the Denon AH-C621R do a decent job of avoiding the pitfalls most affordable sets stumble into.

At high volume they’re suitably controlled, with little distortion creeping in. Denon has also sensibly tuned the low end to give a decent tonal balance. Many of the cheaper sets try to mask a weak overall sound with overpowering bass.

Mids aren’t the most powerful I’ve heard, but are expressed with enough detail and definition to ensure complex genres, like jazz or prog rock, don’t lose all of their more subtle elements, as they do on many cheapers sets.

Highs aren’t quite as well dealt with as they are on the 1More Capsules, though. In more aggressive genres, such as punk and metal, guitar parts can at times take on a slightly acidic quality, though the problem isn’t quite as pronounced as it was on the Onkyo e700Ms.

This combination makes the Denons feel like one of the most balanced set of sub-£100 in-ear headphones around, and means they work well with most types of music.

My only minor criticism is that, in its attempt to create a balanced sound, Denon has made the AH-C621Rs a little muted, with no one part ever really shining and them generally lacking the shimmery tone you get on more expensive sets from the likes of Shure. But hey, at this price point what do you expect? 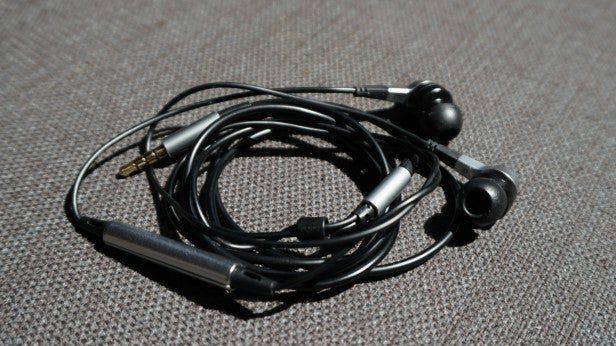 If you’re in the market for an affordable pair of in-ears, you’ll be hard pressed to find better than the Denon AH-C621R. They don’t come with any advanced bells and whistles, like ANC, wireless connectivity or a Hi-Res Audio badge – not that the latter means much – but they succeed by getting all the basics right.

Offering a balanced sound that doesn’t emphasise the lows, highs or mid-range, the  AH-C621R are some of the most flexible earphones I’ve tested at this price point, working well with a variety of different genres.

My only slight concern is that the plastic remote and rubber cable aren’t the sturdiest I’ve seen, so I’d worry they might not take too much abuse.

The Denon AH-C621R are some of the most balanced earphones you’ll get for less than £100.