Denon is a company best known for its hi-fi components and DVD players more than anything else. It’s won multiple awards for the latter and the firm’s superlative 1920 player is my current movie player at home – until I stop being stingy and stump up for a Blu-ray player.


Something it’s probably less celebrated for, however, is its headphones. This is perhaps understandable as it’s an area it has only recently moved into, but for an upstart it has a remarkably wide range. Courtesy of a number of new launches, it now has headphones covering everything from the very high-end (the AH-D5000 and AH-D2000) right down to budget £30 canalphones (the AH-C351) with plenty in between. 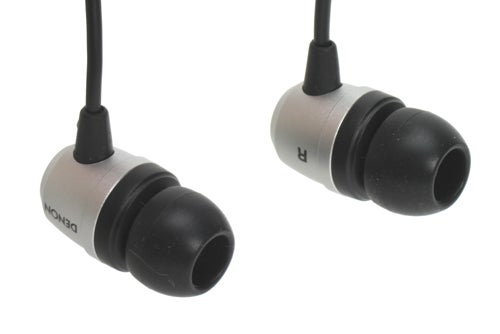 We’ve already reviewed the firm’s top-end canalphones, the AH-C751’s, and were impressed by the sound quality, if not the fit and comfort. Now it’s the turn of the more mainstream AH-C551’s, which come in at £70. At this price, however, they’re up against some stiff opposition. Sennheiser’s excellent CX 95’s cost around this much and are my current favourite mid-range headphones.


The AH-C551’s make a good first impression thanks to their fine build quality. Like the AH-C751’s, they’re constructed from a solid, machined aluminium housing. They feel super-solid, cold to the touch and are pretty light at 5.4g per pair. The cable is robust and the joints at the earpieces and plugs are all well made. This is a luxurious, high-spec pair of phones that feel worthy of every penny of your £70.

As with the AH-C751s, the 551s have modular cables so you can use them with a mobile phone hands-free adapter or a clip-style MP3 player without having to stow away a tangle of wires. They come with a hard case and the same set of three rubber fittings – large, medium and small flanges – are included in the box. It’s disappointing that more weren’t provided, but it is relatively cheap to buy alternatives if these ones don’t fit your ears.


The cable is impressively tangle resistant: stick these in a pocket and when you come to pull them out you’re much less likely to have to spend the next five or ten minutes unknotting them. This is one area where Denon has Sennheiser beaten – the CX 95’s cabling frequently becomes an impenetrable mess in my pocket.


The AH-C551s also sport a similar internal design to the more expensive AH-C751s: they’re single driver phones with a small ported cavity behind the driver, which Denon dubs the ‘acoustic optimiser’. This is supposedly to balance out the pressure that builds up behind and in front of the driver’s diaphragm for a more natural sound.

There are differences between the AH-C751’s and AH-C551’s, however, as you’d expect for that £80 differential. The detailing isn’t quite as nice as with the AH-C751’s – the plug on the short cable leading to the earphones isn’t aluminium, it’s plastic; and there’s none of the lovely ribbed trim gilding the edge of each earpiece either. 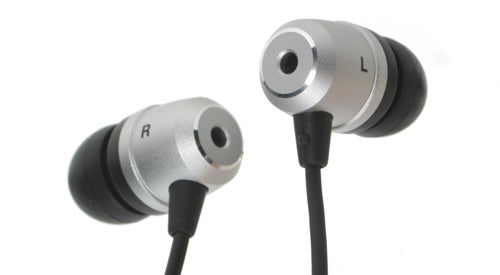 And that acoustic optimiser isn’t quite as large with the AH-C551’s, resulting in a stubbier profile. Not that this is bad thing – far from it. The larger chamber of the more expensive phones may well make for better overall sound quality, but they don’t look great and they’re not the most comfortable in-ear phones either. In fact the shorter front to back measurements of Denon’s cheaper phones mean they’re more comfortable in your ear, and they’re also easier to position correctly. Even with the limited fittings (which didn’t fit my ears at all with the AH-C751’s) I found it easier to achieve a proper seal with these. And getting a proper seal is crucial if you want to get the most out of any set of quality earphones meant for your ear canals.


And once you do pop these in your ears, the most important aspect of any headphone – the sound quality – is likely to impress. I hooked the phones up to a Squeezebox and headphone amp streaming lossless Flac files to ensure a top quality source, and warmed to the AH-C551’s immediately. First up in the queue of music for the listening tests was Pat Metheney’s quiet, atmospheric and beautifully-recorded ”Map of the World” album and this showed off the Denons in a very positive light. 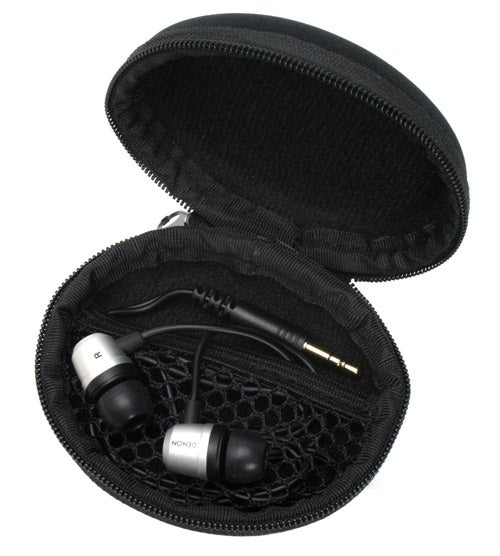 They have a very warm and balanced sound to them, but with plenty of dynamics. When Metheney plucks his strings, the sound explodes out into your ears with assurance and timing that’s surprising in earphones of this price. In comparison with the AH-C751’s, the sound isn’t quite as airy, realistic and crisp, but it’s still pretty good. I moved next to something altogether more demanding and gave the AH-C551’s a blast of Metallica’s 1980s classic, ”Sad But True”.


With the AH-C751’s this sort of music can sound tiring with too much splashy top end, but strangely with the cheaper AH-C551’s it’s much easier to listen to. That warmth I mentioned previously helps to balance out any tendency for over-enthusiasm at the top end, resulting in a much more enjoyable listen. And, by the way, the complex distorted guitar work elsewhere doesn’t descend into a muddle either.

The AH-C551’s can’t cope, however, with the complex choral refrains of Mozart’s ”Requiem” at the top end. When the voices reach their powerful crescendo, they take on a harsh and grating edge – in this respect the sound signature is similar to the AH-C751’s, but the 551’s give up the ghost much earlier. 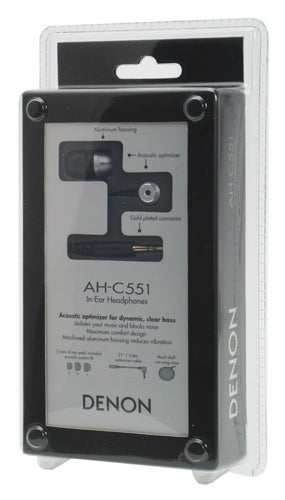 But while the AH-C551’s impress – with a couple of caveats – Sennheiser’s CX 95’s are still the headphones to beat in this price bracket. For quiet jazz and most classical music, I prefer Denon’s AH-C751’s and, to a lesser extent, these AH-C551 earphones. But the CX95’s manage to create a sound that, while perhaps not as warm and emotional as the AH-C551’s, is just as atmospheric and captures just as much detail. They may be colder and more analytical, but they don’t get nearly as flustered when you give them complicated material to play with, and neither are they weak in any one particular area. Heavy metal, classical, jazz and choral music are all dealt with in a balanced, uncomplicated way that make the CX 95’s great do-it-all earphones.


Denon’s AH-C551 earphones are very good. If you mainly listen to jazz, classical and acoustic music, they’re the best you can get for this sort of money. They’re well made, come with a decent selection of accessories for the money, and sound fantastic (most of the time) with other music too.


The problem for the AH-C551’s is that they do have some weaknesses, specifically at the top end, which can sound strained and coarse, and this makes them occasionally difficult to listen to. For this reason the Sennheiser CX 95,s are still my favourite earphones in this highly competitive price bracket. The difference is small, but for my money the AH-C551’s just aren’t quite as rounded.