Denon’s latest headphone range is split into a bunch of families. Urban Raver is for young bass-lovers, and the Music Maniac crew that the Denon AH-C400 belong to is for more discerning audio nuts. It’s closer to the traditional Denon approach, where sound quality matters over everything else. 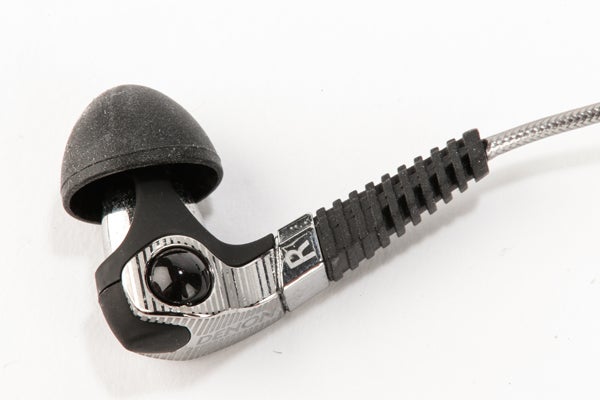 Looks-wise, the Denon AH-C400 have some of the company’s new-school design flavour. The cable’s outer is translucent, with a snazzy-looking silvery core in the middle.

The earpieces are more angular than Denon’s former flagship in-ear model, the AH-C751, too – they were innocuous bullets that gave little away about their high-end status, aside from being made of aluminium.

The Denon AH-C400 are altogether more eye-catching. Decked out in black and silver, with circles here, lines there, they’re nowhere near as plain as their predecessors. We found that they are a little too willing to work their way out of your ears as their ‘arm’ design leaves a fair amount of earphone sticking out from your ear canal. 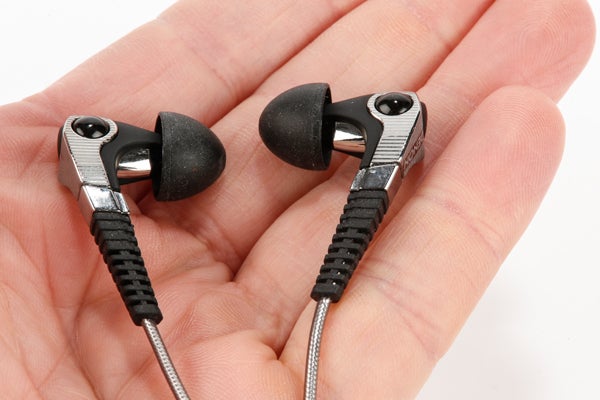 However, the same can be said of one of their top rivals, the Ultimate Ears Triple.fi 10. Comfort still largely depends on the type of tip used, and Denon includes both rubber and foam types, but the headphones make no particular comfort concessions themselves.

What is a more serious design issue is the non-removable cable. We like to see headphones over £150 use removable cables, as it gives you a ‘second chance’ should you accidentally put them through some rough treatment. Many similarly-priced rivals do offer swappable cables, including Shure’s and Ultimate Ears’s. 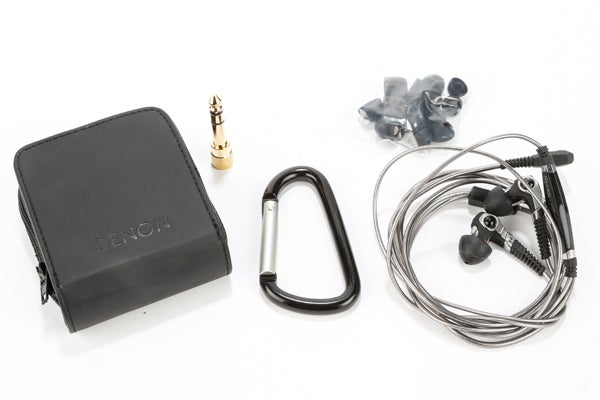 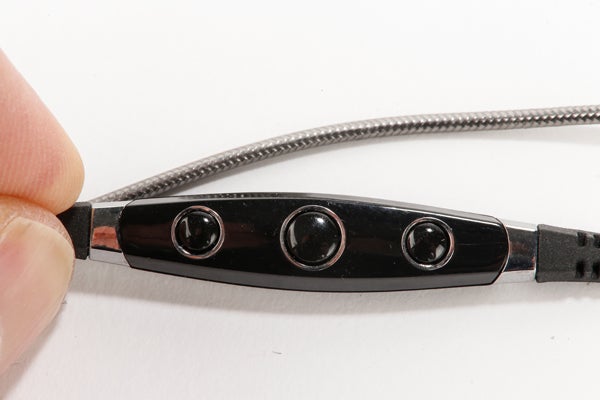 The cable features a 3-button remote designed for Apple devices

The Denon AH-C400 are ‘Music Maniac’ headphones. This range is out to please the more traditional audiophile type.

They use dual armature drivers, which are more accurate but generally less meaty-sounding than the dynamic type seen in lower-cost headphones. However, at the price you can get a pair of triple-driver armature earphones – the Ultimate Ears Triple.fi 10.

The Denon AH-C400 are balanced-sounding earphones with none of the aggressive bass-heavy styling that we saw introduced to the company’s AH-D600 headphones. 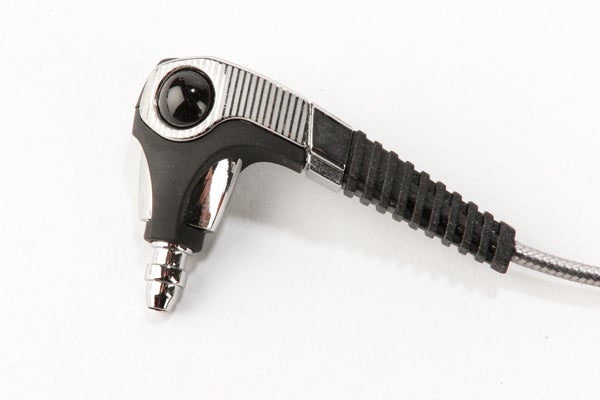 If heavy bass if what you’re after, you probably want to steer clear as the low-end is slightly reserved, with good depth but no bloat whatsoever. For big bass, look to the Denon AH-C300, this set’s ‘Urban Raver’ sibling, which uses dual dynamic ‘air compression’ instead of the more refined balanced armature type.

Bass is taut and disciplined at mid-level volumes but, bafflingly, there is some mild bass distortion in tracks with prominent low-end when played at very high high volumes.  We wouldn’t expect this of a £70 earphone, let alone a £170 one. It’s not tremendously ugly distortion unless you up the volume to dangerous levels, just an audible sign that the dual balances armatures can’t really cope with what they’re being dealt.

This sort of inconsistent performance is seen elsewhere in the Denon AH-C400 too. At mid-level volumes, the tone is excellent. It’s slightly analytical and quite neutral, with unusually good mid-range detail and coherence – even in this ‘high-end’ class. 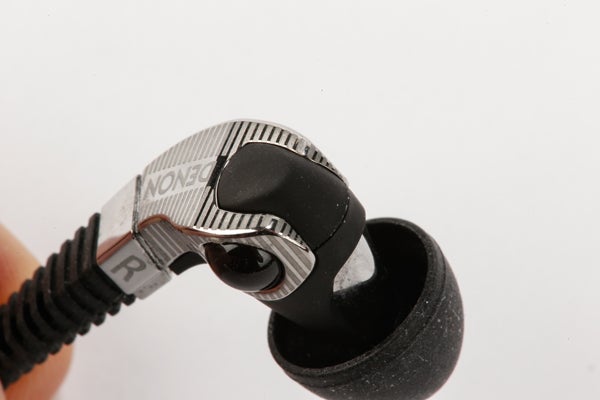 Without any amplification, the mids can start to sound a little forced and harsh on the ears when the volume is cranked, but are smoothed-out when given a little extra power through a headphone amp.

The Denon AH-C400 are earphones that significantly benefit from amplification, smoothing out the impressive but at times challenging mids and significantly improving the soundstage. If you’re simply looking for earphones you can plug into an iPod and get the best out of, these are not they.

They will still sound great plugged into an MP3 player, but we found the similarly priced Ultimate Ears Triple.Fi 10 a little harder-hitting and fuller-sounding, and its price is veering into triple-driver territory.

The Denon AH-C400 are great, neutral-sounding earphones that don’t succumb to the trend of upping the bass in headphones. Their slightly analytical approach will please audiophiles.

However, they do seem a mite expensive for dual-driver earphones, and do start to sound a little forced at high volumes without a headphone amp. We prefer their sound to Denon’s old AH-C751 earphones, which were a little heavier on the bass, but a few issues mean you really need to like their sound signature for them to be worth considering.

The Denon AH-C400 are high-end dual micro armature earphones that have a largely accurate, neutral sound. They’re designed for discerning types, not basshounds. They sound best at low-to-mid volumes and don’t have a removable cable, though.