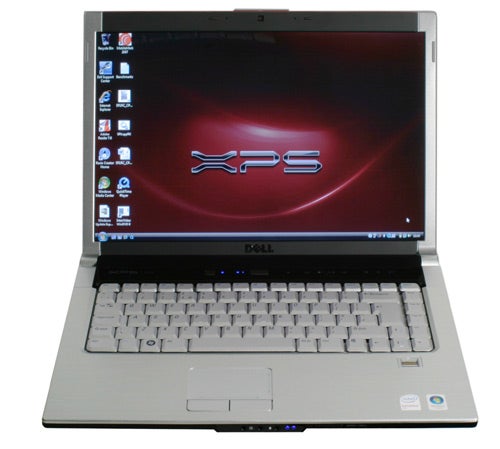 If you’re a regular reader or just a signed up member of Gadget-a-Holics Anonymous (then you really ought to be a regular reader), then you’ll know it looks distinctly like the truly wonderful Dell XPS M1330 – a notebook so good it managed to snatch second place in the Best Notebook category of the inaugural TrustedReviews Awards 2007. However, the M1330 it isn’t, because today I’m looking at its new bigger sibling, the XPS M1530.


Announced not long ago, it takes the same basic design and expands it to house a larger 15.4in display and updated hardware. This was always a logical move for Dell to make given the success of the 13in model, providing a far more attractive and exclusive tonic to the solid but rather utilitarian Inspiron 1520. 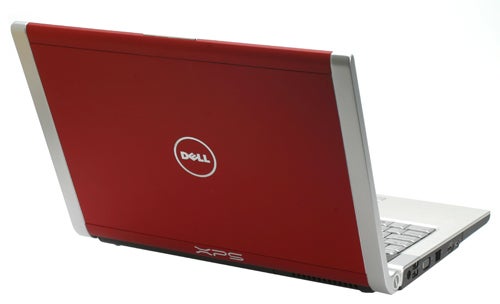 Aesthetically then, it should go without saying that the XPS M1530 is everything one would hope it to be. Dell has done an excellent job of translating the already excellent styling to a larger chassis, losing none of the style or sharpness that made the XPS M1330 such a popular and in demand machine. Its combination of brushed metal interior, touch sensitive buttons and ‘micro satin’ exterior is eye catching and boast worthy – should that be a requirement.


Naturally enough it also keeps the same wedge shaped design and for a notebook of its size the M1530 is really quite slim, measuring 23.7mm at its thinnest point and 35.1mm at the back. It’s also very light. Dell quotes a “starting weight” of 2.6kg, but our sample is a no less impressive 2.74kg with the supplied six-cell battery. You can also specify a nine-cell battery and though Dell didn’t send us one, it’s a good bet the overall weight should remain below 3kg. 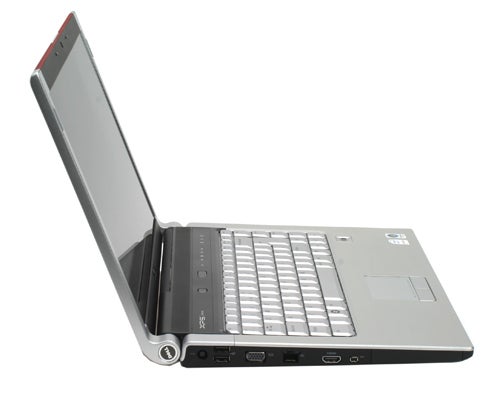 Obviously this version is also wider, measuring 357mm across and 263mm deep. Much to Dell’s credit though, it has resisted the temptation to use this space too liberally, keeping the same size keyboard and layout. Let me just say: this is a very good thing. Anyone who has had the pleasure of using an XPS M1330 will know just how good the keyboard really is, with a near perfect layout, firm and responsive keys and a total lack of any flex, such as that found on cheaper notebooks like the Toshiba U300-134.


Consequently, the XPS M1530 is every bit as enjoyable to use as its inspiration, while the touch pad remains well placed and proportioned. Other than this there are some very minor differences, with the glossy black strip that encases the touch sensitive buttons extending a little further down and around the edges of the keyboard.

On the outside there’s little change to be seen. Those in the UK still get a choice between ‘Tuxedo’ Black and ‘Crimson’ Red finishes, while the lucky blighters Stateside enjoy the option of a rather fetching looking ‘Arctic’ White – no doubt to appease those looking for a MacBook alternative. It’s not entirely clear why Dell don’t offer this option more widely yet, but a change would be most welcome! 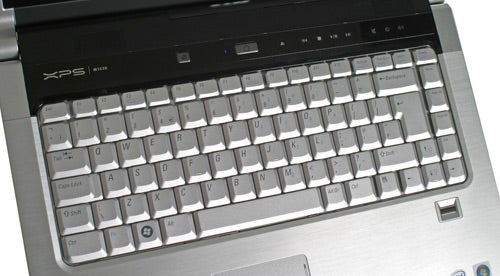 Processor options remain largely the same, with our sample coming with the Core 2 Duo T7250, which is clocked at 2.0GHz with an 800MHz front side bus and has 2MB L2 Cache on-board. This is a very capable option for most needs, while those with more demanding requirements can choose between a 2.2GHz T7500 and the 2.4GHz T7700.


For system memory you get 2GBs (2x1GB) worth of 667MHz DDR2 RAM as standard, with an option for 4GB (2x2GB) also available. However, this is only worthwhile if you’re opting for 64-bit Vista that can use that amount of memory, so 2GBs is the most the majority will need. One area that does see a significant upgrade, though, is the hard drive, with a 250GB 5,400rpm SATA HDD coming as standard across the range. You can also opt for a 64GB SSD, though this will set you back an eye-watering £800 and hardly seems worth it in a notebook of this size.

Another area that’s notably improved is the graphics options, with a 256MB nVidia 8600M GT coming as standard. It still won’t rip through all the latest games, but you should be able to play a good selection of titles at 1,280 x 800 with some details turned down.


However, this improvement in graphics processing isn’t matched by the display options. One of the main attractions of the M1330 was its LED backlit screen, but unfortunately no such option is available on this larger model. Moreover, at present the only option is the standard CCFL backlit 1,280 x 800 screen. This is quite a capable display, with a nice even backlight and decent colour production, but in what is supposed to be the premium product some greater choice wouldn’t go amiss.

Indeed, if one were to have any particular complaint about the XPS M1530 at this present time, it would be that Dell hasn’t quite delivered on the range of customisation one would expect of an XPS branded notebook. For example, though the 250GB SATA HDD is very generous, there’s no option for larger 300GB drives that are now available, or a faster 7200rpm drive in any size at all.


As far as display options go, it would also be great to see 1,440 x 900 and 1,680 x 1,050 resolutions available, while the 512MB version of the 8600M GT would be necessary to help power games at those higher resolutions. With any luck Dell will begin to introduce these more extensive options as it ramps up production on this model, which given its record would seem likely.

Putting aside these disappointments, there’s still plenty of great options available. Those with cash to burn will appreciate the chance to equip a slot loading Blu-ray drive, while integrated HSDPA is also available. For a small amount extra you can also opt for 802.11n Wi-Fi, for those who’ll appreciate the extra range and transfer rates. As standard, though, you get Intel 802.11a/b/g Wi-Fi, with 10/100 Ethernet and Bluetooth 2.0 EDR both integrated as well. As with the XPS M1330, there’s no modem, but who gives a damn anyway?

Connectivity has been bolstered for the larger version, with an extra USB port added along with S-Video. Thus, on the left edge you’ll find the DC-in, two USB ports, the D-SUB port, Ethernet port, HDMI and a 4-pin FireWire port. You’ll notice that just below the right side of the keyboard is a fingerprint reader, which is included on all configurations – as is the 2.0 Megapixel camera.


Moving to the front, audio connections are rounded off with dual headphone jacks and the microphone/ Line-in jack. These are joined by an infrared receiver for the included media remote, which fits snugly into the 54mm ExpressCard bay and is another great touch. Also on the front is an 8-in-1 memory card reader, which should be able to deal with most card formats you throw at it.

Finally, the right edge is taken up mostly by the slot loading optical drive. However, there is space for the aforementioned 54mm ExpressCard slot, another USB port and an S-Video output. Overall, this is a very strong selection, with HDMI obviously being the highlight for those wishing to connect their notebook to a TV.


This is obviously a big attraction these days, while Dell’s Media Direct software can be booted outside of Windows for quick access to your media. Unfortunately, video codec support is somewhat limited, though it does prove a useful and quick way to access music. Another benefit is that since it doesn’t load a lot of the normal Windows services it should enhance battery life, making it good option when watching DVDs on the move.

For performance testing the M1530 was put through the usual set of benchmarks, including PCMark 05 and Vantage, our in-house Photoshop Elements and Virtual Dub rendering tests and a selection of MobileMark 2007 battery tests – when it chooses to work at least.


Overall, results were solid. In PCMark05 it bested the M1330 overall due to its faster graphics processing, but in all other tests things are more or less neck and neck. PCMark Vantage scores are also decent, though we’ve yet to test enough notebooks using this new benchmark to provide any meaningful comparison. 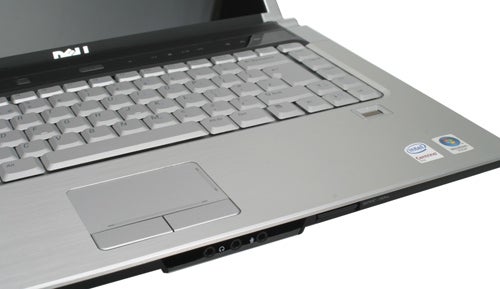 In our in-house tests the XPS M1330 did prove to be a little faster, though this will be due in no small part to the sample we had using the Intel Core 2 DuoT7300, which is only marginally faster due to having an extra 4MB L2 Cache instead of 2MB. Obviously, if this is a concern for you then the T7500 or T7700 are worth considering, though for general use the T7250 is more than able.


For battery testing I can finally bring you a full set of results from MobileMark 2007, an excellent benchmark that’s somewhat unreliable in so much as it doesn’t always work. Happily, in this case it did and the M1530 performed well. In the Productivity test, which simulates real world usage using a variety of tasks along with pauses, it managed two hours and 55 minutes using the default Balanced power profile.

Meanwhile, in the Reader test, results were three hours and 15 minutes and three hours 20 minutes, in Balanced and Power Saver profiles respectively. Finally, the DVD playback test terminated one minute short of the two hour mark. This is a solid result, especially given that this is run with display brightness set to its maximum.


So, having looked at design, performance and features, it is clear that the Dell XPS M1530 is a notebook of great note. Though tempered by a slight scarcity of configuration options, it’s hard to get away from the fact that this is a slim, attractive and well put together take on the 15.4in notebook. For sure, it’s more expensive than a similarly specified Inspiron or the likes of the Acer Aspire 5920, but if you want a larger notebook and don’t want to sacrifice on style, visual impact or quality, then this machine offers great value and a solid feature set that’ll hopefully expand in time. 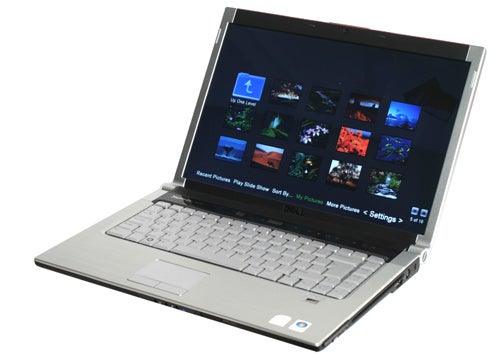 
As 15.4 notebooks go the XPS M1530 is exceedingly slim and good looking, making it great option for those who want a desktop replacement but don’t want to sacrifice on styling or features.