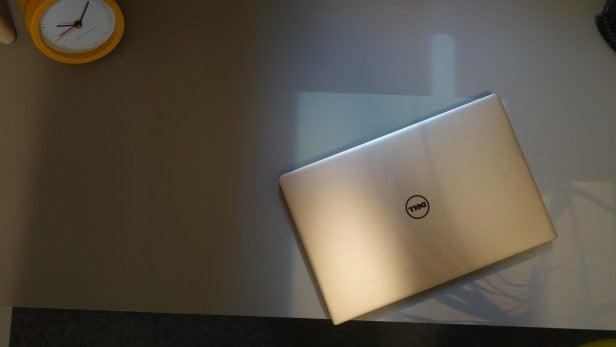 Performance is snappy thanks in part to the 2.7-3.5GHz dual-core processor, and partly thanks to the speedy SSD. The Core i7 in this machine is a dual-core chip with Hyper-Threading, which enables each core to be treated as two separate threads, allowing for better performance in intensive tasks such as video rendering. It’s a similar setup to that of the 13-inch MacBook Pro, although the base model Pro that costs £150 more than this XPS 13 only gets a Core i5 chip with a lower clock speed.

This showed through in benchmark results, where the XPS powered to GeekBench 3 single and multi-core scores of 3,600 and 7,675 respectively, soundly beating the MacBook, as you’d expect.

I also tasked our in-house video editor, Tom Honeyands, to produce two identical three-minute video reviews on both the Dell XPS 13 and the MacBook Pro, and while both handled the editing process in a very similar fashion, the Dell was over two minutes faster when rendering the video, taking just over five minutes to do so.

Something to consider is that the XPS 13 doesn’t get Intel’s Iris Graphics, making do with Intel HD Graphics 620. This means it’ll be slightly slower than both the MacBook Pro and Lenovo IdeaPad 710S when working with video effects. None of these machines are for gaming, though, so while it will make a difference, all will offer a compromised experience. 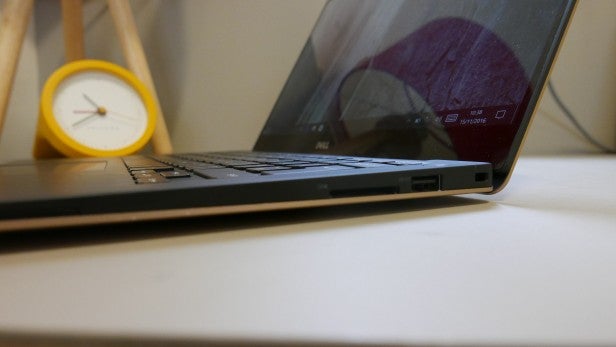 The 256GB PCIE SSD is extremely fast as well, putting in a Crystal DiskMark read speed of 1,316MB/s and a write speed of 626MB/s. This is significantly slower than the MacBook Pro and will make a difference when loading large video files directly from the SSD, but in general use it’s hard to feel a difference between the two.

With the more power-efficient Intel Kaby Lake processors on board, the XPS 13 is still a machine you can trust to take you through to bedtime. I worked a full eight-hour day that consisted of sending emails and writing documents with the screen at a little over half brightness, and still had some to spare come home time.

It wasn’t quite so strong in our Netflix test, burning through 19% of its battery in a single hour of streaming at 150nits screen brightness.

Running Powermark, which is usually slightly less intense than an average day’s work, the XPS 13 ran for 10 hours and 2 minutes, which is one of the best results I’ve seen in this benchmark.

Trusted has now reviewed three of Dell’s InfinityEdge XPS 13s and the recipe hasn’t changed a lot, although the base price for these models has risen from around £800 to £999. While a big step up, that isn’t completely out of line with the rest of the industry, where premium component pricing has taken a big upswing.

The model on test here is the most expensive Trusted has looked at in those three iterations, which is fitting considering the introduction of Apple’s even-more-expensive 2016 MacBook Pros. 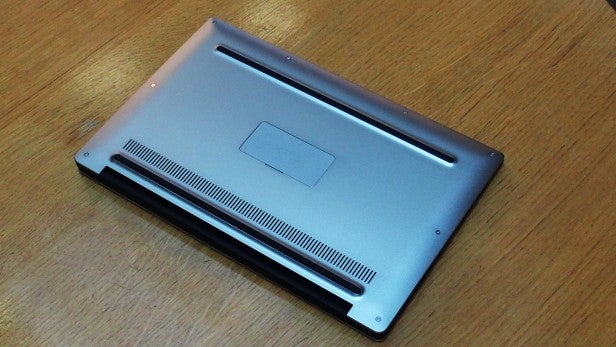 It’s at the high end that the Dell XPS really shines. The top-spec Intel Core i7 processor makes light work of HD video tasks while still sipping power in other tasks to make true all-day battery life a very real claim. It doesn’t have the wow factor that it did a couple of years ago, and it certainly doesn’t match the MacBook Pro for pure experience, but it’s a winner in every other way.

The Dell XPS 13 is more expensive than the likes of the Asus ZenBook UX310UA and Lenovo IdeaPad 710S, but it beats them both in terms of screen quality, build quality and SSD performance, as well as boasting a Thunderbolt 3 connector. If you rely on your laptop for serious work, the XPS 13 is the obvious choice.

Still the best Windows ultra-portable that money can buy.