Windows RT is seeing a quite limited hardware selection, and some of the big PC names are not supporting it at all (HP, Acer and Toshiba) or at least not in the US (Samsung). So from the major brands we have the Microsoft Surface, the 11-inch ARM version of the Lenovo Yoga 13, the Asus Vivo Tab RT and – on this side of the pond – the Samsung ATIV Tab. And there’s Dell, with its XPS 10 which we’re looking at today. 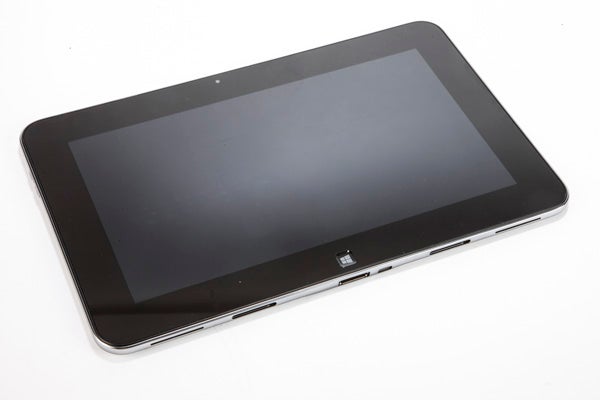 All of the available RT tablets are convertibles – yes, even the Surface with a Type Keyboard Cover can be classed as a laptop replacement – meaning they give you a ‘pure’ tablet with keyboard attachment. The Dell XPS 10 follows the same route as the Asus and Samsung Tabs, offering a clamshell detachable form factor with a second battery and extra connectivity in its keyboard dock. Frankly, we think every convertible should offer this, so the XPS 10 is off to a good start.

Looking for other options? Check out our Best Windows 8 Laptops, Tablets, Convertibles and PCs roundup

Like its rivals, it sports a 10-inch IPS screen with a 1,366 x 768 resolution. Windows RT hums along on a dual-core Snapdragon 1.5GHz CPU rather than the usual Tegra 3 quad-core offering, backed by 2GB of RAM and with either 32GB or 64GB of storage.

Of course, Windows RT also means you’re getting the ARM version of Microsoft Office 13, albeit without Outlook – on a tablet starting at under £400. Best of all, Dell claims a whopping 18hrs and 18mins of battery life for the XPS 10 with dock, though this combo will set you back around £550. 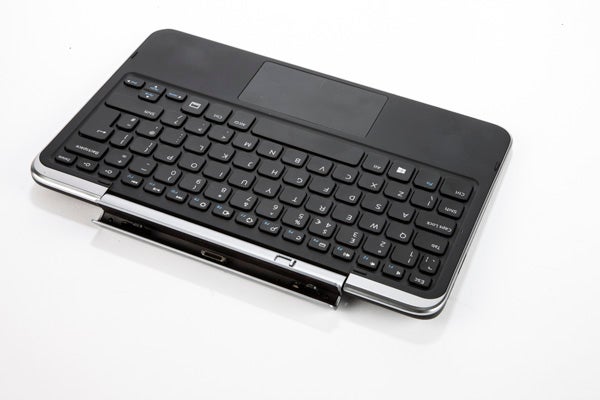 Obviously though, on a sub £400 device Dell couldn’t go with metal and carbon fibre. The only metal part on its XPS 10 is the hinge and lock mechanism. However, the faux-metallic silver strips that surround both the tablet and dock’s keyboard area certainly look the part. In fact, in a no-touch poll around the office, everyone thought they were the real deal. 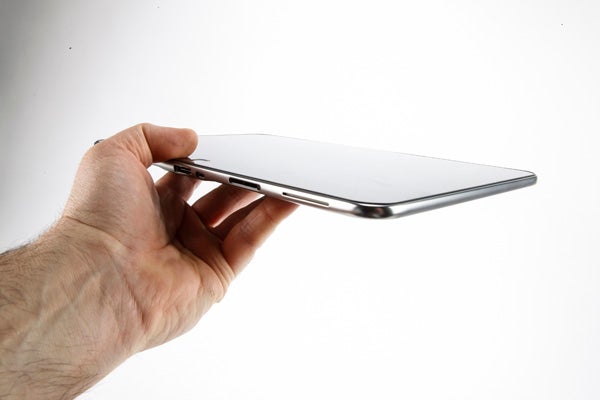 We can’t emphasise just how nice soft-touch black plastic is. It lends a premium, executive vibe to any nicely built product it’s used on – something Lenovo is well aware of with the likes of the Lenovo ThinkPad X1 Carbon. And aside from those silver strips and its Gorilla Glass screen, the Dell XPS 10 is smothered in the stuff. This makes it lovely to touch and provides a great grip, yet is quite rugged and doesn’t pick up fingerprints.

While not as sleek as some rivals (it’s 9.2mm, thinner than the 9.3mm Microsoft Surface but thicker at the edges than all its other competitors), we’re also fans of the XPS 10’s more rounded, non-tapering design. It has no sharp edges to dig into your fingers after long periods of holding, and is one of the comfier Windows tablets we’ve tested. At 635g, it’s also lighter than the Surface but again heavier than the Asus. 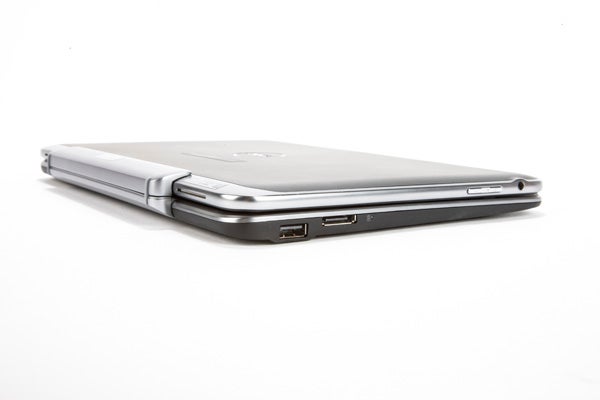 Unfortunately, while the finish of the XPS 10 tablet is attractive and durable, we aren’t as impressed by its build quality. Mind you, everything was very seamlessly put together and most of it felt reasonably solid, but there was a slightly disconcerting, audible crackle and creak on the back, and far more flex than we would like towards the centre with a slightly hollow feeling behind it. 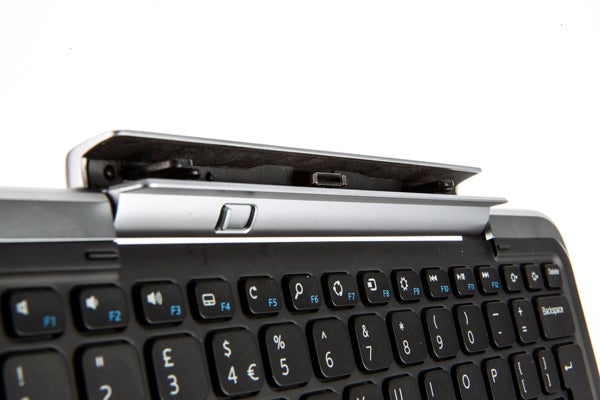 Thankfully, the same doesn’t apply to the dock, which is superbly built all-round. The metal hinge in which it holds the tablet is nicely crafted, and the tab locks securely into place with an audible click. Detaching the Dell XPS 10 tablet is simple with a front-mounted sliding switch. Once docked, the tablet only suffers from minimal wobble, and overall, Dell’s implementation is great.