Another day, another traditional PC manufacturer ready to try its hand at this LCD TV malarkey. We’ve already seen such PC names as ViewSonic, Relisys and Acer have a crack at carrying their PC monitor know-how over into the AV world (with decidedly mixed results, it must be said), and now no less a name than Dell has joined the throng.


The brand currently has two fully fledged LCD TVs available: the 37in W3702MC, and the 32in W3202MC we’re looking at here. First impressions, though, suggest that this supposed TV is in fact still a PC monitor, as its simple grey bezel design smacks much more of the office than of the living room. What’s more, although the W3202MC does have speakers, these are externally mounted items rather than being built into the main TV chassis – another indication that perhaps the W3202MC is adapted PC screen technology rather than a TV built from the ground up for domestic use. 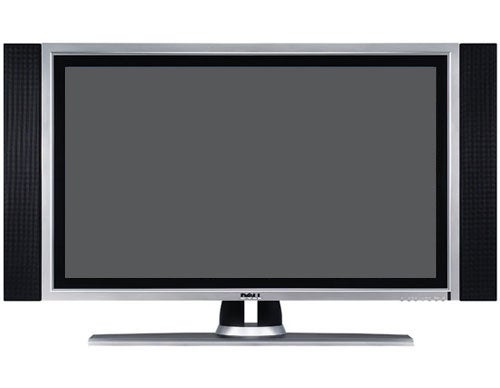 Don’t conclude from what we’ve just said, though, that the W3202MC is actually ugly. Actually the bezel is slim enough to look stylish, and the overall impact of the design is passably attractive in a subtle kind of way.


Signs that Dell really may have taken its TV duties seriously with the W3202MC become impressively apparent with its connections. HDMI and component options make sure the TV meets the connectivity part of the AV industry’s HD Ready specifications, while a pair of Scarts, an RF aerial jack and the usual S-Video and composite video fluff meet with our ‘normal’ TV expectations.


That’s not to say that Dell has simply ditched its PC heritage, of course. The W3202MC caters for computers unusually well, in fact, with both D-Sub VGA and DVI PC connection options. What’s more, the DVI can also be set to receive HD video sources, making the W3202MC one of only a very select band of sub-£1k 32in LCD TVs to provide two digital video input options. Yee and, indeed, hah!

Unexpectedly Dell has arguably gone slightly beyond the basic call of TV duty with its tuner support too, as the W3202MC sports a digital Freeview tuner as well as the de rigueur analogue one. And the TV even goes so far as to back this digital tuner up with both a Dolby Digital 5.1 audio output, and a CI slot you can use to add subscription channels to your core Freeview selection.


Switching the TV on introduces a really quite presentable set of onscreen menus – the sort of thing you’d certainly hope to see on a TV rather than a PC monitor. And initially it looks like these menus are impressively heavily populated by features as well. However, once you start looking at what’s on offer in more detail, it turns out that many of the ‘features’ are actually very trivial items not deserving of a mention here. In fact, really the only things that are worth highlighting are some picture in picture options, and support for the Freeview electronic programme guide listings system. 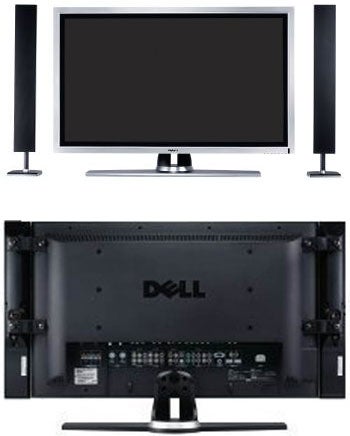 Even this latter feature is botched, though. For starters, unusually you can only call up listings for the channel you’re watching, as there’s no ‘compilation’ menu for presenting listings for multiple channels. Also, you can only move along the listings programme by programme, with the shortage of any means of skipping ahead by whole days at a time making the process of ‘surfing’ the listings to something seven days away tiresome in the extreme. Finally, the text for the information on each programme is crazily small, to the extent that even people with 20-20 vision will struggle to read it at times.


Before getting into how the W3202MC actually performs, it’s worth quickly looking at some of its key specifications. Its native resolution of 1,366 x 768 is fair enough, as is its claimed contrast ratio of 1000:1. Plus, to our surprise, its video processing is bolstered by the application of PixelWorks’ DNX scaling system. The only slight concern is the claimed brightness of 450cd/m2, which is a touch lower than normal.


After building our hopes up pretty high with some elements of its ‘front end’, Dell’s W3202MC sadly brings them crashing down around our ears with many aspects of its picture performance.

Even with pristine high definition feeds from Sky, an Xbox 360 and a now aging imported JVC D-VHS deck, the W3202MC struggles to shine thanks to two rather overwhelming problems. First, dark areas of the pictures tend to look seriously ‘greyed out’, making dark scenes feel flat and low on background detail. This seems to have a knock-on effect with colours too, leaving many tones, especially darker ones, looking muted and unnatural.


There is at least a fair degree of sharpness and detail to high definition pictures – but even this relatively small consolation disappears when you try the set out with a standard definition picture from its own digital and analogue tuners. Detail levels plummet as excessive softness sets in, and moving objects start to suffer really quite badly with LCD’s common smearing troubles, indicating that the LCD panel’s response time isn’t exactly the best. 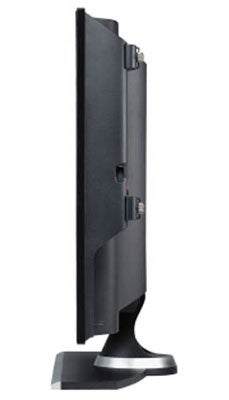 Such picture problems are pretty tough to take in this day and age under any circumstances – and here they’re ironically thrown into even starker relief by the W3202MC’s possession of one of the best audio performances we’ve heard from an LCD TV to date. Seriously, those detachable speakers Dell does for the W3202MC are the dog’s; an example to 32in LCD TVs everywhere of how it really is possible to combine extremes of depth and treble with a natural, open mid-range; smooth and authentic vocals; and a superbly dynamic and wide soundstage without having to make speakers the size of Nelson’s Column.


Dell’s W3202MC may be aggressively priced and reasonably well specified, but in performance terms it’s the proverbial game of two halves. Which might have been OK had the good half contained picture rather than audio quality…