It’s all go for Windows 10-based ‘Mixed Reality‘, with Dell launching its Visor headset to compete against the likes of the Lenovo Explorer, as well as kit from Acer and HP. As with the competition, the Dell Visor hooks into Microsoft’s Mixed Reality Platform, which will launch with the Fall Creators Update on October 17.

Given that all of the recently announced products are designed to do pretty much the same kind of thing, distinguishing each one is hard. Dell’s decided to go with comfort, to make the Visor stand out, stating that its headset is designed to be comfortable, even for glasses wearers.

And, from my experience, Dell has got it right. The headset attaches via a band that runs around the top of your head, with a handy wheel letting you tighten it. The visor flips down, hanging off the headset. It’s lightweight, and I didn’t feel it pushing into my nose. I had my glasses on, too, and felt no discomfort. It helps that Dell has packed the edges of the visor with soft foam, cushioning the impact. It got to the point where I pretty much forgot that I had the Visor on. 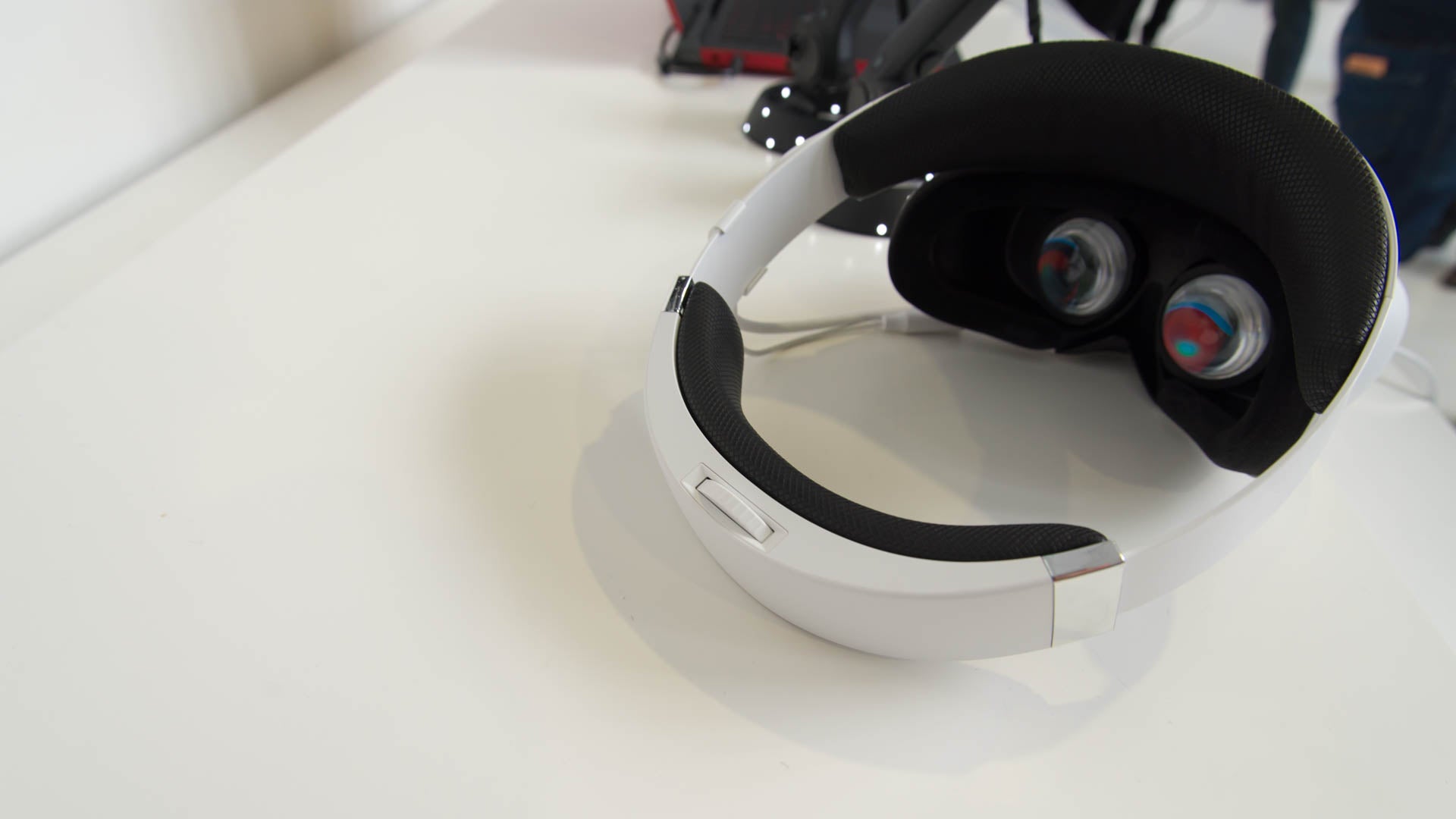 Tethering to a PC is via HDMI and USB cables. Using technology from Hololens, the Visor has dual cameras at the front to track your movement, so there’s no need for external tracking sensors.

Inside are dual 1440 x 1440 LCD screens. Image quality was great, although I found a slight screendoor effect if I concentrated too hard on looking at the screen. It’s a problem common to most VR headsets, but once you relax your eyes and concentrate on the action, the effect lessens and you start to ignore it.

Control in the VR world is best with the Dell-branded controllers(a £100 extra), which are identical to the controllers that will ship with rival headsets. These have haptic feedback, thumbsticks and buttons, and are tracked by sensors inside the headset. I tested out a game, fighting off virtual attackers running towards me. With the Visor Controller, I could grab and shoot guns, throw shurikens or go old school and punch my attackers. It was great fun, and the controllers felt completely natural after a few minutes’ use. 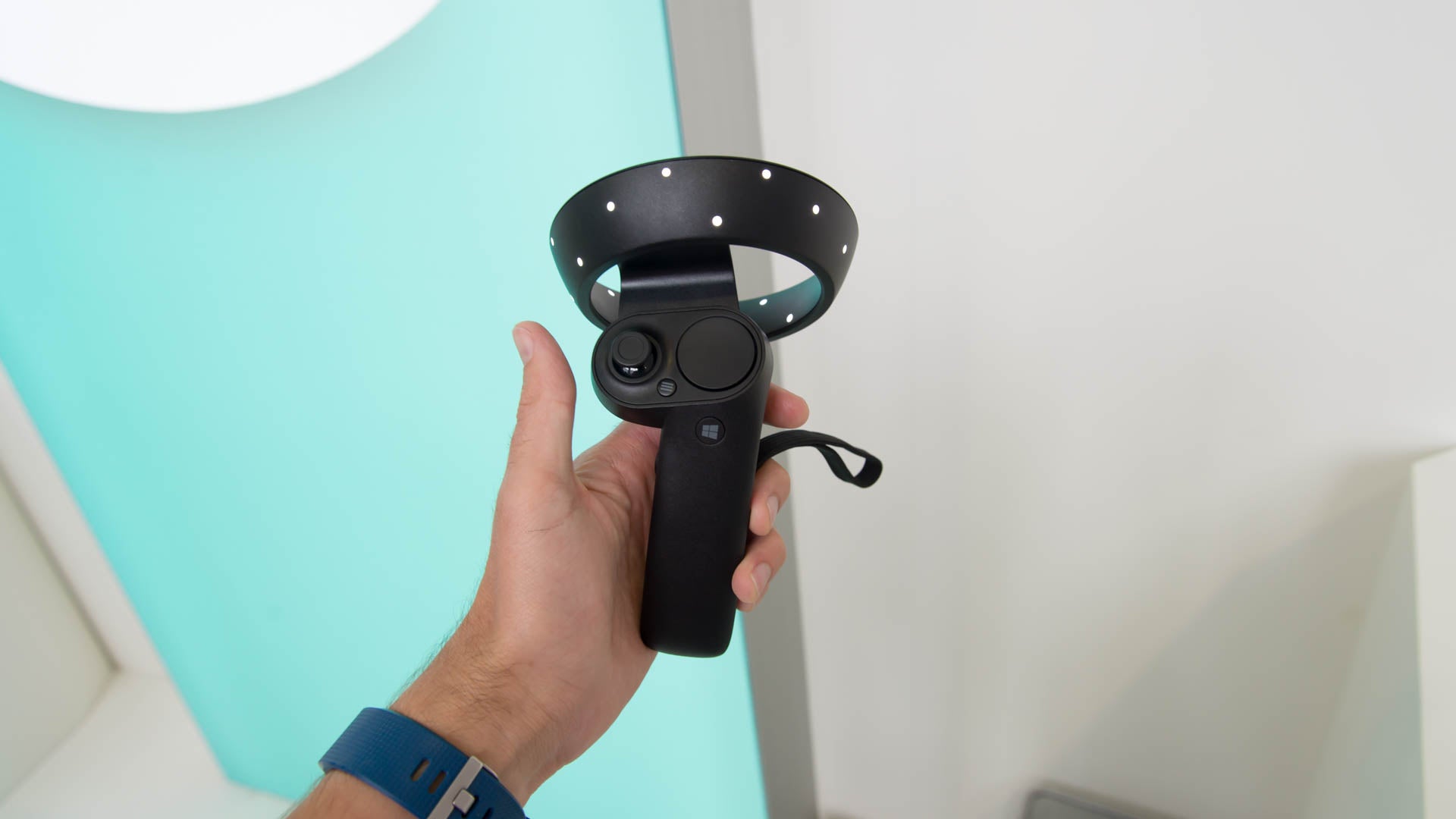 Dell hasn’t built headphones in the Visor, so you’ll be left to use external sound or provide a pair of your own. Depending on the design of your headphones or headset, it could be a bit of hassle getting everything to sit comfortably.

Dell will sell the headset for £350 when it launches in a few months, which makes it a little cheaper than the Lenovo Explorer, but more expensive than the Acer’s headset (£275). All are roughly similar in features, and I haven’t managed to try all of them yet, but Dell’s comfort is certainly a plus point for glasses wearers like myself. The bigger threat is that both the HTC Vive and Oculus Rift keep getting cheaper, and buyers may prefer to go with the established platforms rather than trying something new.