Dell has loaded the latest Venue with Android KitKat 4.4.2, which is out of date – the latest version, Lollipop, adds improved graphics support, a more versatile app switcher and Project Volta’s battery life improvements. Don’t expect an update soon, either; a Dell representative told us it wouldn’t arrive until the summer.

Dell has added its own tools to the older version of Android. Unsurprisingly, they’re focussed on the office: there’s a business card reader, a Dell Cast app to stream content from the tablet to TVs or PCs, and POLARIS Office 5. Other third-party tools include Dropbox, McAfee Security and MaxxAudio, for speaker tweaks. 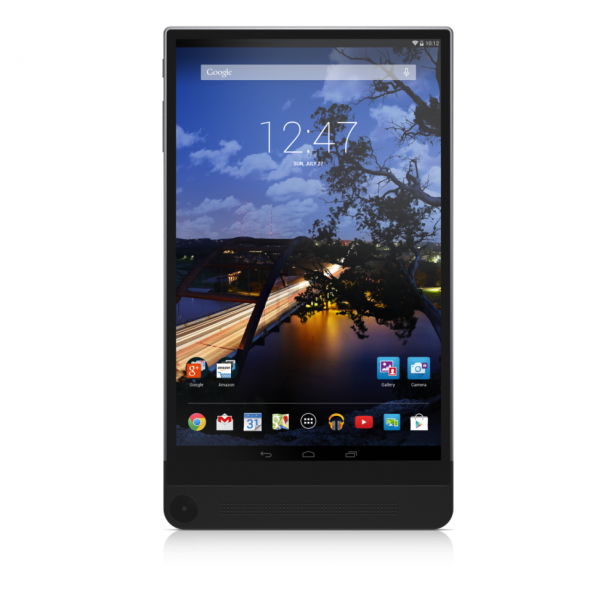 Ten advanced diagnostic tools are available, too. They include common components like the battery and camera, as well as options to check the multi-touch system, sensors, LCD screen and SD card.

Dell has augmented Android’s options menu with a few extra touches. Intel Smart Video promises to smooth and enhance image quality, and a sensor calibration tool can get the gyroscope operating at the peak of its powers. The screen can be activated by motion, and the Venue can be flipped over to silence all of its notifications. 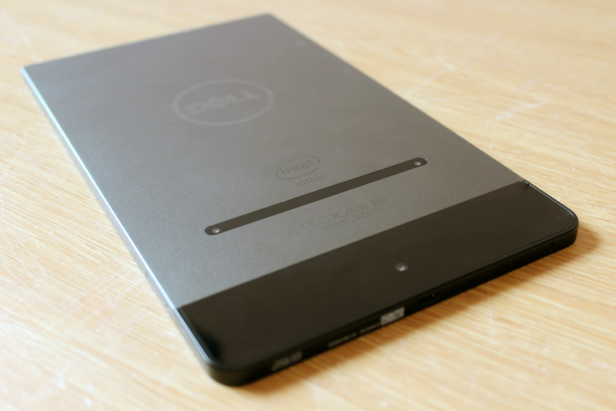 Dell’s latest is underpinned by an Atom Z3580 processor. It’s the most powerful part in Intel’s quad-core 22nm range, which means it’s clocked to 2.33GHz with a GPU that runs at a top speed of 533MHz.

The Nexus 7 has a quad-core chip clocked to just 1.5GHz, and the iPad Mini 3 relies on a dual-core part at 1.3GHz. On paper, only the Samsung’s silicon can compete: the Galaxy Tab S 8.4 has an eight-core processor with four cores clocked to 1.9GHz and four others at 1.3GHz. However things aren’t anywhere near as simple as that and the numbers only tell so much.

The rest of the Dell’s specification is more conventional. There’s 2GB of memory, dual-band 802.11ac wireless and Bluetooth 4.0, and all of the usual sensors: a GPS chip, accelerometer and proximity sensor all lurk inside. The storage disappoints, as Dell only sells a 16GB version of the Venue, with just 10GB vacant once the OS has taken a slice. A microSD slot largely makes up for this though, especially as it accepts cards up to 512GB in size! 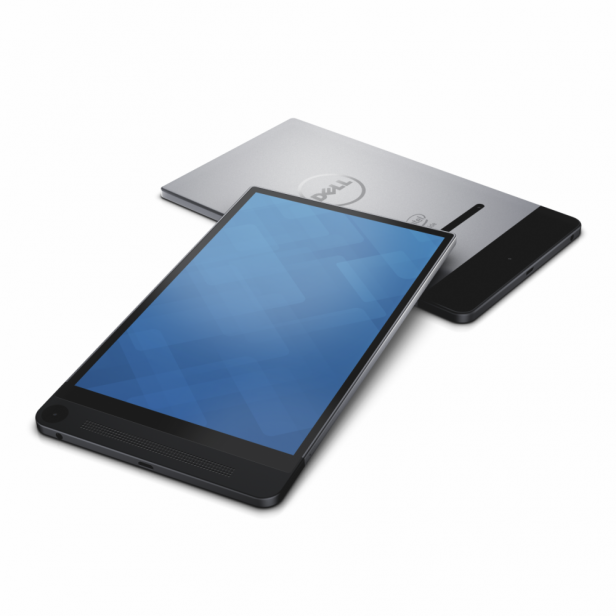 Intel’s Atom is a powerful chip. Its Geekbench score of 2,886 snuck ahead of the Samsung and Apple tablets, and the graphics core helped the Dell score 20,402 in the Ice Storm Unlimited benchmark – better than all three rivals.

They’re rapid theoretical results, and they translated to good real-world performance. Android’s homescreens and menus loaded and zipped around without delay, and tricky apps didn’t prove much of a problem either – we only hit occasional stumbles with slow loading times.