This is one area where the Venue aims to outstrip its rivals. The rear of the Venue doesn’t have one camera – it’s got three, with a main 8mp unit supported by two 720p lenses.

Dell dubs this RealSense, and it’s used for altering photos after they’ve been snapped. The two secondary cameras take the same picture at slightly different angles, which means pictures can have their focus altered after they’ve been taken – a neat feature we’ve not yet seen on any other tablet.

The images from the secondary cameras are displayed in small windows in the corner of the main camera view, and the trio of cameras doesn’t slow down snapping – the app is smart and responsive. 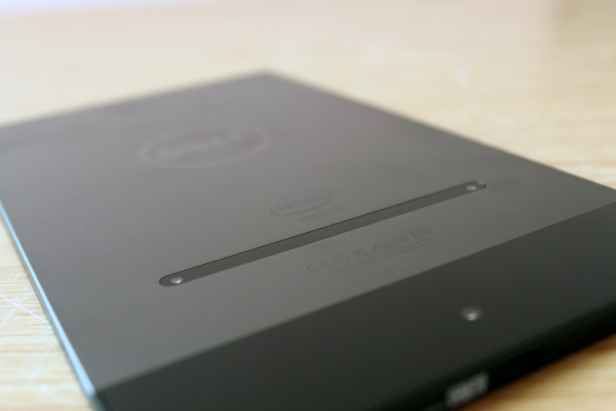 The editing happens in Dell’s Gallery tool. The Focus screen has a slider at the bottom to alter the picture’s focal point, while moving a finger vertically changes the amount of the image that’ll be in focus. Tapping a particular point concentrates the focus on that spot.

It works reasonably well, with fast-loading focal changes, and we like the fine control available throughout. It makes ordinary pictures look more artistic and striking, and we’ve spliced together a before-and-after picture that illustrates the changes possible. 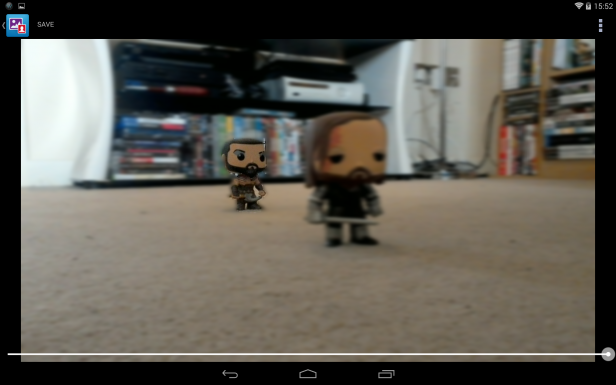 RealSense isn’t infallible. Our car and garden gnome images show the Dell’s software can’t somtimes pick out sharp edges, with jagged artefacts appearing instead. On one of our Pop figurine sample shots we’ve tried to focus on the figure in the background, but it’s hampered clipping around the model’s head. 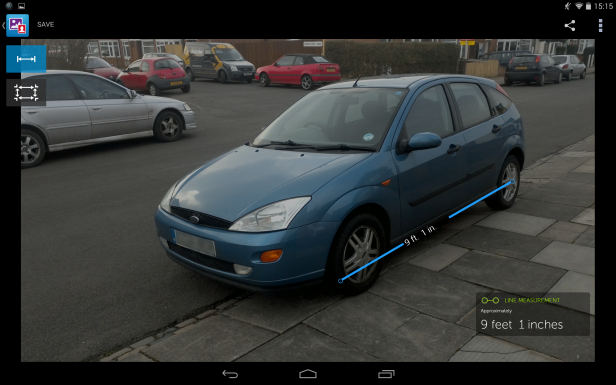 Still, it’s a neat tool, and the camera and gallery applications are decent. There’s an option that uses the three cameras to estimate the distance between two points, and facial recognition matches snaps with social networking friends.

It’s a shame Dell’s reasonable software is wrapped around an inconsistent camera. The 8MP rating isn’t bad, but our test images lacked quality. Close-up images were grainy and lacked sharpness. Outdoor images were only a little sharper, but the camera struggled with lighter conditions, with a lack of detail evident. Gimmicks aside, Samsung and Apple both have better cameras.

We can’t fault the Venue’s longevity. We loaded a 720p video and ran the screen at 50% brightness, and the Dell lasted for 12 hours and 32 minutes before running out of juice. That’s a stonking result – twice as good as the Nexus 7, a couple of hours beyond the Samsung, and almost three hours ahead of Apple’s latest iPad Mini.

That figure will decline if brightness is improved or if you’re playing games, but we’d expect eight hours even with tough tasks running – and, if you’re willing to use the Venue more sparingly or turn its screen down, we can’t see fifteen hours being too tricky. 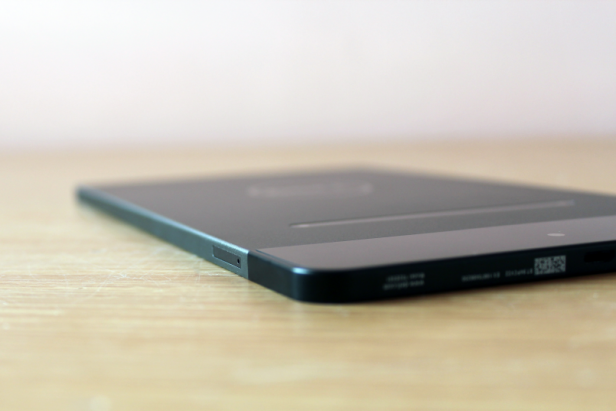 Dell’s latest tablet is slim, well-built and has innovative features, but the Venue 8 7840 falls just short of greatness.

Its triple-camera arrangement works reasonably well, but its real-world use is limited, and it’s further hampered by the mediocre quality of the lenses.

The 6.1mm body and 305g weight mean it’s easy enough to carry the Dell around, and the aluminium design is slick and sturdy, but the borders highlight a handful of ergonomic issues that aren’t found on the iPad Mini or Samsung Galaxy Tab S 8.4.

It’s a shame because, in other departments, the Dell is more conventional – and more successful. It’s very quick, the screen is fantastic, and battery life is superb too.

Those conventional successes, the slim design and the reasonable price certainly make the Venue a contender, but its foibles are off-putting – and the iPad’s £319 price and the Galaxy’s £250 starting point make them similarly tempting. A buying decision depends on your priorities – if you prize battery life and performance, this could be the tablet for you.

Dell takes several risks with its latest tablet, but they don’t always pay off. The slim design grabs headlines but doesn’t make a big difference in real-world use, and the off-centre style helps and hinders in equal measure. The three-camera arrangement is innovative but has limited real-world potential, and it’s undermined by poor camera quality. It’s better in more traditional areas, but its inconsistent design and poor camera mean it won’t be for everyone.