The Dell UZ2715H is an all-in-one entertainment monitor that combines a 1080p 27-inch display with built-in speakers and a webcam. This potentially makes it ideal for anyone who uses their computer as their main video viewing device or who simply wants to do away with peripheral clutter for a tidy PC setup.

Packing a 27-inch panel, it’s no surprise the UZ2715H is a fairly large monitor, but thanks to thick bezels running around its edges it looks even chunkier than most. Frame dimensions of 658 x 400mm mean it’s some 16mm wider and 17mm taller than the ViewSonic VP2770, which is a more professional model that comes with a higher-resolution panel. 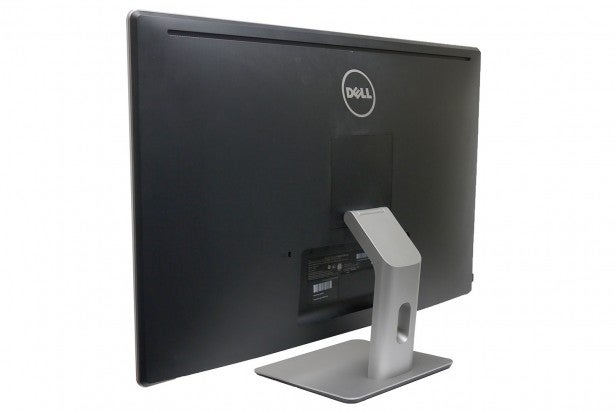 This heft doesn’t overly detract from the monitor’s looks, though, with the overall proportions and rounded edges working nicely. There’s a clear iMac vibe here. The wide bezels are largely excusable, too, thanks to them actually hosting some key features.

Up top there’s the 2.0MP webcam, with its noise-cancelling pair of microphones. Along the bottom edge there’s also the grille for the 5W stereo speakers. The speakers obviously don’t actually run along its entire length, but the long, thin strip does a good job of neatly incorporating them into the design.

Round the left side there’s also a headphone jack, which is a really useful addition, meaning you don’t have to switch audio output devices in Windows just to listen in private. 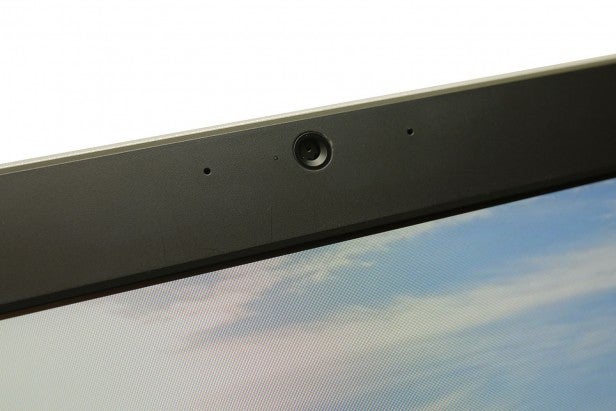 The sides themselves are nicely slimmed down, tapering in from the fairly thick mid section on the back to just a few millimetres at the edges – again, in a somewhat iMac-like fashion.

The back of the monitor is kept nice and tidy too, so it won’t look overly messy even if it’s left exposed. This is largely thanks to the ventilation being confined to a thin strip along the top edge, rather than the whole back being covered in grilles.

The stand only offers tilt adjustment, which is this monitor’s biggest downside for those wanting to use it as a serious work tool. The lack of height adjustment means to get the ideal viewing level you have to resort to sticking a couple of books underneath the stand. The lack of pivoting is much more forgiveable – this isn’t the sort of monitor you’d want to use in vertical mode – but the lack of rotation means it’s cumbersome to turn the monitor left or right, especially as it’s fairly large and heavy.

Otherwise the stand does look nice, with its silver-painted plastic finish and slim square base doing a good job of pretending to be aluminium. We’re also glad to see the base is kept quite compact – something that’s much easier to do when there’s so little adjustment on offer – as this looks tidier and frees up desk space. It also manages to achieve this without losing any stability. It can also be removed to expose a 100mm VESA mounting point. 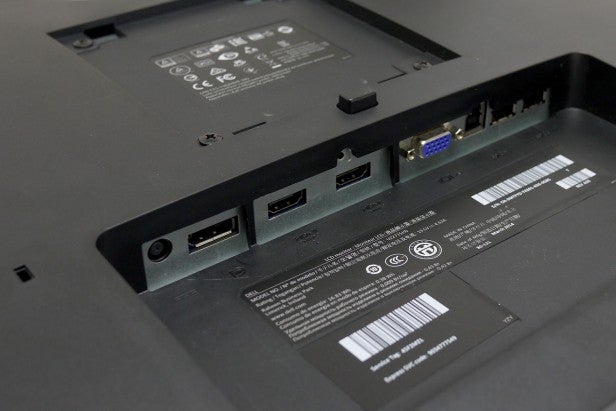 Connectivity is surprisingly good for a relatively inexpensive monitor. A full-size DisplayPort takes care of PC connectivity while two HDMIs mean you’ve enough for a console and set-top box. There’s a VGA connection too, for any legacy equipment. You do miss out on DVI, but in this day and age, and particularly for the market this monitor is aimed at, it’s a reasonable omission.

The HDMI inputs also support MHL so you can hook up your mobile devices to play games or watch video. Dell even includes the required cable in the box.

To power the webcam and speakers you get a USB 3.0 input, which is then split to two USB 3.0 outputs. Sadly these are both around the back with no easy-access one on the side.

Setting up the Dell UZ2715H is pretty straightforward. For any devices such as consoles or tablets that you’re connecting over HDMI it will just work – sound and video come through as expected. The only slight complication is when connecting a PC where you need to use the USB cable to get the webcam and speakers working.

The UI is also excellent. Controls for it are clearly labelled on the front edge, with LEDs illuminating each button as it’s activated. Some of these act as single-function buttons when the menu isn’t open, such as the volume, mute and call buttons, but then they’ll change function once in the menu, with the lights for those buttons which are relevant turning on to indicate they’re active, and icons appearing on screen to guide you too. 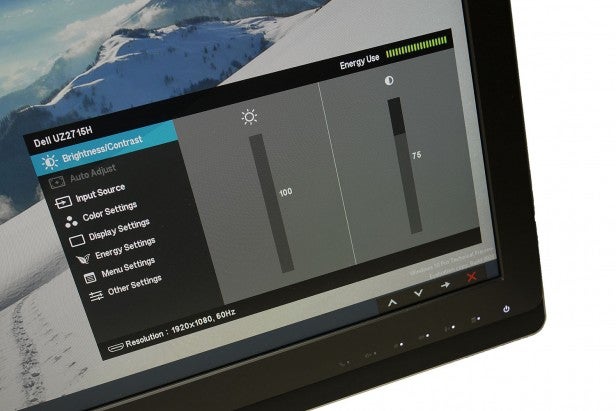 The menu itself is one of the clearest and easiest to use we’ve encountered in a while. For a start it’s still accessible even when the monitor isn’t detecting a connection – some monitors just turn off if they can’t detect an input – but moreover it’s very clearly labelled and the controls are really intuitive.

The overall number of options is pretty decent, with several colour modes, including a custom option. You can also adjust response time, kicking it into overdrive mode for up to 9ms response time. There are also energy-saving options and of course brightness and contrast controls. You do miss out on finer colour-adjustment options, but it’s enough for most users, again considering what it’s meant to be used for.