A few weeks ago now we had the pleasure of reviewing Dell’s 24-inch 4K monitor, the UP2414Q. At 24 inches some may consider it a bit small for 4K work, but its irresistible circa-£870 asking price and outstanding accuracy were enough for us to recommend it. Now we have the company’s larger 4K monitor, the Dell UP3214Q. It promises similar levels of accuracy but in a much larger, more 4K-friendly frame.

It’s also, unsurprisingly, considerably more expensive, and will leave you with little change left from £2,000. For that you get a monitor that promises professional grade calibration out of the box, 99 per cent Adobe RGB colour coverage and 100 per cent of sRGB. And while it costs a lot, it’s still a clear £400 or so less than the next cheapest 32-inch 4K from Asus, so Dell looks like it still offers good value for money. 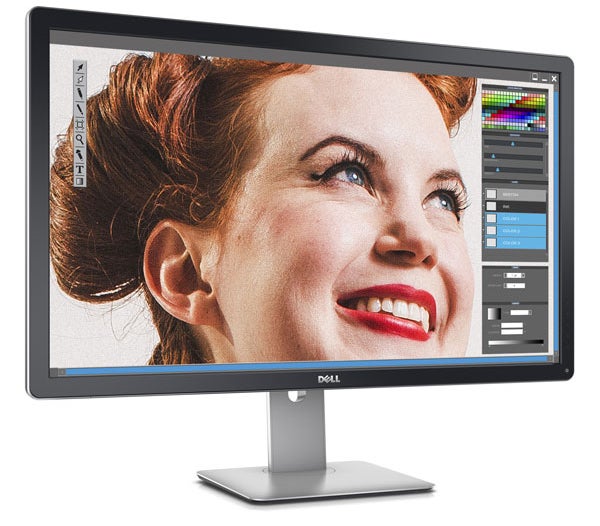 Before we get any further into this review, it’s worth clearing up a common misconception. Like many of the new 4K monitors on the market now, the Dell UP3214Q is described in some circles as an IGZO panel display, but this isn’t entirely accurate. IGZO isn’t, technically, a type of panel. The UP3214Q uses an IPS panel, but has an IGZO backplane.

IGZO, primarily, makes it easier to manufacturer high density/high-resolution LCDs and uses less power than the alternative (amorphous Silicon), which is why it’s been talked about so much in reference to iPads, iPhones and anything with a small, high-resolution screen where such qualities are valued most. 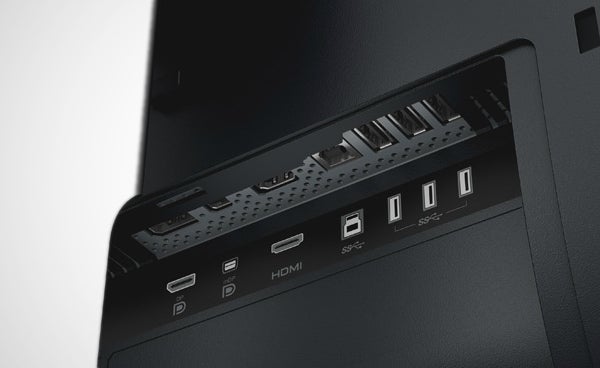 Now we’ve cleared that up, a closer look at the specs for the Dell UP3214Q reveals it shares most of its DNA with its 24-inch cousin. It has a single HDMI 1.4 connection, Mini DisplayPort and DisplayPort 1.2 connections for video, four USB 3.0 ports and a memory card reader. All pretty standard fare, though it still lacks HDMI 2.0. This means you’re limited to 30Hz over HDMI, making use of the DisplayPort is a must to our minds. It’s worth noting one of the USB ports supports battery charging, too.

Looking to the stand, the Dell UP3214Q lacks pivot so can’t be used in portrait mode, but using a monitor this large in portrair is a recipe for a sore neck so that’s no great loss. There’s a good level of height and tilt adjustment, however, and pivot is built into the stand.

The UP3214Q is a good-looking monitor, too. Dell’s styling for its professional monitors has just the right balance of elegance and restraint that doesn’t veer into something boring and ugly. When you’re using a monitor as large as this you don’t want it to be an eye-sore. 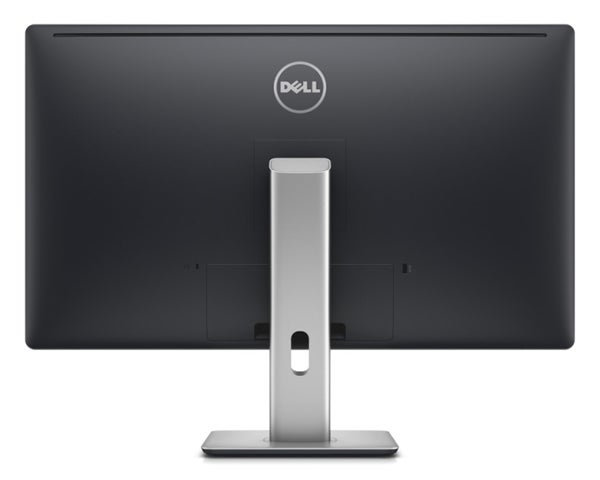 Dell continues to set the standard for ease of assembly and setup. Despite its size and weight (the panel alone weighs 9.2kg), it’s incredibly easy to clip the monitor into the pre-assembled stand and arm. Likewise, you can detach the monitor from the arm without any tools.

Dell’s OSD and controls are perfect, too. The context sensitive touch buttons along the right edge are very responsive, and the OSD always makes how to get what you want clear. The menus, meanwhile, are logically organised and include all the options you could possibly need.

Like Dell’s 24-inch 4K monitor, those options include factory calibrated presets for sRGB and Adobe RGB, the option for two further saved ‘calibrated’ presets of your choosing and the ability to choose between any colour temperature level you desire.