Dell quotes a 1,000:1 native contrast ratio, 350 nits peak brightness and sRGB and Adobe RGB coverage of 100 per cent and 99 per cent respectively for the UP3214Q. It also promises calibration to a DeltaE of less than two straight out of the box – anything less than two is very good indeed, and anything approaching or below one is exceptional.

To test these claims we fired up our Xrite i1 Display Pro (i.e. we plugged it in) and got testing. To start with we tested the standard out of the box configuration, which doesn’t use the Adobe RGB or sRGB colour space as reference, and the results were already very promising.

In this mode the Dell UP3214Q recorded an exceptional average DeltaE of just 0.77 (with a maximum of just 1.54). The caveat here is the white point (colour temperature) was a little on the warm side at 6,302 (below the ideal 6500K), and this was reflected in the fact reds and oranges were the least faithful in this mode. Also pleasing, though not exceptional, was the 962:1 contrast ratio.

Next we switched to the pre-calibrated sRGB mode. Here the Dell UP3214Q recorded good results again, although in some respects not quite as impressive. Its 6448K white point was on the money, and it didn’t lose too much contrast quality at 914:1. Likewise, the average DeltaE was a very good 1.10, but the range was slightly wider at 0.7 to 4.58. Blues, particularly, were a little off, which means you’ll probably want another stab at a tighter calibration for professional use. We measured sRGB coverage at 99.5 per cent, which is as close as makes no difference.

In the Adobe RGB mode the results were better still. You lose a little contrast in this mode at 877:1, but the white point remains a steady 6,484K and the average DeltaE remains an outstanding 1.01. Indeed, the minimum/maximum range was smaller at 0.94 to 1.81. Coverage, meanwhile, sits at 97.5 per cent, which is less than claimed but comfortably within the margin of error.

So far, so good, but the one problem with monitors this large is uniformity. It’s hard to make them consistent across the whole screen when covering such a large area. In one respect the Dell UP3214Q deals with this problem very well, in another less so. 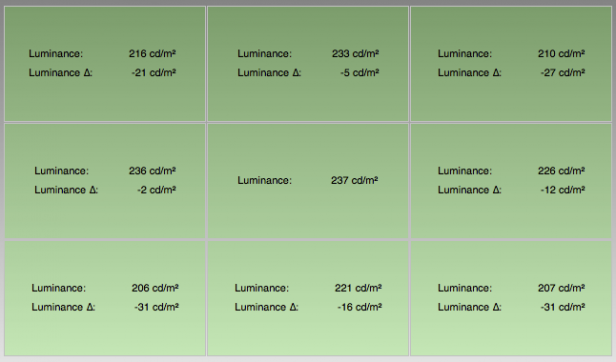 The brightness uniformity, above, is very good for such a large screen. We’ve seen better, but at this size it’s hard to complain about a spread such as this and reducing the brightness would likely improve matters a little. 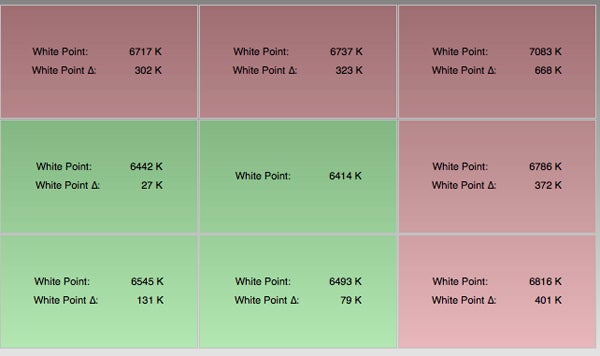 The other issue to deal with is the continuing iffy support for high DPI displays, particularly in Windows. The situation on Macs, largely thanks to the MacBook Pro with Retina display, is much better. On Windows, however, the situation is more than a little messy.

It’s good, at least, that the latest Windows 8.1 Update 1 makes things a little more desktop-friendly, but Windows still does a poor job of dealing with this resolution – hence why we test on Mac at present. The Dell’s huge size makes these issues less problematic compared to the 24-inch UP2414Q, but it’s still an issue. We don’t feel it’s fair to mark these monitors down for Microsoft’s failings, but if you’re considering whether to make the 4K switch or not it’s a factor you can’t ignore. 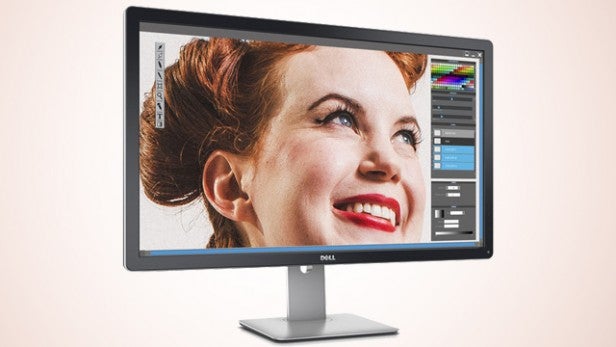 Should I buy the Dell UltraSharp UP3214Q?

If you have to switch to 4K right now, the Dell UltraSharp UP3214Q has to be on your shortlist. Some uniformity issues aside, it’s an outstanding monitor with excellent colour accuracy. It’s impeccably designed, too, and has all the features you need. It’s also a little cheaper than other 4K monitors this size, which is why we recommend it.

We’d also recommend it if this is your first ’30-inch’ monitor – we expect Microsoft will sort out its issues sooner rather than later and it makes sense to go 4K now rather than upgrading later, provided you can afford to of course. And if you’re on a Mac, your 4K issues are less troublesome.

If you already have a very good 30-inch monitor, however, it’s probably worth waiting to see how things develop. This is an excellent monitor, but slightly better contrast performance would be welcome and while it’s good value for the 4K at this size, a price cut never hurts.

Dell has set the standard for 4K monitors again and the size is perfect for high-resolution workflows.

Check out our round-up of the best monitors