Few would argue that Dell paved the way for affordable, large, widescreen monitors. Dell’s original 24in 2405FPW really set the cat among the pigeons back in 2005, offering a 1,920 x 1,200 resolution at an affordable price. Not long after that, Dell released a 30in monitor to compete with Apple’s 30in Cinema Display. Not only was Dell’s 30in offering far cheaper than Apple’s, but it also offered more features, making it the choice of many professionals and consumers who needed (or just wanted) a 2,560 x 1,600 resolution. 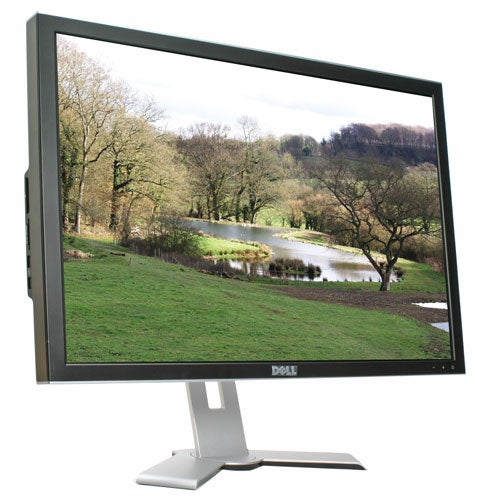 Things have moved on a lot since then though and the 30in monitor market is far livelier. Apple is no longer the only competition in this sector, with Dell now having to compete with the likes of Samsung’s superb SyncMaster 305T as well as the HP LP3065 (a full review of which will follow soon after this one). It therefore comes as no surprise that Dell has launched a new version of its 30in display, which represents the third generation of the product. But how does it stack up to the stiff competition?


Design wise, this new 30in Dell looks pretty much identical to its predecessors. There’s a matte black bezel surrounding the screen, but the sliver strips that run along the top and bottom kind of spoil the effect. That said, it’s not as unpleasant as the brushed silver bezel on the 27in Dell 2707WFP, although Benny seemed to like that for some reason. Apart from the large Dell logo below the screen, the bezel is clean. At the bottom right is the power button and brightness controls – these are the only adjustments that the monitor has, all other adjustments need to be made via your graphics card driver. 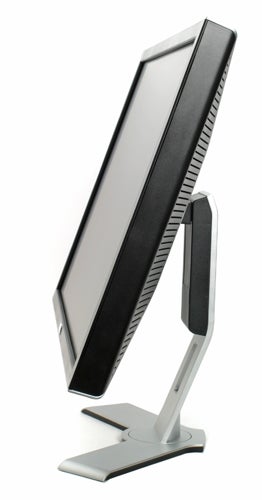 When Dell launched its first 30in screen, the big advantage it had over Apple’s Cinema Display was that it had height adjustment. With the Apple screen it was just too high for completely comfortable viewing, whereas the stand on the Dell allowed the base of the screen to almost touch the desk.


The 3007WFP-HC uses the same matte silver stand as the previous incarnations, which is no bad thing. The gas dampened height adjustment works brilliantly, allowing you to move the screen up or down with the pressure from a single finger – pretty good for a screen this size. The stand also allows the screen to pan from side to side very smoothly, which is handy if you want to show something to a colleague. There’s no pivot function, but then I wouldn’t want to position a 30in display in portrait anyway.

Connection wise things are fairly limited, just like they are on most 30in displays. There’s a single dual-link DVI input for hooking up your PC – unlike on the Samsung 305T, the Dell’s DVI port is HDCP compliant. Now, I’m usually the first to moan about a lack of HDCP on a screen, but I’m not that bothered about it on a 30in 2,560 x 1,600 display. The reason being that even a top-end 1080p signal will need to be scaled massively when viewed on a such a high resolution display – I therefore wouldn’t really want to use a 30in monitor for watching HD content. Ultimately, to get the best out of HD video, you want to be viewing it on a screen with 1:1 pixel mapping, to keep the image as sharp and clear as possible, and if you did that on a 30in monitor, you’d be watching a small window in the centre of the screen.


There’s an integrated USB hub with one upstream and four downstream ports. There’s also a built-in memory card reader at the side, which accepts SD, MMC, MemoryStick and CompactFlash – this is a pretty handy addition and saves you the hassle of having a separate card reader on your desk. There’s a dual-link DVI cable in the box, along with a USB cable and a power cord. 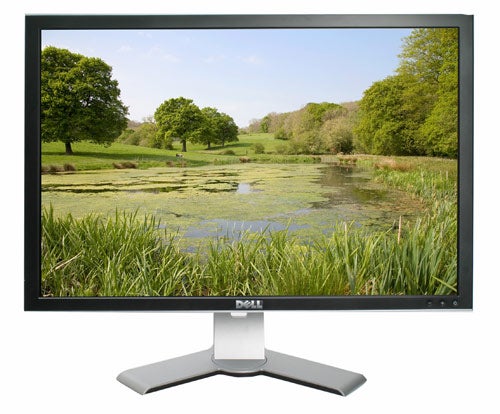 Once I’d unboxed the 3007WFP-HC and hooked it up to a PC, I was somewhat disappointed by the image quality – in fact I’d go as far as saying that the picture produced was pretty awful. This was in complete contrast to the Samsung 305T which came out of the box and produced an image that looked pretty much perfect. It would appear that while Samsung carefully calibrates its monitors before they leave the factory, Dell doesn’t bother.


So, my first impressions of the Dell’s image quality were not good. The picture looked dirty and mottled, while the colours were so ridiculously over saturated that it gave a cartoony look to everything being displayed. Off to the graphics drivers I went to try and improve things, and after much tinkering and adjusting, I did just that. Bear in mind that if you buy one of these screens and it comes out of the box looking like this one, you need to spend a decent amount of time setting it up.

That said, no amount of manual tweaking could make the 3007WFP-HC look as good as the Samsung 305T, and I strongly suspect that I’d need to properly calibrate the Dell with a profiling utility and an optical sensor like the EyeOne from GretagMacbeth. The issue is that I doubt that anyone buying a Dell monitor would have access to such kit, and if they have to purchase and sensor and profiler to set the monitor up satisfactorily, it will add significantly to the overall cost. 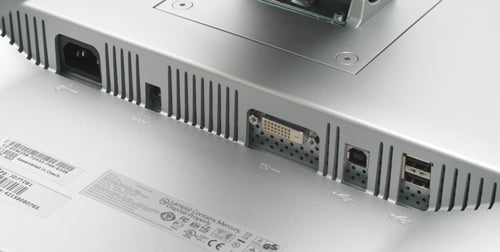 But I guess that’s a point in itself. If colour accuracy and image quality are paramount, you’re probably not looking at Dell in the first place, you’re probably looking at NEC or Eizo, because cost comes a distant second. It’s probably fair to say that most large Dell screens are used for basic desktop work and a fair bit of gaming, where an accurate colour space isn’t as important as purchase cost.


Running DisplayMate on the 3007WFP-HC highlighted some definite issues, which were hard to resolve, no matter how much time I spent tweaking the display driver. Most evident is the slight yellow tinge that appears mid way through greyscale gradations. This isn’t uncommon in LCD screens, but you can usually adjust it out. Also, the Colour Scales test suffered from the old intensity problem – you either lost detail at the low intensity end, or increased the brightness and ended up with compression at the high intensity end. 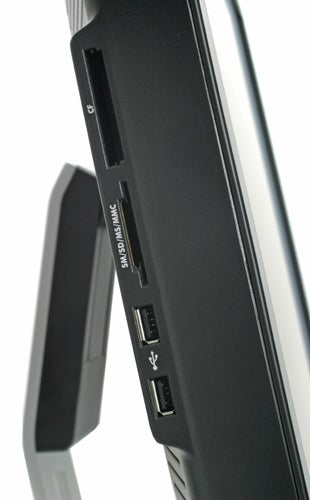 For general Windows work, the 3007WFP-HC looks OK, but even here the oversaturated colours are evident – the TrustedReviews home page for example, has a slightly radioactive look to it. The same can be said when editing images, where browns often look too red and reds border on bright pink. What’s interesting is that if you fire up a game, or play some video, the colour problem becomes far less of an issue, with the action just looking more punchy and in your face. Of course you’ll need a PC that can drive games at 2,560 x 1,600 in the first place.

What’s surprising is how much better the colour accuracy on the Samsung 305T was, considering that the Samsung uses an S-PVA panel, rather than an S-IPS like this Dell. Clearly the Samsung was properly calibrated at the factory, but it still shows that Samsung’s S-PVA technology is getting better all the time. It’s also not as if the viewing angle is better on the Dell, with both screens providing excessively acute viewing angles with little or no colour or intensity drop off. 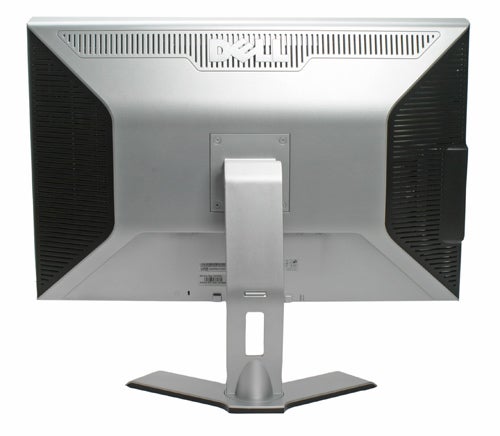 When it comes to specifications, the Dell 3007WFP-HC offers the same 1000:1 contrast ratio as the Samsung, but can’t quite match its 400 cd/m2 brightness, managing only 300 cd/m2. Likewise, the Dell’s 8ms grey-to-grey response time is just a tad behind the Samsung’s 6ms – not that I put masses of stock in response times. With the Dell and Samsung side by side, the latter definitely does produce a brighter image, so that extra 100 cd/m2 is making its presence known.


Dell can’t play the price card this time around either – at £939 including VAT it’s only £10 cheaper than the Samsung, pretty much taking cost out of the equation. 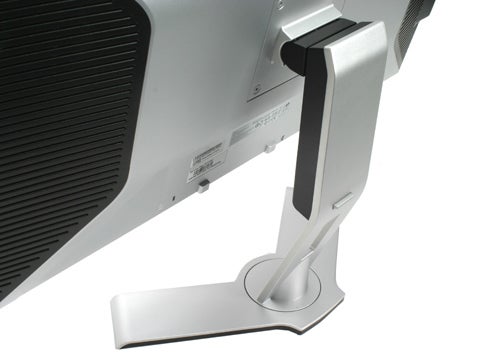 
The biggest problem with the Dell 3007WFP-HC is that it’s so badly set up out of the box. This screen clearly needs to be properly calibrated, and I’m sure that if it was, it could produce a fine image. But considering that very few buyers will have the equipment needed to calibrate a screen, most users will take it out of the box and use it “as is”.


There’s a lot going for this screen. The design is still good, the stand is well made and easy to adjust, while the USB ports and integrated card reader are a definite bonus. It’s also worth noting that the Dell’s DVI port is HDCP compliant while the Samsung’s is not – not that I’d encourage anyone to watch HD content so massively scaled of course.


At the end of the day though, if image quality is the most important thing to you, and you don’t have the tools and experience to calibrate a monitor properly, the Samsung 305T is a better bet.