Dell has put more of a focus on its business hardware over the last couple of years, and the Precision M6800 is, arguably, one of its flagship products. It’s the largest and most powerful workstation notebook the firm produces, and it’s designed for employees who can’t compromise on power and versatility while away from the office.

It’s got every bit of hardware we’d expect of a premium productivity device, and it’s got the price to match: this hefty notebook costs £2,075. It’s also got an opportunity in the high-end notebook market, as Apple no longer produces the 17in version of its competing MacBook Pro. 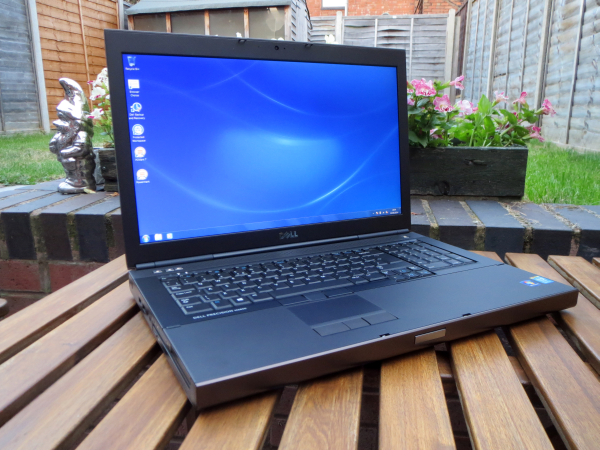 The M6800 is a function-over-form machine, which means that huge attention has been paid to the Precision’s physical design. The system is built almost entirely from magnesium alloy and aluminium, and it’s as sturdy as any machine we’ve ever tested. Its looks aren’t much cop, but the gunmetal grey exterior is smart and subtle rather than cheap and boring, and the numerous visible seams don’t hint at any weakness. Only specially ruggedised machines are stronger.

These are not the only steps taken to ensure this machine’s strength – it’s also been tested in accordance with the MIL-STD-810G protocol. That means this system is resistant to dust, it’s been tested in extreme temperatures, and it’s able to cope with humidity, high altitudes and sudden impact – not quite ‘take anywhere’ but ‘take to a factory or office anywhere’. 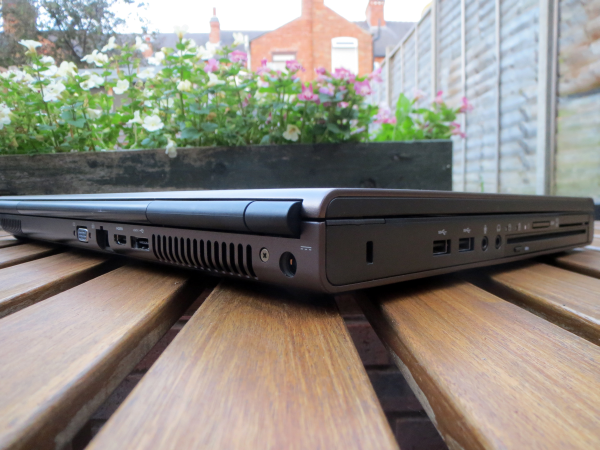 The M6800 has a fantastic port selection. On the right there’s two USB 3.0 ports, a DisplayPort output and a physical Wi-Fi switch, and a hard disk bay that can be easily removed for quick drive changes. The left side serves up two more USB 3.0 ports, a pair of audio jacks, and a Kensington Lock connector. There’s a slimline DVD drive, and SDXC, ExpressCard and Smart Card slots crammed in there too.

The rear has D-SUB, HDMI and an eSATA port alongside an Ethernet socket, and the base has a connector for a docking station. On the inside, there’s the latest 802.11ac Wi-Fi, which is what we now expect from this class of system, and a welcome bit of future-proofing.

The stunning versatility continues to the interior. The battery is removable, and the rest of the components can be accessed for quick replacements or upgrades. Most of the screws are numbered in their order of removal, and it’s easy to get inside – remove two screws beneath the battery and the base panel lifts away.

Office-friendly touches abound. There’s a trackpoint in the middle of the keyboard and a second set of mouse buttons below, as well as the trackpad and its own set of buttons. You also get physical buttons for volume situated above the keyboard, a handy row of status lights, a backlit keyboard, and the lid secures firmly in place with a sliding clasp.

The M6800 is a heavyweight machine that tips the scales at 3.6kg, and it’s 40mm thick. That’s twice as heavy and thick as the Precision M3600, and it marks the M6800 out as a serious bit of kit – you’ll need a sturdy bag to cart this system around. 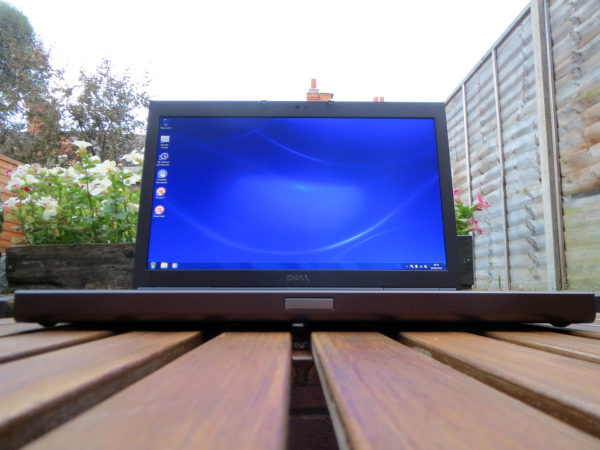 Dell has fitted the M6800 with a practical display panel. It’s non-touch and has a sensible, rather than ultra-high, resolution of 1,920 x 1,080 – so no chance of Windows scaling issues – and it’s got a matte finish, so office lights won’t cause problems.

We expect good quality from machines like this, but the Precision’s panel offers surprisingly mixed benchmark results.

The Precision’s main strength is colour accuracy. The Delta E of 1.26 is fantastic, easily beating the Toshiba Satellite P50t and Dell’s own Precision M3800, and it only deviates to a maximum of 3.68, which means colours are consistently accurate. The sRGB coverage level of 93.4% is excellent – it’s in fact one of the very best scores we’ve seen. Colour temperature, at 6,352K, isn’t far from the 6,500K ideal, and viewing angles are decent. 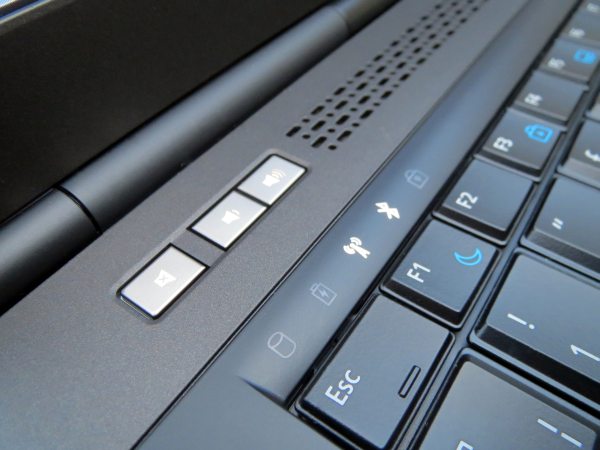 The brightness of 257 nits is less impressive: fine for the office, but potentially irritating outdoors. The black level of 0.35 nits is good, but has been bettered elsewhere. Those figures combine for a contrast ratio of 734:1 – a decent figure, but worse than every key rival.

The resolution, matte screen and incredible colour accuracy and coverage all mark the Precision’s screen out as a serious work panel, though, even if the brightness and contrast aren’t the best. That means other systems have better all-round panels – but for work, the Precision is a worthwhile choice.

The speakers have huge volume, which immediately puts them ahead of those of most laptops, but they lack quality. The bass makes up for a lack of subtlety, but the overarching deep tones don’t work work well with the muddy, flat mid-range and the indistinct high-end. The M6800’s bass-heavy audio isn’t good enough for truly satisfying music or movie watching after you’ve finished your work.