The Dell’s six-cell
battery failed to impress in our standard test. That benchmark sets the
screen at 40% brightness and loops a basic video chat and web browsing
test – and here the M3800 lasted for 3hrs 44mins. That’s
about 40 minutes short of the HP’s lifespan, and that laptop had a
removable battery, which makes it easy to swap power packs.

The
MacBook Pro remains the longevity king. We can’t run the exact same test
on Apple’s OS, but the 15in version of the Pro lasted for ten hours
when left to browse the web with the screen at 50% brightness. That’s a
fantastic result, and it means that Apple’s hardware remains the winner
when it comes to all-day battery life.

The
minor processor bump should see the M3800 perform with a little more
oomph than last year’s model, but our review sample proved inconsistent –
perhaps because of the change in operating system or the screen’s higher
resolution.

Our updated unit scored 11,626 points in Geekbench
3, which is around 200 points ahead of the old model, but its 5,198
result in PCMark 7 is more than 600 points behind the old machine.
There’s still more than enough power for the vast majority of office
tasks and high-end multi-tasking, but don’t expect a leap forward. 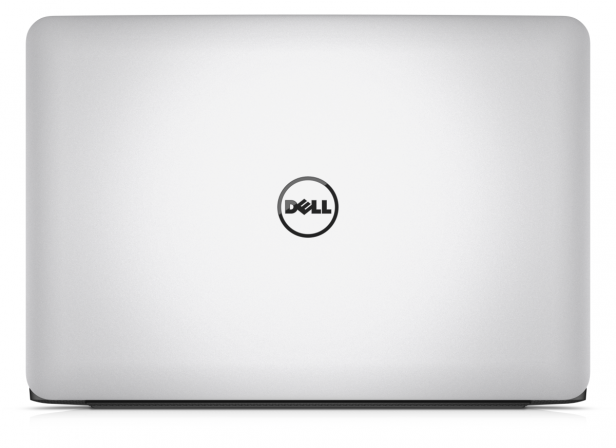 We wouldn’t
expect Dell’s machine to outpace its rivals in application tests,
either. The HP ZBook’s i7-4910MQ processor scored 12,747 in Geekbench 3
and 5,849 in PCMark 7, and the MacBook Pro went one better with a score
of 13,517 in Geekbench.

It was a similar story in graphics
benchmarks. The M3800’s 3DMark Fire Strike score of 1,293 is virtually
identical to the older machine, but the HP and its beefier GPU scored
1,700 points. In Unigine’s 3D benchmark the Dell’s 25.2fps result is
fine, but it’s five frames behind the ZBook.

The Dell’s Nvidia
Quadro chip means it has the grunt to power through high-end graphics
software, from photo editing to CAD/CAM tools. However, there are other
laptops out there that offer power, but admittedly they cost more.

The M3800’s storage
did improve over last year’s model. The 256GB Samsung SSD returned
sequential read and writes of 518MB/sec and 452MB/sec, with both of those
better than the Lite-On drive inside the previous machine. You can also
opt for a larger SSD or both a hard drive and an SSD, so there
are plenty of options.

Our final tests evaluate the M3800’s
thermal performance – and the slimline Dell struggled to keep its chips
in check. The processor’s individual stress-test peak of 85 degrees is
high. When the CPU and graphics core were tested together, the Core
i7 chip hit a peak temperature of 98 degrees.

That’s hot enough for
it to have to throttle itself to keep cool. Indeed, the chip
stalls at 2.5GHz, with its Turbo peak of 3.3GHz a distant dream.

The
graphics core didn’t cause any problems with a top temperature of 82
degrees, but the toasty processor caused the fans to spin up to a
noticeable whine – irritating in a quiet office. Hot air is ejected from
a vent at the back of the base, and this proved annoying. If you’re
using the Dell on your lap, you’ll definitely notice the temperature
rising.

It’s a similar result to the HP, which also churned out
noise and had a high processor temperature, but the MacBook has both of
the Windows machines beat – Apple’s laptop is far more subtle. 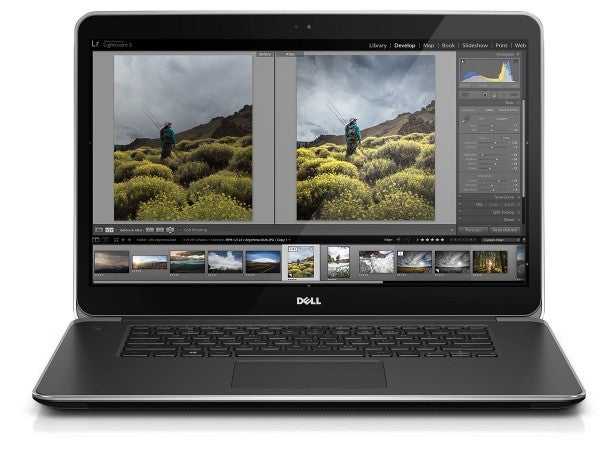 The
latest version of the Precision M3800 has a stunning, high-quality 4K screen with more pixels than its rivals – but that’s the
only significant change; the new processor and SSD have barely boosted the
performance levels. This is still a good machine with ISV-certified
graphics, but it’s only a tiny leap forward.

Meanwhile, Dell’s
competitors
have moved ahead more markedly. The MacBook Pro has PCI-based storage, a
new
Force Touch trackpad and fantastic physical design for similar money.
The MacBook also offers significantly greater battery life. HP’s ZBook
15 G2 is thicker and heavier, but it’s faster and has many
more office features – and its significant initial price of £2,886 has
dropped
to a more palatable £1,752.

Overall, though, the M3800 remains
one of the best alternatives to a MacBook Pro, and makes for an
excellent all-round powerful laptop for home and office use. It’s just
that the MacBook Pro itself remains the more tempting option thanks to
its superior battery life, even if it is slightly more expensive.

In its original form, the
Dell Precision M3800 is one of the best-looking and
sturdiest workstation laptops around. As such, the addition of a 4K
screen is enough to ensure it remains a very desirable laptop,
especially for its price.

Not sure about your next mobile move? Check out our line-up of the 7 best Windows 10 laptops and tablets – or explore our verdict on the best DAB radio if you need to drown out a loud laptop fan.