When we reviewed the original Precision M3800 at the start of 2014, we concluded that it was one of the MacBook Pro’s only valid rivals – but that was 18 months ago, and in the laptop world that’s a lifetime.

Dell has updated the M3800 with a 4K screen and better internals, but its rivals have been busy too. The MacBook Pro features a Force Touch pad, and the HP ZBook 15 has tried to steal the Precision’s workstation thunder by including an array of office-friendly features.

On the outside, the M3800 hasn’t changed. Some may say that’s lazy but, given the Precision’s sheer class, I’m not fussed. The aluminium lid still looks stylish and feels fantastic, and the interior and base are still made from the smart, soft-touch carbon fibre of the original.

The little touches are still similarly impressive. The bevelled edges add class, there’s a five-light battery indicator, and the serial codes and logos are hidden beneath a smart metal panel on the underside. For a little added pizzazz, Dell has even left the weave visible on the base’s carbon fibre. 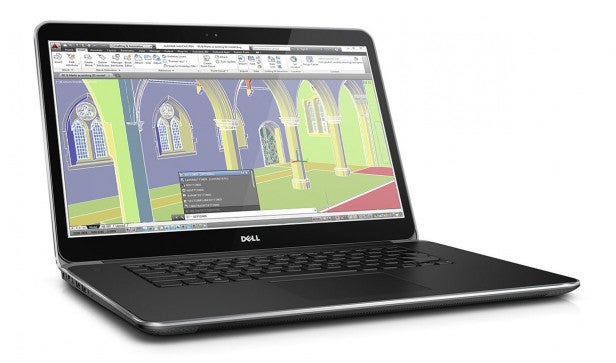 There wasn’t much need to put the Precision on a diet. The M3800’s 1.8kg weight and 19mm thickness are close to the MacBook Pro, and far slimmer than the HP ZBook 15, which is a kilo heavier and twice as thick. However, in fairness to the HP, it’s a more traditional powerhouse office notebook.

Build quality is excellent, with no budge in the base and only slight movement in the lid when it’s pressed. Getting inside is possible, if tricky – you’ll need to remove around 12 screws – and the memory, storage, wireless chip and battery are all accessible for upgrades. There’s no room to add extra, however.

The M3800, then, remains one of the slickest-looking workstation laptops around. Like the MacBook, its aesthetics are good enough to easily withstand a couple of years without a major update. 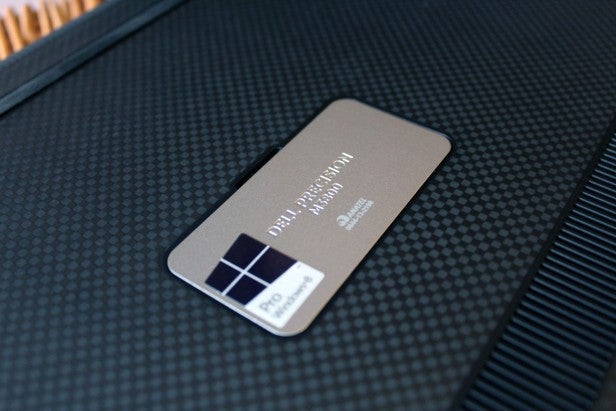 We don’t sniff at spec boosts, but the minor processing bump continues to rely on old Haswell technology. That’s the same CPU generation featured in the MacBook and HP, but it remains a tad disappointing when Broadwell silicon is now more common and Skylake is just round the corner. Dell hasn’t been able to confirm if the M3800 will be upgraded any time soon.

Connectivity is average. There’s dual-band 802.11ac wireless and Bluetooth 4.0, but Gigabit Ethernet works only with the supplied USB adapter. This is quite an omission for a workstation laptop. Also included are three USB 3 connectors, a Thunderbolt port and an HDMI output, as well as an SD card slot and a single headphone jack.

The Dell’s specifications are fine for a high-end work laptop, with its 4K screen, powerful components and reasonable connectivity handling most work tasks without complaint. In some areas, though, it’s still outgunned.

The MacBook Pro has PCI-based Flash storage, its Force Touch trackpad and a newer processor. And HP’s ZBook weighs more, but it’s got military-grade testing, a Blu-ray drive, ExpressCard, Secure Digital ports and a fingerprint reader, all of which are important for business machines.

We’ve reviewed the most potent M3800, but other models are available. A version that costs £1,559 has a 1080p screen, 8GB of memory and a 500GB hard disk. Dell also sells a “build your own” model that comes with multiple memory and storage configurations and a larger battery.

There are also multiple OS options. Our sample comes with Windows 7 Professional, but Windows 8.1 Pro and even Ubuntu 14.04 are listed on Dell’s website. Windows 10 isn’t there yet as a preinstalled option but, with free upgrades available, getting Microsoft’s latest OS is a formality.

A variety of data protection options are available alongside accidental damage protection, anti-theft options and recovery tools. The standard specification comes with a basic one-year warranty, which is fine, and that can be extended for up to five years.