The Core i7 chip inside this machine is a low-power part, so its specification is a mix of high-end numbers with inevitable compromise. The 2.1GHz stock speed is decent, and it hits a Turbo Boost peak of 3.3GHz, but this part has just two Hyper-Threaded cores – full-power mobile Core i7s have four cores.

This chip has an Intel HD Graphics 4400 core, and it’s partnered with a generous 8GB of RAM. It’s not the most powerful of the integrated chips inside Haswell Core i7 parts, but it’s comparable to what’s on offer inside the Dell’s rivals.

The Latitude’s PCMark 7 score of 4,705 is a good result that sits in between the Sony and Lenovo systems, and it’s more than enough grunt for work – from browsing the web and running a word processor to handling demanding databases and even HD photos. In GeekBench, the Dell scored 5,941 – an excellent result that only lags behind machines that use full-fat mobile Core i7 CPUs. During our tests the vast majority of applications booted and worked quickly and smoothly. Only the toughest office applications will prove too much for this machine. 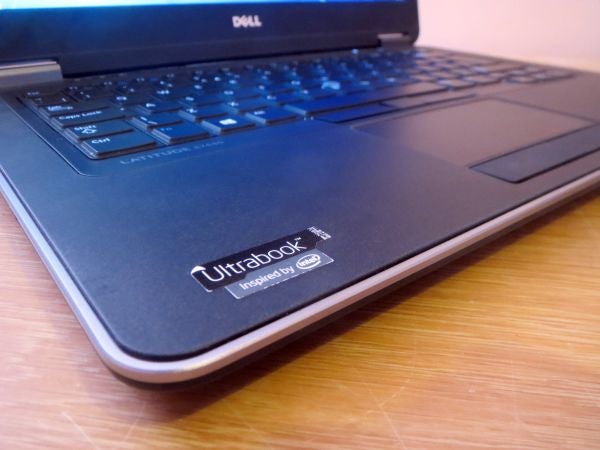 The Dell’s performance is given a helping hand by the 256GB LiteOn SSD. The drive’s sequential read and write results of 477MB/s and 396MB/s aren’t top-tier when it comes to SSDs, but they’re several times faster than any mechanical drive. It means rapid software loading times, and it also meant this system booted in just 14 seconds – an impressive result that will help you start work faster.

The HD Graphics 4400 chipset scored 35,720 in 3DMark’s Ice Storm benchmark. That’s around 2,000 points ahead of the Lenovo, and more than twice the Sony’s score. It’s not enough power to play modern games on anything but the most modest of settings: in Bioshock Infinite’s Very Low quality test we dropped down to 1,024 x 768 and still only managed 16fps. 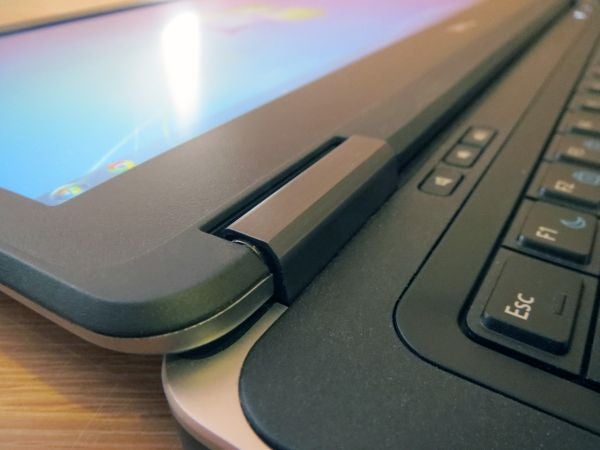 When it comes to thermal performance it’s almost a clean bill of health for the Latitude E7440. We didn’t notice the Dell’s fans during mundane tasks like web browsing and word processing, and the spinner inside kicked up a notch when running more intensive applications – but it was never more than a low hum, and it was never too distracting. It’s similar sound performance to the Sony machine, and almost as impressive as the Lenovo.

We didn’t have any issues with heat, either – any warm air produced by the Latitude is ejected from a small vent along the left-hand edge. There’s a small grate on the base, and the bottom panel did get a little warm, but it was far from uncomfortable. The keyboard and trackpad both kept their cool, too. 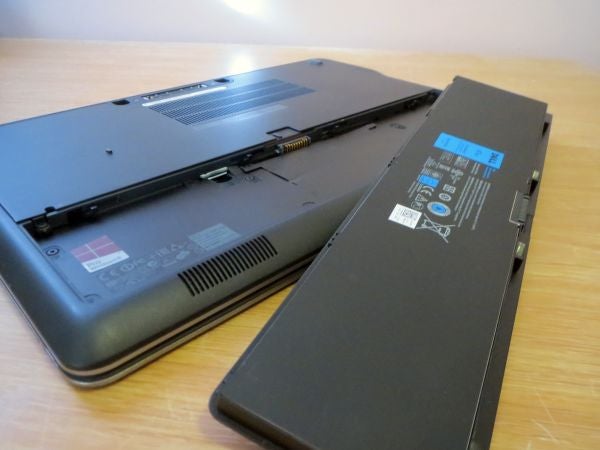 The Latitude includes a removable 47Wh battery, but there are no options to fit this machine with larger units. At least it’s possible to buy secondary 47Wh batteries, which cost £107. If that’s a little too much, then 34Wh batteries are available for £90.

The Dell lasted for six hours and four minutes in our PowerMark test. It’s a reasonable score that’s an improvement on the Lenovo, but it’s not able to topple the six hours 30 minutes of the Sony VAIO Pro 13 – and it can’t match the longevity of the MacBook Air, either.

We plugged the laptop back in and measured the battery after thirty minutes on charge. The Dell filled 31% of its power pack during this time, which isn’t far behind the Sony but a long way behind the Lenovo, which has a speedy charging system that charges up to 77% in just 30 minutes.

Used as our main laptop for the review period
Tested for at least a week
Used consistent benchmarks for fair comparisons with other laptops
Reviewed using respected industry benchmarks and real world use
Previous
Dell Latitude E7440 Review Next
Keyboard, Touchpad and Verdict Review