Ultrabooks dominate the laptop landscape, with hundreds of machines available that are slim, light and fast enough to include one of Intel’s prestigious stickers beside their keyboards. Dell’s Latitude E7440 is designed for business rather than pleasure, and its £1,504 price suggests this machine – which slots inside Dell’s Latitude 7000-series – will only fit in the swankiest of boardrooms.

This isn’t the only laptop intended for the office, though. The Sony VAIO Pro 13 is impossibly slim and light, and the Lenovo ThinkPad X1 Carbon brings a famous business brand to the table and is soon to be updated with the X1 Carbon 2014 model. Sony’s machine is much cheaper than the Latitude – but the ThinkPad is more expensive. Is the E7440 the perfect man in the middle? 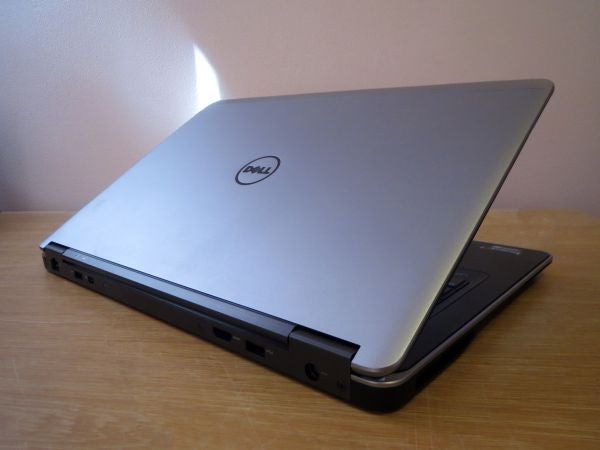 The Latitude isn’t clad in eye-catching brushed metal and doesn’t taper to a millimetre-thin tip, but that doesn’t mean it’s got ugly, function-over-form design.

The base uses dark, powder-coated aluminium that feels comfortable and looks polished, the wrist-rest is finished with black soft-touch material, and the lid shines thanks to silver-coloured metal. The only show of excess comes from the brushed aluminium used for the hinge.

Business machines need to be sturdy, and the Latitude didn’t disappoint. It’s built using what Dell calls a “tri-metal chassis”, which is an underlying frame made from anodised aluminium, magnesium alloy and steel. It works: we barely moved the wrist-rest, the base wouldn’t budge, and the lid only flexed a little when twisted. It’s as good as the Lenovo, and stronger than the flimsy Sony. 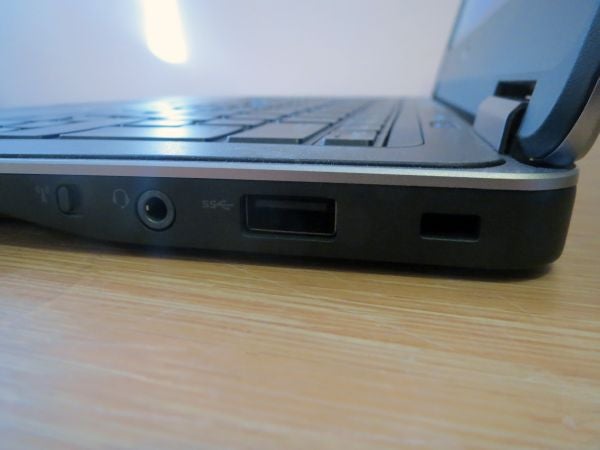 Work laptops need plenty of ports, and the Latitude delivers. The right-hand edge has a USB 3 port, Kensington lock slot and the headphone jack, and the opposite side houses SD and smart card readers. More ports line the back edge: there are two USB 3 connections, mini-DisplayPort and full-size HDMI outputs, and Gigabit Ethernet. We’re especially pleased by the latter, which is often absent from consumer Ultrabooks.

Other touches emphasise the Latitude’s business pedigree. There’s a trackpoint in the middle of the keyboard, and it’s accompanied by its own trio of buttons. It’s a welcome feature that we’re only used to seeing on Lenovo ThinkPads. There’s a fingerprint reader and a physical Wi-Fi switch, and the underside has a docking station connector and a keyboard drainage hole. 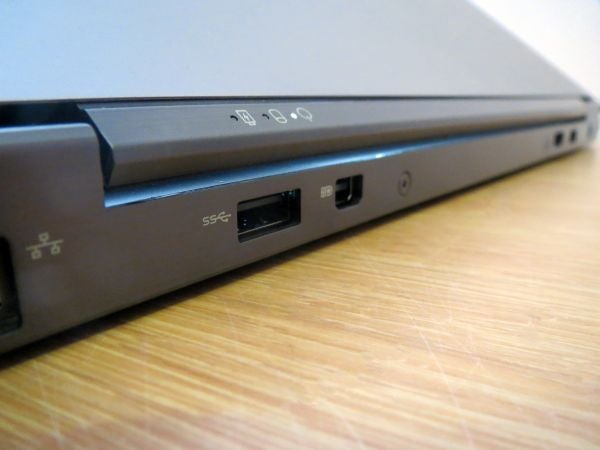 It’s a clean bill of health so far, but the Dell pays for its versatility elsewhere. Its 1.63kg weight is towards the top end of the Ultrabook spectrum, and it’s 21mm thick. Both of those figures are light by business laptop standards, but the VAIO is at the light end of the scale thanks to its 1.06kg weight and 17.2mm thickness, and the Lenovo is also slimmer and lighter.

Wireless connectivity options are suitably broad. The dual-band 802.11 Wi-Fi chip supports the AC standard, there’s Bluetooth 4.0, and a SIM slot for mobile broadband. The only black mark goes against the wireless chip, which has two rather than three antennas, and so won’t be as quick as it could be. 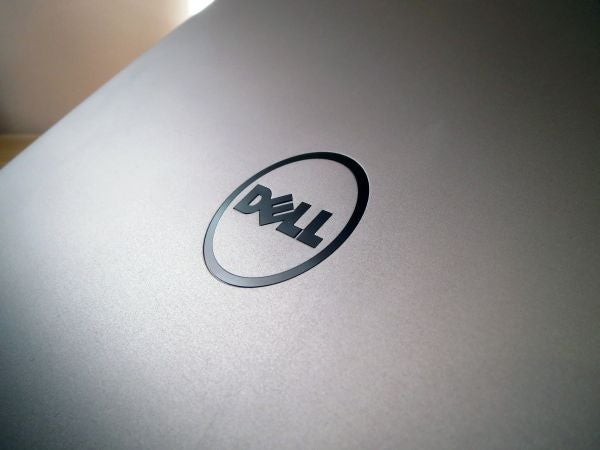 Three of the four E7440 models come with a full HD screen, and there’s no doubt that this 1,920 x 1,080 is crafted for business: there’s enough real-estate to comfortably use two windows, a matte finish to avoid irritating glare, and it’s made from Corning Gorilla Glass. It’s not a touchscreen, but that’s not an issue thanks to Windows 7.

The 351 nit brightness bests the Lenovo, and it’s not far short of the VAIO’s 371 nit peak. The Dell’s contrast ratio of 998:1 is similarly impressive – again, better than the Lenovo, but a little short of the Sony. The Dell’s panel is punchy, with good distinction between subtle shades at both ends of the scale.

An sRGB gamut coverage level of 84.9% is good, but in other colour tests the Latitude’s panel was weaker. Its Adobe RGB gamut coverage of 62.1% is poor, and it means that this panel isn’t good enough for high-end colour work. The Dell’s colour temperature of 6,650K is close to the 6,500K ideal figure, but the screen’s average DeltaE (a measure of colour accuracy) of 7.6 is mediocre.

Those intensive, colour-dependant applications are the only area where this screen stumbles – in every other department it’s superb. Sony’s slightly better brightness and contrast, and its superior colour accuracy, mean it’s a better screen – but the Latitude isn’t far behind.

The speakers are mixed. The Latitude has more than enough volume to fill an office or bedroom – and, at a push, it could handle a living room – but there’s very little bass. Top-end sounds are thin and lifeless, and the treble is buried in the middle of the range. We’d definitely use headphones.