Our Latitude is the most potent specification available. Its Core i5-4200U runs at 1.6GHz, can hit a Turbo peak of 2.6GHz, and it’s based on the latest Haswell architecture. There’s a mid-range HD Graphics 4400 integrated core, and it’s paired with 4GB of RAM. There’s a 500GB hard disk, too – more than enough space for school projects.

The specification compares well to two of the Dell’s close rivals. The Samsung Ativ Book 9 Lite uses a mid-range AMD A6 APU clocked to a poor 1GHz, and the Asus has a low-end Core i3 chip from Intel’s last-generation Ivy Bridge range. The Toshiba C55 could provide some competition, though: its Core i3-3220M processor may be Ivy Bridge, but it runs at 2.6GHz and is a standard mobile part – while the Haswell Core i5-4200U inside the Dell is an ultra-low-power chip that’s 1GHz slower without Turbo Boost. 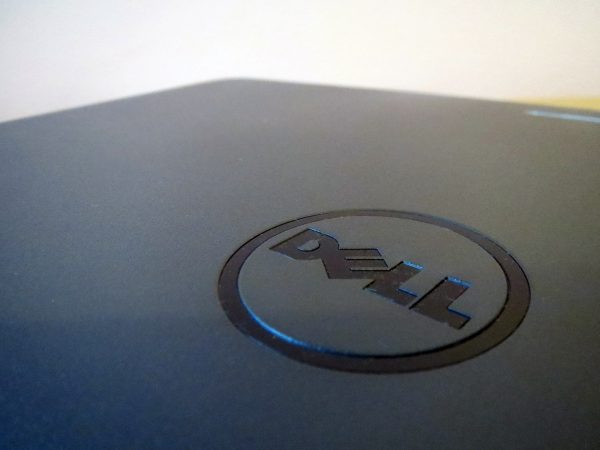 The Latitude’s HD Graphics 4400 chipset is a modern, mid-range integrated core that easily beat the Asus’ Intel silicon and the Radeon core inside the Samsung’s APU – its score of 39,178 was twice as fast. The Toshiba proved a little faster again, though, with a score of 45,485 in the same test.

Apps in desktop mode were responsive, Windows 8.1’s Start screen was smooth, and Metro software ran without complaint. There’s only enough power here for low-end gaming, though, and the hybrid hard disk means longer loading and boot times than systems with full-fat SSDs.

The Core i5 chip hit a top temperature of 72°C during our stress-tests, which is fine – almost thirty degrees short of its thermal limit. And, while we could detect the Latitude’s fan, it’s extremely quiet: we were hard-pressed to hear it in a silent office, so it’ll likely be undetectable in a busy classroom. 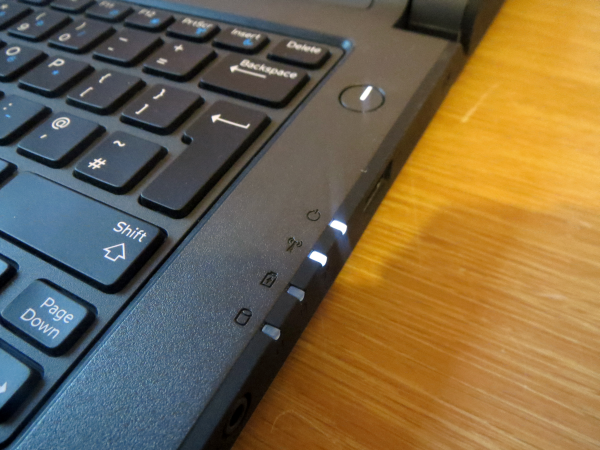 Hot air is pumped from a vent on the left-hand edge, but heat dissipation is clearly not this machine’s strong point. The left and right sides of the keyboard became a little warm after prolonged testing, but the big issue is underneath, where the left-hand side of the base became toasty after just a few minutes of testing. It’s not a problem if the Latitude is on a desk, but it could be uncomfortable if you’re using this system on a lap for any decent length of time.

The Latitude includes a 65Wh battery. It’s a chunky unit that sits proud of the system, propping it up at an angle. The high-capacity battery helped the Latitude last for eight hours and 21 minutes in our standard Powermark test, which comprises of web browsing, video playback and productivity tools with the screen at 40% brightness. 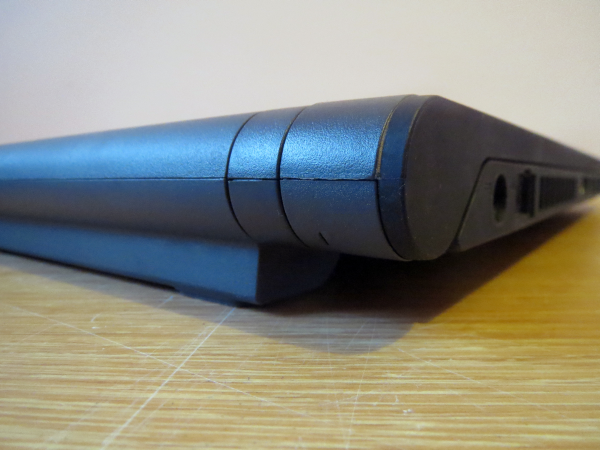 That’s superb: just over two hours better than the Samsung, and more than twice as long as the Asus and Toshiba machines could manage. It’s a good guide as to what you should expect in the real world, as those tasks mimic the Latitude’s main uses. Upping the screen’s brightness will bring that time down, but it’ll easily get through a whole day at school with a little judicious screen and power management.

The Latitude’s battery charged 24% of its capacity from empty over thirty minutes. That’s not as much capacity as many other laptops manage, but it’s still enough for two hours of use.

Used as our main laptop for the review period
Tested for at least a week
Used consistent benchmarks for fair comparisons with other laptops
Reviewed using respected industry benchmarks and real world use
Previous
Dell Latitude 13 Education Series Review Next
Keyboard, Trackpad and Verdict Review