The arrival of Intel’s Core M silicon is a big deal for mobile computing. It’s the first time we’ve seen the Broadwell architecture in a proper consumer machine, and it’s the first time Intel has deployed 14nm parts inside notebooks.

The move to the 14nm Broadwell chips brings several key benefits. One of the biggest is power consumption: the M-5Y10 deployed in the Latitude has a peak power draw of just 4.5W. That’s much lower than the 11.5W and 15W requirements of the last generation’s low-power Core i3 and Core i5 chips.

Better voltage regulation and on-chip power controllers allow for efficient processing power management, which means Intel doesn’t need to clock its parts so high – the Core M-5Y10 in the Latitude runs at just 800MHz with a Turbo peak of 2GHz. The last generation’s popular Core i5-4210U kicked off at 1.7GHz and had a Turbo top speed of 2.7GHz.

Broadwell brings better graphics to the table, too. The Core M-5Y10 has an Intel HD Graphics 5300 chipset with more stream processors and faster clock speeds than the previous generation. 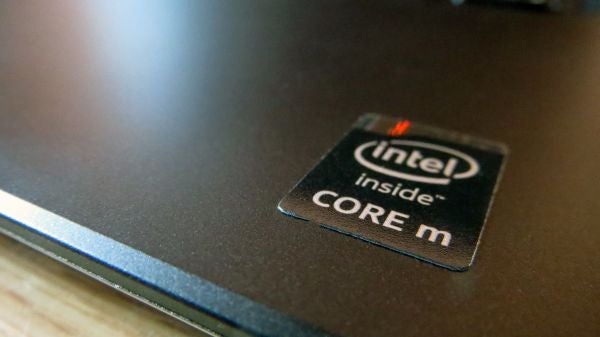 Intel’s frugal new processor doesn’t sound like a speed demon, but Broadwell maintains decent performance. In PC Mark 7 the Latitude scored 3896 points – better than the HP Envy 15 x360, which had a Core i5 processor that scored 2872 points, and it even beats the Core i7-toting Asus Transformer Book Flip, which scored 3033 points.

The Latitude couldn’t keep up in Geekbench – its score of 3713 is decent, but it’s a little slower than the Core i5 parts in rival notebooks.

The revised integrated graphics fell between two of Intel’s last-generation GPUs. In 3D Mark’s Ice Storm test it scored 28,371 points – around 10,000 points less than laptops with more powerful Core i5 hardware and HD Graphics 4400 chipsets. It then scored 364 points in the tough Fire Strike test, which is better than Atoms and Celerons, most of which can’t even run the benchmark.

The Core M’s reasonable benchmark scores translate to decent real-world performance. Windows 8.1’s Start menu, web browser and app store ran without complaint, and we loaded software in Desktop mode rapidly. Word, Excel and other office tools ran swiftly – only high-end software will give the Core M difficulties. The HD Graphics 5300 core will only be able to handle low-end titles.

Storage comes from a 256GB Samsung PM851 SSD. It’s a part that uses the newer M.2 connector, although the drive deployed here didn’t outpace traditional SATA SSDs – its sequential read and write speeds of 470MBps and 187MBps are in the middle of the road. The 12-second boot time is great, mind – few notebooks are faster. 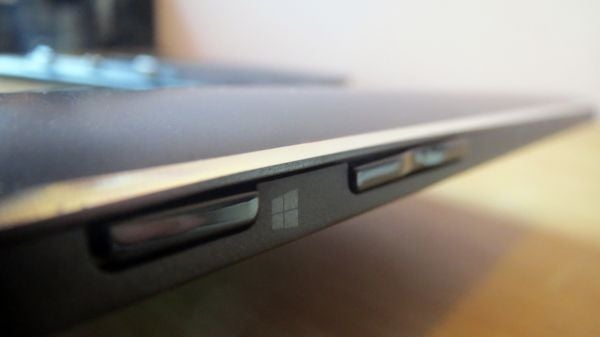 Broadwell’s tiny power requirements and smaller silicon footprint mean the Latitude’s slimline frame didn’t overheat or chuck out noise. When the system was running basic tasks or sitting idle, it was impossible to hear – and the Core M’s temperature never rose beyond a chilly 34°C.

The Latitude continued to impress during stress-tests. The top temperature of 59°C is fine, and the machine still made no noise, no doubt due to Broadwell’s improved thermal footprint. The bottom half of the screen and the rear panel both became a little warm, but it wasn’t uncomfortable and so won’t impede usage. 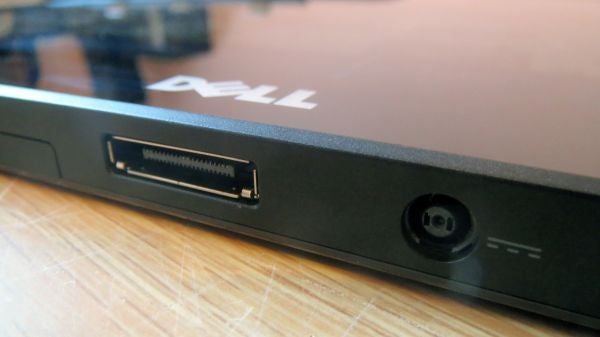 The Latitude has 50Wh of battery capacity, with 30Wh stored in the tablet and the rest beneath the keyboard. Our longevity test runs the screen at 40% brightness with a web browsing and video chat test on loop, and here the Latitude lasted for just over ten hours. That’s better than both of HP’s machines, and it’s hours ahead of the Lenovo Yoga 2 Pro.

The standard test’s 40% screen brightness level is ample, so we dropped the panel to 10% brightness and tried again. That’s still enough light for word processing and web browsing, and the Latitude lasted for almost eleven hours.

Only a couple of machines have lasted longer. The Dell Venue 11 Pro had two batteries with a combined capacity of 64Wh and lasted five minutes shy of twelve hours, and the latest MacBook Air and its 54Wh power pack managed 13 hours in a similar test.

The Latitude’s tablet section impressed, too. The sole 30Wh battery lasted for exactly six hours – better than the HP Spectre X2’s tablet section, and an hour more than the Asus Transformer Book Flip. Both those machines had higher battery capacities than the Latitude.

It’s also only thirty minutes behind the Lenovo Yoga 2 Pro, despite that machine’s 54Wh power pack.

Used as our main laptop for the review period
Tested for at least a week
Used consistent benchmarks for fair comparisons with other laptops
Reviewed using respected industry benchmarks and real world use
Previous
Dell Latitude 13 7000 Series Review Next
Keyboard, Trackpad, Configuration Options and Verdict Review