We were concerned the Dell’s sunken keyboard wouldn’t have enough travel to make for satisfying typing, but the Latitude has come up trumps. The keys have enough movement to make typing feel reassuring and solid, and the keys tread a fine line between the lightness required for quick typing and the weight needed to make a keyboard feel comfortable. It’s a tough balance to strike, but Dell has managed it more than most rivals. 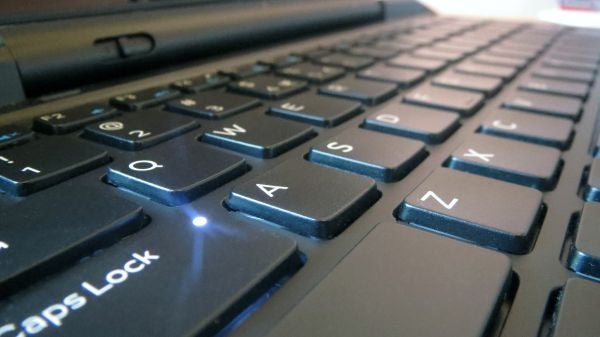 It’s not perfect – we don’t like the single-height return key, and the keys themselves are a tad small – but the Latitude’s keyboard has enough quality to help get work done on the move.

The touchpad is sensitive, but that’s remedied in the control panel. The two buttons are snappy and responsive, which makes it easy to nip around Windows.

Dell sells several variants of the specification we’ve reviewed. Our £1194 model is the most expensive, and it comes with a three-year ProSupport and Next Business Day warranty. It’s also augmented with a £31 rear cover that adds the fingerprint and smart card readers and an 8mp camera.

Spending £43 less gets you a model with a standard three-year warranty and the Core M-5Y10C processor – a chip modified with different graphics clock speeds that likely won’t make a difference in the real world.

The more affordable £1115 model has the Core M-5Y10 processor and the three-year ProSupport warranty, but it’s got a smaller 128GB SSD. The most affordable Latitude costs £1103, and it shares the same specification, but with the standard three-year warranty instead.

The hardware inside the Dell can’t be changed, but service options are customisable. Data protection deals range between £38 and £95, and the three-year warranty can be upgraded to four- or five-year deals for an extra £59 or £120. 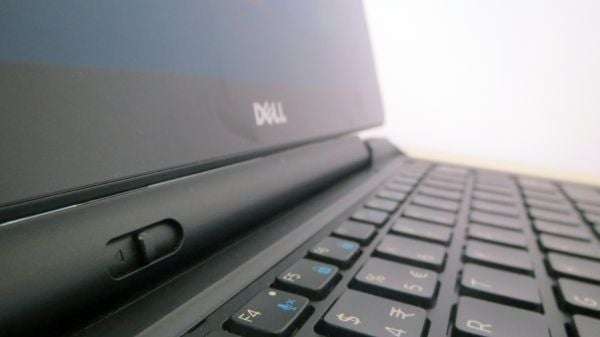 We’re deeply impressed by Intel Core M. It consumes less power than predecessors while still managing to beat them in some benchmarks and, even when it doesn’t catch up, it’s never far behind.

The screen is the best we’ve seen on any hybrid thanks to a combination of great quality and sensible resolution. The exterior is good too – unfussy but smart and sturdy, with a comfortable keyboard and trackpad.

It’s lighter and thinner than many hybrid and laptop rivals, although its detached screen still can’t compete with proper tablets for lightness or ease of use.

The Latitude is a high-end hybrid, as its price demonstrates, but it leads the field in several key areas: Core M delivers the best balance of power and efficiency we’ve seen, the screen is exceptional, and it’s light and well-made. If you can afford this luxury hybrid, it’s the best example we’ve seen – especially when it comes to getting things done.

The Dell Latitude 13 7000 Series has impressive Core M-powered performance, excellent battery life, a stunning screen and a slick design. It’s expensive and its screen is still bulkier than most tablets, but this is the top high-end hybrid for productivity.