There’s a 1080p IPS screen, a slick detachable mechanism and a good-looking keyboard, but this tempting design doesn’t come cheap. The Latitude costs £1194 – more than virtually every rival.

SEE ALSO: Intel’s 14nm Revolution – Why you should care 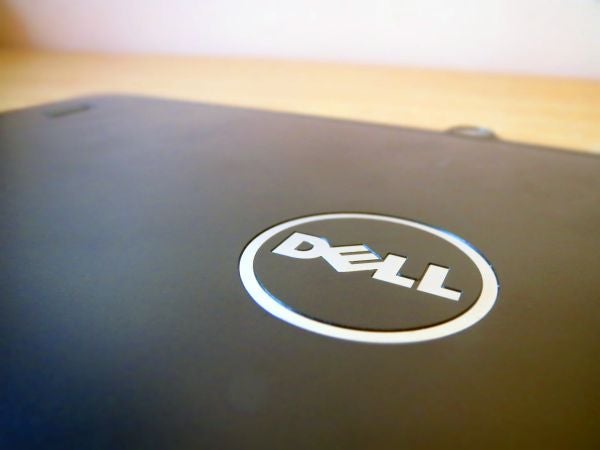 Dell designs Latitudes for the office, so the 13 7000’s aesthetics are all business. The keyboard, trackpad and screen bezel are plain black, and there isn’t much colour elsewhere either – just a gunmetal grey lid.

A single Dell logo decorates the rear, and the wrist-rest is only adorned with a small, monochrome Intel Core M sticker, with no other logos and few status lights.

The Latitude uses an effective detachable mechanism: a sliding button below the screen frees the tablet section from its anchors, and it clips back with a pleasant snap. It’s sturdy; there’s barely any give in the tablet section, and we’re not concerned about a little flex in the keyboard dock – it’s what we expect from a device this slim and light. 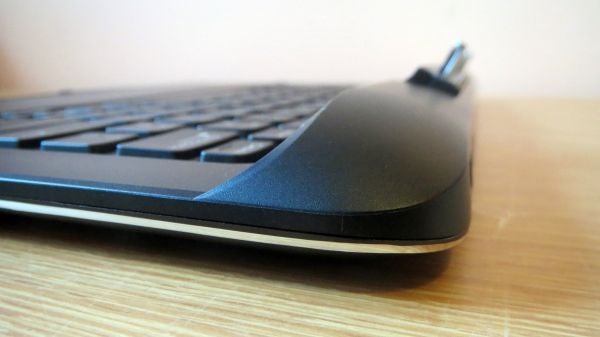 When combined, the Latitude weighs 1.69kg and is 20mm thick, which are impressive numbers for a hybrid. HP’s Spectre 13 x2 and Envy 15 x360 are both thicker and heavier, and Toshiba’s recent efforts are chunkier.

Dell’s latest only falters when its tablet section stands alone. Its 930g weight makes it more cumbersome than the 437g iPad Air 2, and the 13.3-inch screen means it’s tricky to use in one hand – a problem common among hybrids.

The Latitude is one of the slimmest and lightest hybrids we’ve tested, but it compares more favourably to hybrids than proper tablets – a sign Dell has made this machine for productivity rather than consumption. That’s backed up further by the port selection, which is skewed towards the keyboard: the base unit serves up two USB 3 ports, a mini-DisplayPort connector and an SD card slot, while the tablet has a headphone jack, a smart card slot and a fingerprint reader. Those latter ports are only optional extras, too.

On the inside, there’s dual-band 802.11ac wireless and Bluetooth 4.0, but there’s no room for Ethernet. 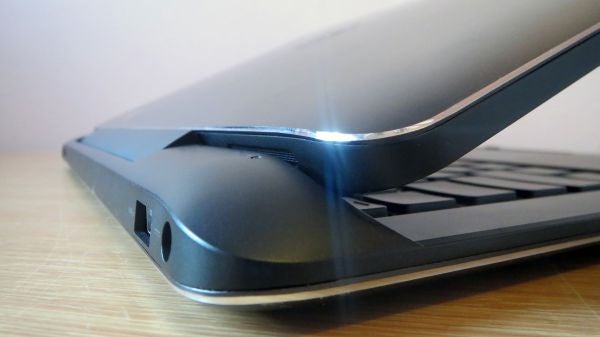 The Latitude’s 1080p resolution marks it out as a higher class of hybrid – cheaper machines make do with 1366 x 768 screens. We’re also happier with this resolution than anything higher; the Lenovo Yoga 2 Pro’s 3200 x 1800 screen suffered with scaling issues that undermined its sharpness. That’s not a problem you’ll encounter on the Latitude.

It’s got the chops for work, too. The 357-nit brightness level is one of the best we’ve seen, and the 0.3-nit black point is excellent: only a handful of systems have beaten either figure and, even then, it’s not by much. The resultant contrast of 1170:1 is great – better than every recent hybrid.

Exceptional colour accuracy joins the stonking contrast. The Delta E of 1.31 is the best result we’ve seen outside of dedicated workstation notebooks – suffice to say it beats every direct competitor.

The deep black level gives depth to every darker colour, and the contrast means there’s punch and variation to every tone. The brightness is enough to ensure ease of use under office lights and natural sunlight, and that Delta E is class-leading.

Our only qualm is the colour temperature, which sits at 7726K. That’s too cold, and it leaves test images a little clinical. It’s not a huge concern when stacked up against such great results elsewhere – if you need a hybrid and screen quality is key, it’s a huge selling point.

We can’t say the same about the speakers. Irritating distortion hampered full-volume playback and it wasn’t much better when we dialled back the noise – at 50% volume a muddy mid-range and a lack of bass undermined the reasonable high end. This isn’t the machine to use for watching movies after office hours.