The Lenovo Thinkpad Tablet 2 will soon have itself a worthy rival for the hearts of business and discerning consumer users after a new versatile Windows 8 X86 tablet was unveiled in the form of the Dell Latitude 10.

Its simple and straightforward name isn’t the only nice thing about this tablet either. The Dell Latitude 10 specs see the device rock an IPS display protected by Gorilla glass, a rugged yet soft-touch finish over a magnesium alloy frame, a removable battery that should last well over a standard day, optional keyboard folio case, full-size USB and SDXC support, charging through both microSD and a proprietary quick system, business security features, an optional Wacom stylus, and more – you get the drift. We went hands-on with the Dell Latitude 10 to find out if it’s worth waiting for. 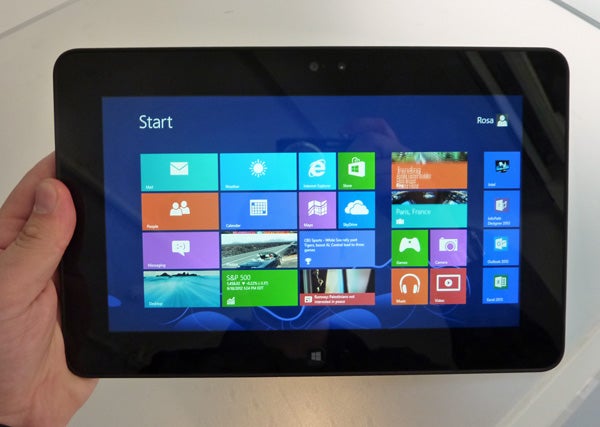 Dell Latitude 10 Design
First off, altough the Dell Latitude 10 is not as aesthetically pleasing as the iPad 3 or Asus Transformer Infinity , this is a pretty attractive slate. Mind you, we’ve always been suckers for a bit of black soft-touch that emphasises comfort and practicality over form, but either way you won’t be ashamed of taking this tablet out while on your commute.

That soft-touch finish combined with a few nicely ergonomic curves also makes it lovely to hold, and provides a great grip when carrying it about. Thanks to its magnesium alloy inner frame, toughened Gorilla glass screen protection, and superb build quality, this tablet feels just about as solid as anything else. It easily matches the best of the rest (yes, that includes the iPad). Despite all these nice touches, this tablet weighs a mere 698g and is thinner than the average finger. 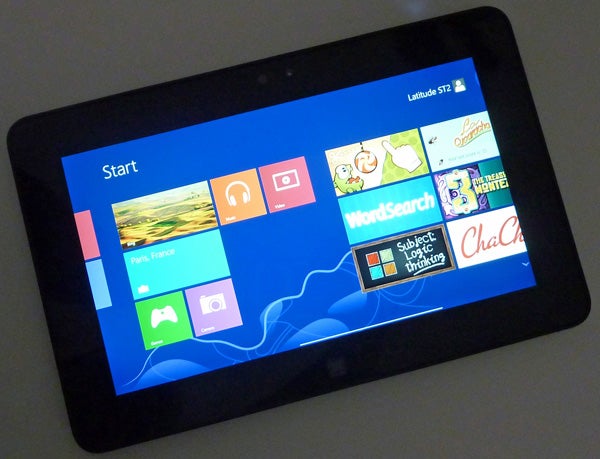 Dell Latitude 10 Connectivity
In terms of connectivity options the Dell Latitude 10 is quite generous. It more than covers all the basics you might need in a Windows 8 tablet, and is positively bountiful compared to most iOS and Android tablets. On the left are a headphone jack, miniHDMI and full-size USB 2.0 port. This is a crucial addition, as it lets you plug in not only memory sticks and adapters, but also mice, keyboards, printers and more. And because the Dell Latitude 10 is an X86 Windows 8 tablet, it will run everything just like your PC or laptop.

On the right you’ll find a Kensington lock slot and volume rocker, while the top houses a full-size SDXC card slot that will officially take cards of up to 128GB. In other words, you can just transfer photos from your camera directly using this tablet, or double its storage.

At the Latitude 10’s base you’ll find a microUSB port that’s only used for charging, making this tablet compatible with all the same charging cables you use for your smartphone – unless you’re rocking an iPhone 5, of course.

There’s also a proprietary 40-pin charging/data port that can be used with the included quick-charge adapter and will sync with the optional dock. The dock provides four USB 2.0 ports and a full-size HDMI. A Kensington-designed Bluetooth keyboard folio will also be available. 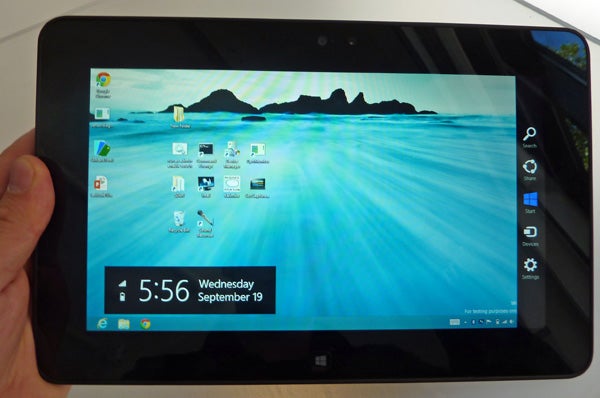 The Dell Latitude 10 camera contingent is far from lacking, offering both front and rear HD shooters, 8-megapixel at the back and 2-megapixel around the front. The HD video produced by the rear camera seemed quite decent quality, though we’ll have to check how it holds up in our full review. An inbuilt dual-array microphone takes care of the audio side of video calling.

Unlike Dell’s consumer Windows 8 tablet, the Latitude model also has a Wacom active digitizer built-in for handwriting and drawing – though the stylus will apparently be optional and there is nowhere to store it in the tablet. Still, it’s always a great addition, and handy for navigating non-‘Metro’ apps without a mouse to hand.

Dell Latitude 10 Screen
Sporting the same 1,366x768p resolution as most of its rivals, the Dell Latitude 10’s 10-inch IPS screen is pretty nice. Naturally viewing angles are as good as ever, and brightness seemed very high, which counters the inevitable glossiness of the glass front. Colours were punchy and blacks deep, though we couldn’t measure dark detailing. 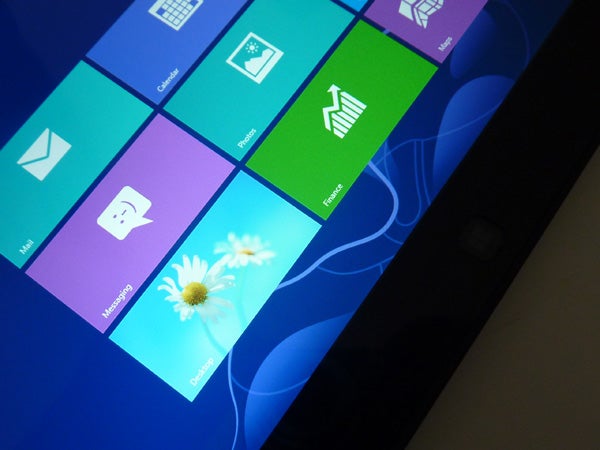 Dell Latitude 10 Specs
Specs are comparable to rivals, with a dual-core 1.5GHz Clover Trail Atom processor backed by 2GB of RAM. For storage there’s a choice of a 32GB, 64GB or 128GB SSD. 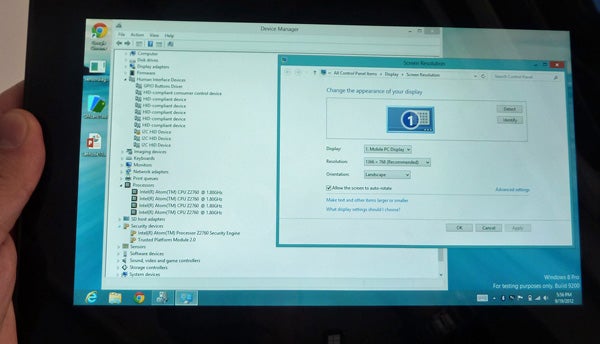 As this tablet runs the ‘regular’ version of Windows 8, you’ll be able to run all your legacy applications and software – those the hardware can cope with, at any rate. Still, everything we tried ran smoothly enough, again offering a comparable experience to Android or iOS, if not quite the same level of intuitiveness.

Dell Latitude 10 Battery
This is the kind of evolution we like to see: the removable battery is back. Most tablets, unfortunately, don’t have removable batteries. This not only means you can’t carry a spare for when you run out, but if the battery degrades to the point where it’s unusable, you have to send the entire device away. 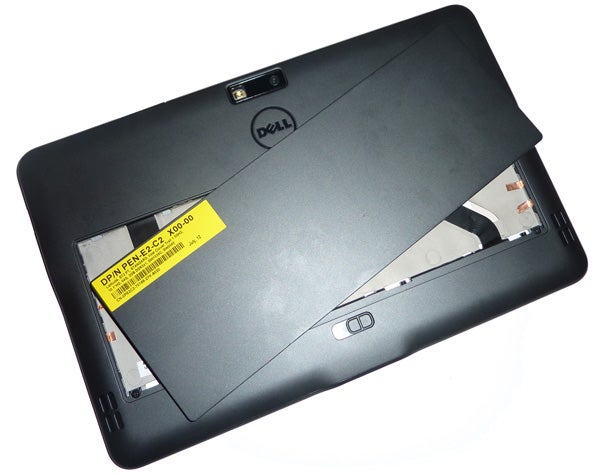 It’s a very smart move of Dell to give the Latitude 10 a removable unit, and it also allows a higher-capacity model in the future. Not that you’re likely to need this if Dell’s initial estimates for battery life pan out, as unofficial figures suggest as long as an incredible 16hrs from a single charge. 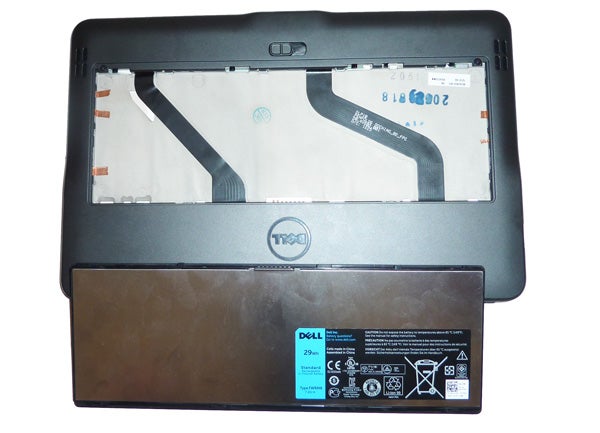 Dell Latitude 10 Release Date and Price
While actual pricing was not disclosed, TrustedReviews was told the Dell Latitude 10 would be ‘competitive’ with a comparable iPad. In other words, we can expect to pay around the same £479 that you would for a ‘basic’ 32GB iPad 3, while a Dell Latitude 10 with mobile broadband would be around the £579 that a 3G iPad 3 with the same amount of storage demands. 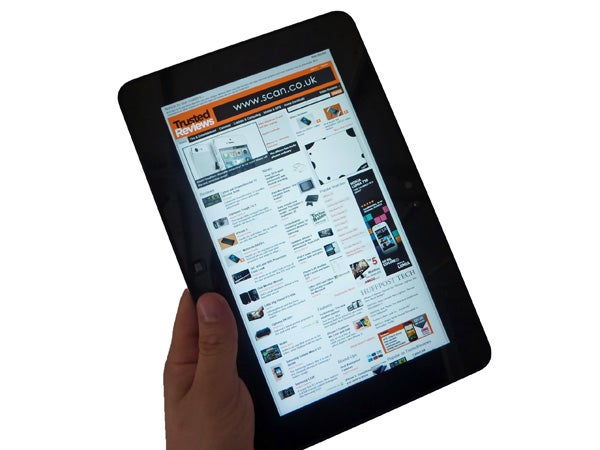 The Latitude 10 tablet will be released simultaneously with Windows 8, meaning we’ll get all the final details on the 25th of October. Expect a full review soon after.