Dell Inspiron One 2330 – Keyboard and Mouse

The bundled keyboard is simple but functional, as you expect from Dell. Ours didn’t come with a mouse but by the looks of it, it’s a fairly standard wireless affair: functional but uninspiring. The Windows Media remote control is also Dell branded, and comes with the standard volume control buttons you would expect, along with video controls and a big old Windows icon right in the middle. It’s quite small, but comfortable to hold, should you wish to enjoy the 2330’s media credentials on a regular basis. 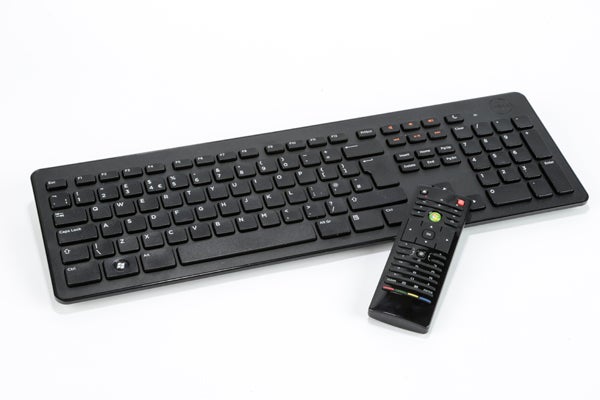 Dell Inspiron One 2330 – Speakers and Cameras

The minimalistic design Dell has gone for means that the speaker bar is included on the underside of the monitor, only visible when at full tilt. Considering this, the sound quality was pretty good, though the bass suffers compared to a good set of external speakers. If you want to use the machine as a true AV powerhouse, then you’ll want to do that anyway, undermining the aesthetic simplicity. Still its channels are clear and it can pack a surprising punch, even at half volume. 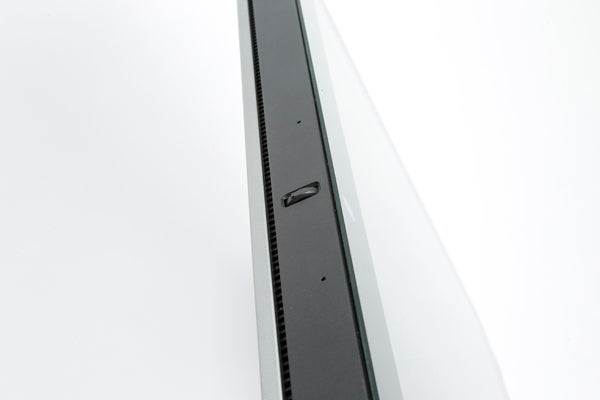 The webcam is embedded into the top of the screen and adjustable by a dial on the top, letting you change what the other person can see, from the ceiling above you to absolutely nothing but the dark insides of the PC. Image quality is exactly what you’d expect a 1.3mp webcam to be: sufficient for skyping, but not much more.

Dell Inspiron One 2330 – Specs and Performance

While most day to day humdrum office activities fly by on the Inspiron 2330, and browsing is quick and snappy thanks to its 8GB RAM and i5 processor, its general performance leaves a bit to be desired, particularly given its bulk. It recorded a PCMark score of 2784, barely better than some mid-range laptops that are half the size. 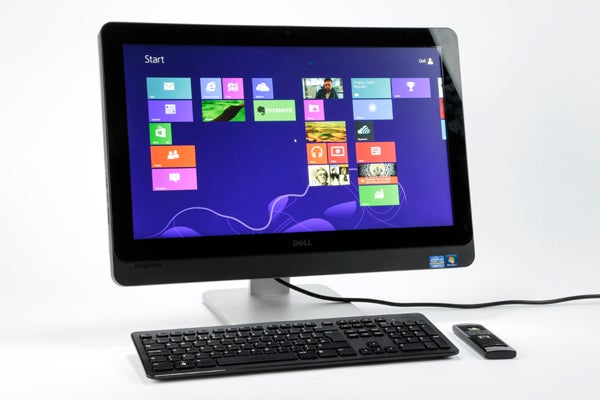 Sadly the dedicated 1GB AMD Radeon HD 7650 GPU doesn’t set the world alight either. Our standard 720p gaming benchmarks gave us 34.1 FPS in Stalker and 48.9 FPS in Trackmania. This means that the likes of Far Cry 3 and other more modern gaming delights are going to struggle without some serious compromises on detail or resolution but older games would work well.

To our mind, that’s pretty steep for a desktop PC that, while no doubt aesthetically pleasing, is a bit lacking in terms of raw performance and screen quality. Given their size, All-in-one PCs are always going to be less powerful than a full desktop, that’s the price you pay for the space they free up, but even with those limitations, we’d consider the gorgeous Lenovo Ideacenter A720 ahead of this, if you’re willing to pay premium for something bigger and better.

Verdict
Despite looking very stylish with its sleek curves and understated silver and black colour scheme, we find it pretty hard to offer the Dell Inspiron One 2330 a whole-hearted endorsement considering its price tag. With 3D performance that is just about acceptable, and its credentials as a media centre hampered by underwhelming screen quality, our general feeling is that a cheaper and uglier desktop PC would suit most day to day needs far better than this.

If you feel an all-in-one touch PC is the way forward, then you could do worse, but by stretching your budget a little further you’ll get some much needed extra bang for your buck.