Dell’s Inspiron One series of desktop computers is aimed at making the PC a full on entertainment centre, rather than a dull grey office tool, locked away from sight in the study.

Although Windows 8 and the touchscreen suggest you need to be sat close by to get the most out of the Inspiron One 2330, its Blu-ray drive and TV tuner ports suggest Dell is keen on the Inspiron 2330 being used as an entertainment platform, as well as a way of keeping spreadsheets up to date. The 23-inch screen, built in Blu-ray and 8GB of RAM and 2.8ghz i5 processor makes it look good on paper.

The attractive, sleek, curved, black all-in-one design makes it stand out as futuristic, especially compared to traditional boxy PCs. But is its beauty only skin deep, or does it offer the kind of performance we expect for given its £899 recommended price tag? 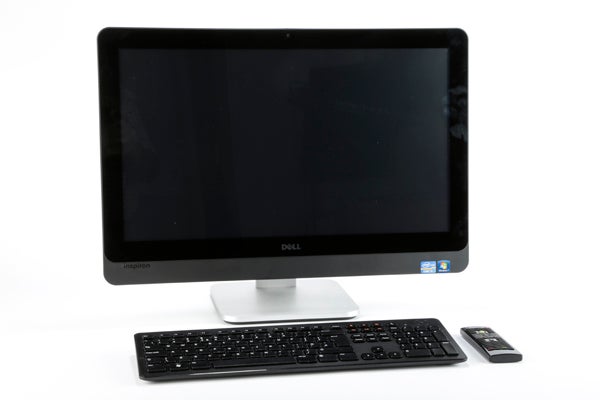 Dell Inspiron One 2330 – Design and Build

As an all-in-one PC, the Inspiron One 2330 offers a pleasingly chunky frame, without seeming bulky. It’s a design that doesn’t believe in sharp angles, from the frame to the accompanying keyboard and remote control. It’s most striking on the 23-inch touchscreen, with its mixture of glassy frame and matt plastic finish underneath, presumably to allow you to tilt it without leaving grubby fingerprints everywhere, although with a touch screen, that’s inevitable. A thick bezel surrounds the screen, but the Inspiron One 2330 pulls off the look thanks to the generous size of the viewable area. 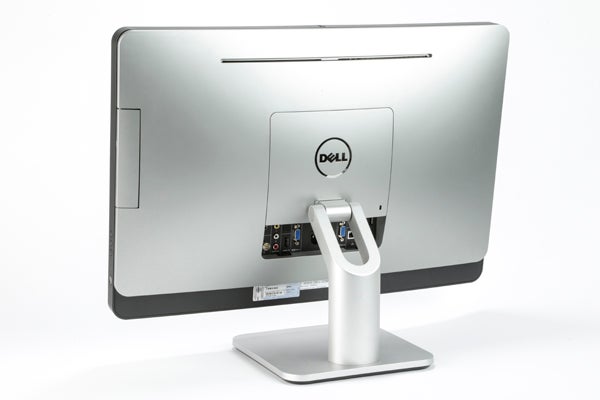 Round the back, the curves continue, but the colour-scheme changes for the silver stylings more commonly found on laptops. The stand feels sturdy, despite its small size. It offers a decent amount of flexibility up and down, although you can’t adjust the screen left and right without moving the entire thing.

On the left hand side of the Inspiron One 2330’s screen are headphone and microphone jacks, two USB 3.0 slots and an SDcard reader. Along the right hand side, are the various screen adjustment buttons, the built in tray loading Blu-ray drive, the hard disk light and the power button. 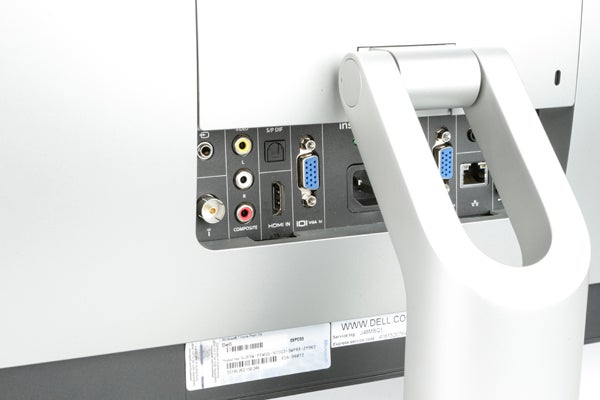 On the back of the PC, and much harder to reach, are a further two USB 3.0 ports and two of the slower USB 2.0 variety (one of these is out of action with a tiny wireless dongle for the keyboard and mouse). You’ll also find an ethernet slot, two VGA out sockets, one HDMI port, composite ports and a TV in port. The generous amount of connectivity points to where Dell sees this product sitting in the marketplace – it’s all about entertainment and productivity.

The screen, while certainly imposing, is something of a mixed bag. We like the general sharpness, but found some of the colour brightness a little oversaturated to our eyes – especially the greens. Tweaking with the settings mitigates this a little, but considering that it’s being pitched at being a screen for TV and Blu-ray watching, the viewing angles weren’t spectacular.  It does offer full 1920×1080 visuals, and the icons are sharp, but close examination of the screen reveals a strange fuzzy shimmering flicker around it – our best guess is this is something to do with the touchscreen technology found within. Extended viewing periods at close range could feel a touch uncomfortable. 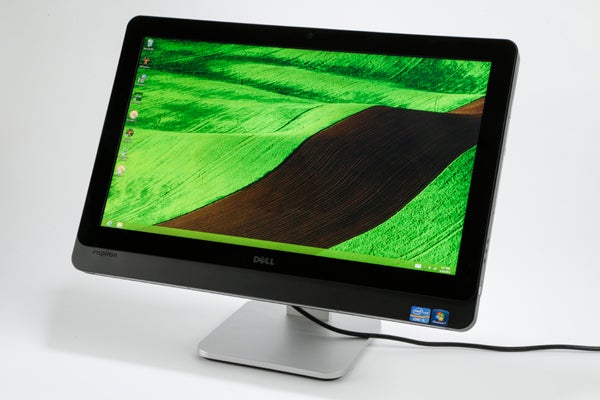 Of course, as it’s a touchscreen, we’ve only tackled the ‘screen’ half and not the all-important ‘touch’. Initially we found the touch to be a bit inaccurate, but after going through the Windows 8 calibration settings we’re satisfied that touch is as accurate as you could hope for, which is to say perfect for Windows 8’s chunky icons, less useful in the old fashioned standard desktop mode. It offers 10 point touchscreen support, and the spacious nature of the screen means this is comfortably possible, even for the non-piano fingered amongst us.

Next
Dell Inspiron One 2330 – Keyboard, speakers, specs and performance Review