Although it may seem odd to say so, Dell has been at the forefront of decent looking, cheap computer design for many years now. When it introduced the black and grey cases that have now become synonymous with the brand, it was an absolute revelation. Bland and beige were still the norm at the time and this new look really set the US builder apart from the competition. Now, after a few too many years relying on that distinctive livery, Dell has redesigned its Inspiron range of home user PCs, swapping matt black for glossy white and, er, well that’s about it actually. Still, it does look quite nice. 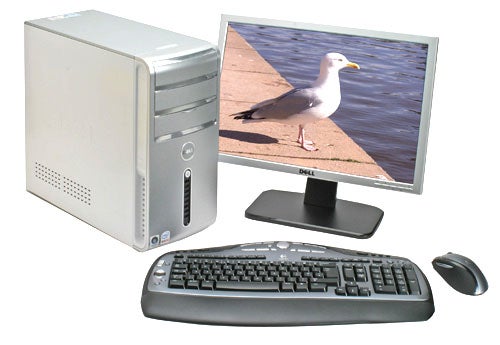 Aside from the glossy white panels the case is actually a fairly standard midi-tower and as such it has a sizeable footprint – an iMac competitor this is not (sorry, I had to throw an Apple reference in there somewhere). However, the extra space allows for more potential upgrades and expansion. A slim version of the Inspiron chassis is available in the US (and possibly other places as well) but here in Blighty the choice is limited to the full size case we’re looking at today.


Aside from the slim/non-slim choice, the Inspiron range is split up into two types, an Intel based platform, which has the model number 530, and an AMD one, which you’ll no doubt be flabbergasted to know is called the 531 (the slim versions are 530s and 531s). Both come with the same shiny white case and configuration options, though our particular review sample had a number of components and peripherals that are not currently available on the UK Dell website and the case was even wrongly labelled as a 531. We are assured that these issues will soon be ironed out though. 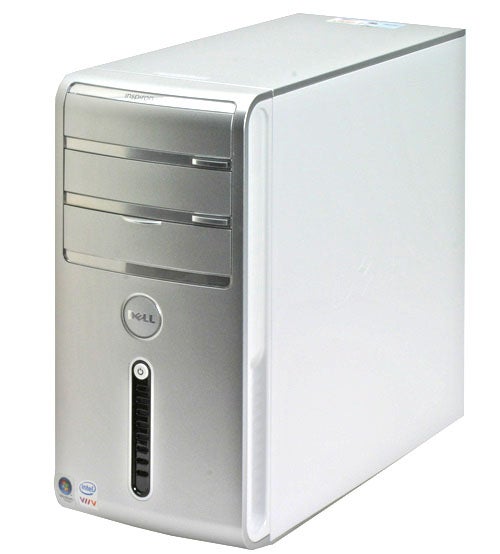 The front maintains a nice clean look thanks to a trio of doors that stealth the drive bays. Behind these sit a rewriteable CD/DVD drive, a multi format memory card reader and a spare 5.25in external bay for adding in another CD/DVD drive. Four USB 2.0 ports, a FireWire port, and a pair of audio jacks, for headphones and microphone, are also crammed in there, so all the usual features are present. The only thing that’s missing is an eSATA port, for a super fast one cable connection to external hard drives, but at this price that would be more a gift than a given.


The back is very sparse with most of the section where you find the connections to the motherboard being covered by a black plastic panel. What you do get, though, are four more USB ports, a 10/100 Ethernet port, analogue audio inputs/outputs (enough for 7.1-channel surround sound) and a separate expansion card houses two more FireWire ports. The graphics card has two DVI outputs as well as an S-Video socket and, in the box, you get a DVI to VGA (D-SUB) converter so you should be able to connect up pretty much any monitor, old or new.

Taking a look around the inside, as my enthusiast roots always compel me to do, we find quite a peculiar layout with the hard drives hanging sideways down the nearside and a huge gap behind them. I’m guessing the gap is there to promote better airflow, and consequently cooling, but I can’t really see that it would make that much of a difference. In fact, the case could easily have been made a few inches shorter without much effort and without making things too hot.


Elsewhere the insides conform to a very typical layout and if you do fancy upgrading (outside the warranty of course) you shouldn’t have any problems. However you won’t find any quick release mechanisms, hinged drive bays, or any other labour saving devices to aid you. 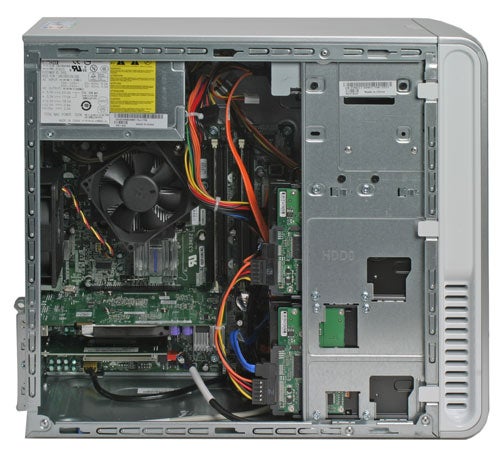 The system we were sent for review uses Intel’s E6320 CPU, which runs at 1.86GHz and has 4MB of L2 cache, a motherboard based on Intel’s P35 chipset and 1GB of PC-5300 DDR2 RAM. This lot will be plenty for most people and the only thing I might do would be to double up the RAM to 2GB.


Graphics come courtesy a discrete nVidia GeForce 8600 GT card, which is a pretty good match for a cheap home user PC. It will play all current games, the onboard video processing will make HD video playback a breeze, and let’s not forget it will power the oh-so-wonderful Windows Vista Aero desktop. If you really don’t think you’ll be playing any games then you can opt for basic integrated graphics and save yourself £94 (a rip off for an 8600 GT as it happens) but don’t, whatever you do, be tempted by the 8300 GS. Though it will run modern games, they will be so slow as to be unplayable. 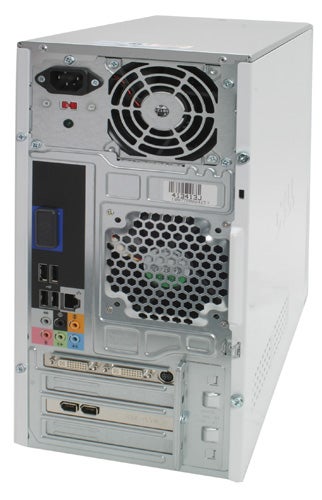 Included in the price of the base system is Microsoft Works 8.0 which is fine for most home users’ word processing and spreadsheet needs and you can of course add full versions of Office if you’re willing to stump up the cash. You don’t get any security software free but for as little as £24.99 you can add McAfee Security Centre 8.0 with a 15 month subscription.


Interestingly, given Dell’s recent announcements saying it will offer Linux preinstalled on its PCs and it will restart selling PCs with Windows XP, only two operating system options are available on the website. It’s either Vista Home Premium or Vista Ultimate for you and me – not even Vista Basic is on offer. That said, I would probably recommend Vista Home Premium to the average user anyway, it’s just nice to have the choice sometimes.

Our system shipped with Dell’s SE198WFP silver widescreen 19in monitor that is available at a £5.88 premium over the standard 19in widescreen panel. Quite whether the silver bezel really justifies the extra cost, I’ll leave up to you, but either way you get a 1,440 x 900 resolution panel, DVI and D-SUB connections and a complete lack of adjustability. Well, not quite complete, the monitor can tilt back and forth. 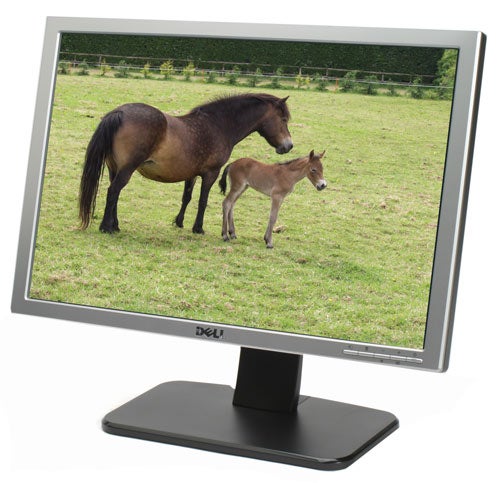 As with the PC Specialist system I recently looked at, even though the monitor and graphics card can both receive and send a DVI connection, respectively, Dell has chosen to ship the system with a VGA cable and a DVI to D-SUB converter to connect it. For someone like me this isn’t a problem as I have plenty of spare DVI cables knocking around, but the average user won’t and they’ll be stuck using an inferior connection for no good reason. This means, again I’ve been forced to test with the supplied cable to make a fair judgement about what you should see upon receiving the system.

The monitor’s image quality is nothing special and in particular colours are not that accurate. However, assuming you’re not going to be editing photos and videos, it’ll get the job done. You can of course specify no monitor and source one yourself, which is something I’d be inclined to do.


In a very welcome turn up for the books, our review sample shipped with Logitech’s MX3000 Cordless Desktop keyboard and mouse set. Although now deprecated for the MX3200, this set is great to use with a very pleasing keyboard action and fast, accurate mouse movement. Both offer plenty of extra buttons and dials for performing multimedia functions and overall I couldn’t recommend it highly enough over the bog standard set. You do of course pay for what you get and the £72 extra is quite a hefty premium to stump up but you certainly won’t regret it.

Standard warranty is one year collect and return but this can be extended to three years for £99 or even three years hardware warranty plus one year Presto software support and advice service for £197. You can also sign up to a variety of other services including online data backup which starts at £22.99 for 3GB and accidental damage cover from £68.99 for the first year.


Dell’s latest range of home user PCs are better looking than ever and for the basic models, they’re still as cheap as chips. However, as soon as you start adding extras to your configuration the price quickly rises and alternatives from other manufacturers may be worth a look. Also, the down turn in the quality of Dell’s monitors means I’d recommend looking elsewhere for your display.