Dell’s choice of components for the Dell Inspiron 24 7000 are sensible given the Inspiron’s broad remit, but none will set the world alight.

The Core i5-6300HQ is the entry-level chip from Intel’s mobile range of Skylake processors. That means a mixed specification. Its 2.3GHz stock speed is reasonable and can boost to a Turbo peak of 3.2GHz, but its four cores aren’t Hyper-Threaded, so multi-tasking will take a hit.

It’s a tad slower than the Core i5 included with the £1,049 iMac 21.5in, which starts at 2.8GHz and tops out at 3.3GHz. The CPU is accompanied by an Nvidia GeForce GT 940M graphics core. On paper, that sounds good, but you’d be wise to manage your expectations.

The chip has 384 stream processors, which is the same number as the Intel HD Graphics 6000 and Iris Pro 6200 cores that are included in all 21.5in iMac models. And the Nvidia core’s 1,072MHz clock speed is barely better than Intel’s hardware. The Nvidia core has 2GB of dedicated memory, which will provide an edge in tougher tasks.

There’s little to shout about in the memory and storage departments, either. The 12GB of memory is plenty, but it runs at an uninspiring 2,133MHz, and the 1TB hard disk is only a 5,400rpm model, the effects of which you’ll notice when opening bigger programs and searching for files.

It’s a fine specification for general home and office tasks, but the Dell’s components don’t excel in any particular area. And Dell doesn’t go overboard with alternative specifications, either: the only other model available costs £1,049 and adds a Core i7-6700HQ and an extra 4GB of memory.

The Inspiron made an underwhelming start with scores of 2,732 and 8,873 in the single- and multi-threaded Geekbench tests. The former result isn’t much quicker than the quickest mobile devices, while the latter is about half as quick as the beefiest desktop PCs. 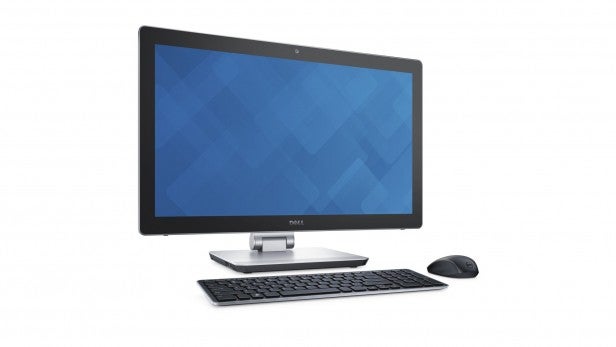 The Dell’s middling results continued in PCMark 8, where it scored 3,446 in the Home benchmark. That, again, is enough power to handle general computing tasks, but it just isn’t enough grunt for more demanding work.

As far as the games tests are concerned, the Dell’s best performance came in Grand Theft Auto V. But even here I had to tone down the game to Medium for it to be playable – and its minimum and average frame rates of 24fps and 34fps won’t guarantee constantly smooth gameplay.

You’ll have to tone down the graphics settings even lower to achieve smooth frame rates in other titles. I managed to get Dirt Rally running smoothly at 1080p only with the game’s Low preset selected – and even then its 32fps average gave way to a 26fps minimum. Shadow of Mordor was tougher: to get a 33fps average I had to load the game’s lowest settings at a substandard 1,366 x 768 resolution. 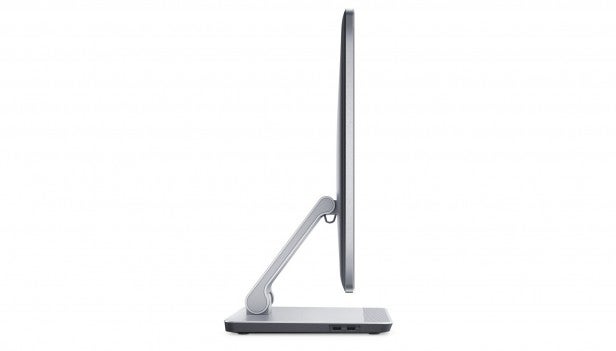 It’s a mixed bag of benchmarks that mean high-end games will run only after graphics settings are dropped to middling or low levels, and it isn’t far beyond what I expect from Intel’s latest integrated chips – including those inside the iMacs.

The Nvidia GPU will provide only a slight helping hand to graphics-based work, too, so don’t expect the Inspiron to handle anything more than basic photo editing.

The middling processor and graphics card are helped by the 12GB of memory, but they’re both hindered by the hard drive. The 1TB drive included rotates at a sluggish 5,400rpm and limped through the AS SSD sequential read and write tests at speeds of 100MB/sec and 80MB/sec.

That’s significantly slower than most hard disks and miles behind SSDs, and those poor results had a real-world impact – I regularly found applications and menus slow to open, which proved irritating.

The modest components did mean that the Dell performed well in thermal tests. Its main components peaked at temperatures in the mid-70s, and the fans inside produced only a little noise – easy enough to drown out in a busy house or office.

Dell’s latest machine has plenty to recommend it, but there’s nothing about the Inspiron 24 7000 that really stands out.

Its exterior is smart and sturdy, with subtle style and decent practical features such as its port selection and versatile stand. The screen and speakers offer ample quality for home and work use. The components are fine, but they’re never going to allow for serious work or proper gaming – and the underwhelming hard disk and wireless chip undermine the rest of the machine.

The Inspiron manages to be one of the better Windows all-in-ones on the market, but it still faces keen competition from Apple’s iMacs. Still, if you need a general-purpose PC and choose to remain on Microsoft’s side of the fence, you won’t be disappointed.

Dell’s machine is decent in most areas, with impressive build quality, a decent screen and reasonable components, but it fails to get beyond that in any one department – and that leaves this machine as a good-quality all-rounder and nothing more.