Dell’s Inspiron brand has been around for ages and has seen plenty of transformations in its time. These days it represents Dell’s entry-level, value range, which is why its netbooks go by the title Inspiron Mini. At the opposite end of this spectrum is the Dell Inspiron 1764 (aka Dell Inspiron 17). With a massive 17.3in display and weighing 3.2kg it is about as far as you can get from a netbook without turning into a full-blown desktop. 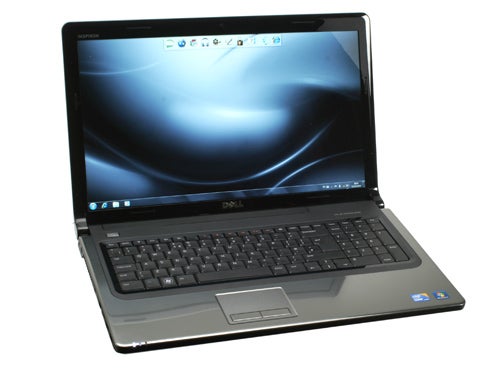 As is increasingly the case now, the Inspiron 1764 comes equipped with processors from Intel’s new Core ix range. In this instance it’s a Core i5-430M, a dual-core processor that defaults to 2.26GHz but can be ‘turbo clocked’ to 2.53GHz where the need arises. This is effectively the mid-range option on the 1764, since you can also get a Core i3-330M, if you’re willing to sacrifice raw performance to save money, or a slightly faster Core i5. In our test system the CPU is backed up by 4GB of DDR3 RAM, Intel’s GMA HD graphics and a 320GB hard drive.


Being Dell there are various configurations available. Our review model would cost you £577.98 and sits somewhere in the middle of the price-range, but this does include the extra £29 for the ‘Promise Pink’ lid. Without that optional extra (as standard the lid is black) it would cost £548.98, while the most basic spec will set you back just £449. 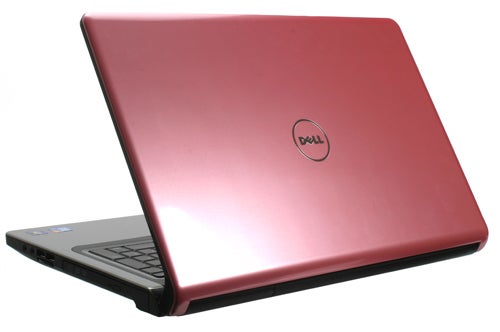 We won’t go through all the potential permutations here, but it’s worth pointing out that you can get discrete graphics (from a choice of two ATI cards) and up to a 500GB hard drive. These options, however, are only available as broadly defined upgrade packages – you can’t tailor the machine to your exacting requirements like the company’s more expensive models.


Most models, including the version sold by PC World and other e-tailers, feature Wireless-G Wi-Fi. N Wi-Fi is only available on the most expensive base-spec, as is Bluetooth and a Blu-ray drive. Not that you’d really want the latter given the only display option is the standard 1,600 x 900 resolution, LED backlit effort. It’s a good resolution for normal users after a large, readable display, but it’s not ideal for Full HD video content. 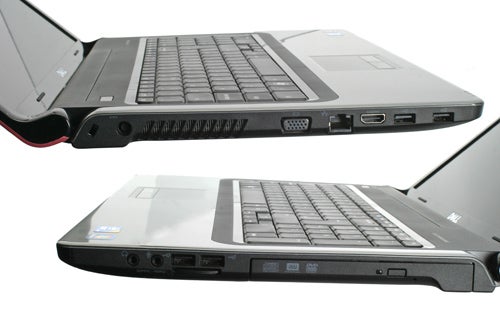 Connectivity covers all the basics, but not a lot else. There are four USB ports, a couple of audio jacks (1x headphone, 1x microphone), a multi-format card reader, VGA and HDMI for video and a Gigabit Ethernet port, but no eSATA a no standby powered USB ports. We’d have at least liked the latter, particularly as competing models from Samsung have them.

We feel compelled to praise Dell’s uncomplicated design. It’s been a facet of all their recent products and the 1764 is no different. We like the option of a coloured lid too, though the choice between pink and blue in addition to the standard black seems a little limited. If we’re going to pay £30 extra for it, some greater variety doesn’t seem an unreasonable demand. 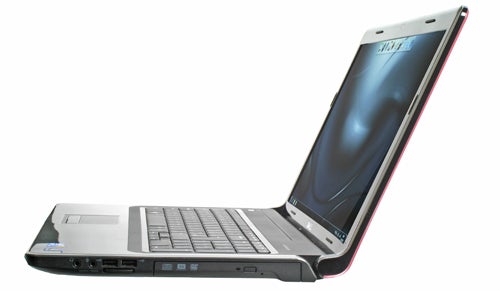 All the same, whatever lid you choose, inside the machine exudes stylish simplicity. We love the silver palm-rest segment, which creates the illusion of brushed metal despite actually being plastic, and it sits very nicely alongside the matte black keyboard and glossy black screen bezel.


It helps that, despite being a considerable 420mm wide, the 1764 is actually quite thin – just 28mm at its thickest and as little as 20.5mm at the slightly tapered front edge. This is aided by the slim lid, which is made possible by the now ubiquitous LED backlighting that lights the display. 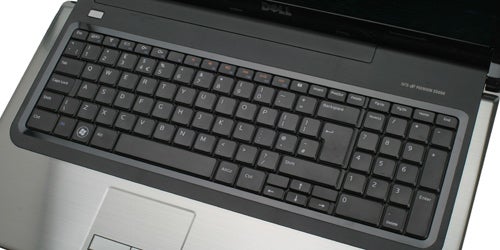 The display itself does suffer from quite narrow viewing angles – a common problem among laptops – but on the plus side it’s very bright and sharp. It also delivers nice, rich colours and a good sense of contrast in videos. It still struggles to bring out finer shadow detail, but for general use it can’t be fairly faulted. Its 1,600 x 900 pixel resolution, while not great for Full HD content, offers decent desktop real-estate.


It’ll certainly do for both entertainment and productivity, but the speakers – “enhanced” by SRS technology – aren’t much to listen to. It doesn’t help that they’re housed beneath the front edge of the machine, but nonetheless they’re the usual, slightly tinny speakers we find on so many laptops. They do reach decent volumes, however, so are good enough for online video and similar. 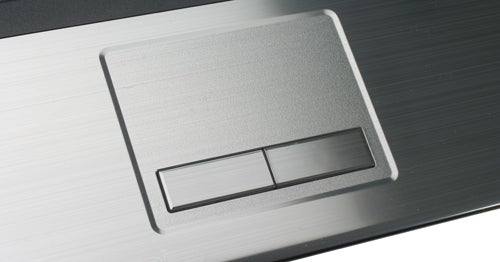 We were similarly underwhelmed by the keyboard. In some respects it’s quite good. Its layout is fine and there’s a numeric keypad, which is always a useful addition on a large laptop. Unfortunately, while accurate enough, the key actions feel light and cheap, lacking the defined snap we’d like and exhibiting a slightly annoying rattle. It’s still perfectly usable, but it could and ought to be a bit better.


We had no such issues with the touchpad. Though it lacks the now fashionable multi-touch support, it works fine and is well-proportioned. Its two buttons give good feedback.

Going by the overall score in PCMark Vantage alone, it appears the Dell performs very similarly to the Samsung R580 we reviewed recently. This makes some sense given they’re also similarly priced (at least in this configuration), but in reality they achieve this by different means. While the Dell has a faster processor, its Core i5 outperforming the Core i3 powered Samsung comfortably in the some of the more CPU intensive tests, where gaming is concerned the Samsung has a significant advantage.

We can see this advantage in the Trackmania Nations benchmark, where the Dell’s 25.2fps is half that of the R580’s 50.2fps. It’s a horses for courses issue, however, since if you want that bit of gaming performance you can re-jig the 1764 to use the same Core i3 processor as the R580 and add an ATI Mobility Radeon HD 4330 – a combo that will cost £529, albeit with a 320GB hard drive. Moreover, compared to the Samsung R730 and its older Intel CPU and integrated graphics combo, the Dell doesn’t come out too badly – not that this makes it a good gaming machine, mind.

Of greater concern, although not related to performance per se, is that the Inspiron is a comparatively noisy machine – particularly for a big laptop. It’s not necessarily that its fan spins up more than other laptops, though it wouldn’t surprise us were that the case. It’s more that it spins very fast and conspicuously, particularly when the system is called upon to do taxing tasks. We wonder whether this is a result of the slim chassis making cooling less efficient, but whatever the cause it’s quite annoying.


This is no reflection on the overall build quality, however, our impression of which is generally positive. Keyboard aside, which we’ve already covered, this is a very well screwed together system with a strong, smooth hinge action on the screen. There are also quick access hardware panels, making this an easy system to upgrade should you need.

Battery life is very good, too. In some respects this is to be expected given the decent six-cell (49 Watt-hour) battery and frugal integrated graphics, but nonetheless the three hours and 46 minutes in MobileMark 2007’s Productivity benchmark is great for such a large laptop. Two hours of DVD playback is a good result, too, and you should get closer to two and a half by reducing screen brightness.


This is a good desktop replacement laptop which, however you configure it, offers excellent value for money and performance. It’s got a simple, stylish chassis too, but it’s let down by a slightly iffy keyboard and a noisy cooling fan.

Regular readers will notice we’ve changed the normal format of this laptop review. Let us know what you think in the comments.

While the overall scores would suggest that the Dell and the Samsung R580 are evenly matched, their strengths lie in different places. The Dell has a faster processor, as seen in the Communications and Productivity tests, but the Samsung matches and exceeds it where graphics related applications are concerned.