Dell can usually be relied upon to give the consumer a wide choice when it comes to laptops, and is now doing the same with Ultrabooks (slim laptops with decent performance). It started out with the premium Dell XPS 13 and XPS 14, but now we’re looking at the budget end of the company’s Ultrabook range: the new Dell Inspiron 14z.

With a starting price of £479, the 14-inch Inspiron 14z is definitely one of the cheapest Ultrabooks going. Yet it still manages to come clad in metal and offer some decent features, and it’s one of the few Ultrabooks on the market to sport a built-in optical drive. 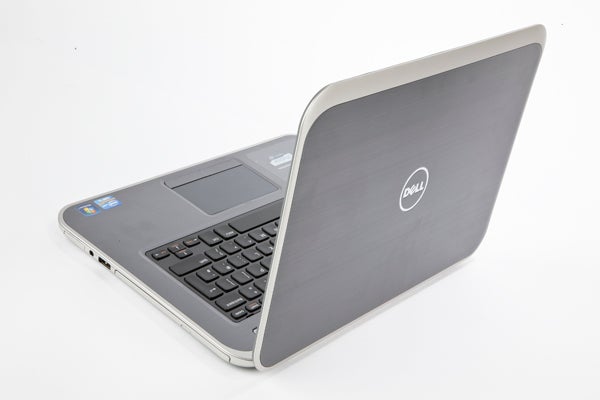 Specs are also very flexible. You can go all the way from the base config of a Core i3 with 6GB of RAM and a 500GB hybrid hard drive, to a Core i7 with 8GB of memory and a nice 256GB SSD, along with dedicated AMD Radeon HD7570M graphics.

Compared to the lovely and clean design of Dell’s XPS range, the Inspiron 14z comes across as rather lacklustre despite all that lovely brushed metal. This is mainly because Dell has used various bits and panels rather than offering a unified, harmonious whole.

The Inspiron 14z’s lid is actually fairly attractive. It consists mainly of a brushed gunmetal-grey aluminium panel with the Dell logo embossed in chrome and a matt silver outer surround made of solid plastic. 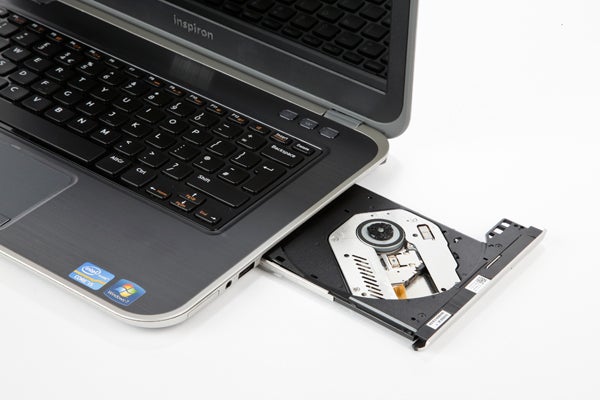 It’s when you open this laptop up that things start going downhill. Inside the Dell Inspiron 14z offers a matt black screen bezel with the silver trim from the lid changed to a matt dark grey.

However, the surround on the base is back to silver, which contrasts with the keyboard surround and palm rests in the same gunmetal grey aluminium as the lid. This in turn doesn’t gel well with the glossy black keyboard with its matt black keys. To add insult to injury, there’s a massive chrome power button to match the chrome-finish hinges. 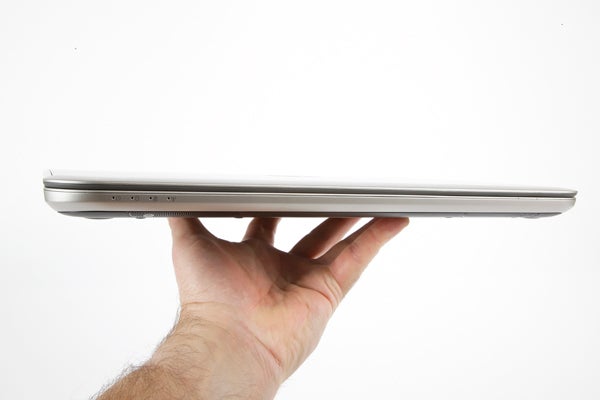 That’s probably more types and colours of finish than we’ve ever seen on a single laptop, and we can’t help but wish Dell’s design department had held the creed that “simplicity is beauty” a little closer to mind when it came time to create the Inspiron 14z’s looks. Having said all that, this 14z isn’t ugly, but it looks a little too much like ‘my first laptop’ to earn plaudits in the design department.

Build quality on the good side of decent. Overall there’s a bit more give and creak in parts of the chassis than we would like, but none of it feels fragile. Our main concern would be the give in the keyboard, which is especially galling if you buy the maxed-out Dell Inspiron 14z for over £800. 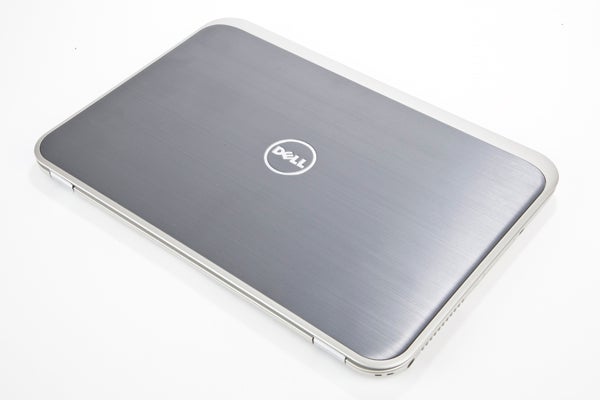 It’s also worth noting that the Inspiron 14z is rather thick and heavy as Ultrabooks go. The extra thickness of just over 20mm is largely accounted for by the optical drive, but at 1.87kg (for the hard drive version), the Inspiron 14z is really getting far too weighty for a 14-inch ultraportable.

Connectivity is good for such an affordable Ultrabook. On the left you’ll find a Gigabit Ethernet port, full-size HDMI and USB 3.0 port. In an effort to maintain a premium aesthetic, Dell has hidden these left-most ports behind sturdy plastic flaps, which seem quite robust and are easy to open. However, even if they’re handy for keeping dust out we aren’t big fans of these kinds of contraptions, as they get in the way more often than not. 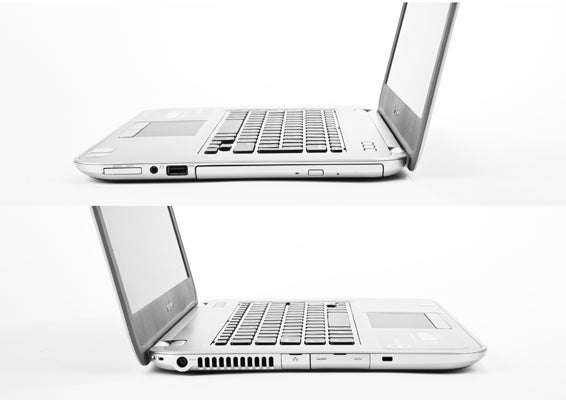 On the Inspiron 14z’s right, there’s an SDXC card reader, headphone/microphone jack, second USB 3.0 port and of course that optical drive, a tray-loading 8x DVD rewriter. Thankfully, the USB port here is left bare – which arguably balances out our earlier complaint, as the average consumer for this laptop won’t usually need to insert more than one USB peripheral/cable at a time.

On the wireless side of things you’ll find nothing fancy, just the usual Wi-Fi N and Bluetooth combo. As with every laptop worth its salt these days, the Dell Inspiron 14z sports a HD 720p webcam for video chatting, and it works as well as most.

Used as our main laptop for the review period
Tested for at least a week
Used consistent benchmarks for fair comparisons with other laptops
Reviewed using respected industry benchmarks and real world use
Next
Usability, Screen, Speakers, Software Review